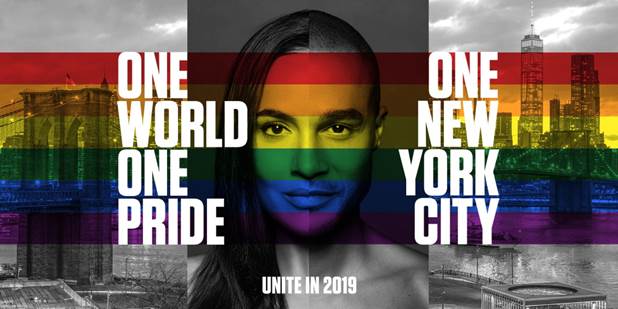 The Dutch documentary Monument of Pride ( Monument van Trots) will be screened at the Netherlands consulate-general in San Francisco on June 27th. Free tickets are available here.

For decades Holland is known as one of the LGBTQ-friendliest countries in the world. But how did gay emancipation develop in the Netherlands? How did this country get from executing sodomites in the 18th century to being the first in the world to legalize gay marriage in 2001? The documentary Monument of Pride tells the story of the ‘pink revolution’ in the Netherlands. Historical images alternate with current events held on the Amsterdam Homomonument with portraits of today’s activists.

Turn it Around screening:

Something About Alex screening:

Dutch Short ‘Something About Alex’ is screened at the Palm Springs Short Fest on June 20th. A 14-year-old boy develops a close friendship with his older sister’s boyfriend and must confront the depth of his feelings when the couple announces that they will be moving away.

In celebrating New York Pride Week, the UK’s Department of International Trade, NGLCC Global, NGLCC New York, BelCham, the Consulate General of the Netherlands, and INGBank are delighted to host the 2019 UK LGBT Founders Mission to New York City. Join them to kick off World Pride by taking a closer look at LGBT economic empowerment from a public and private sector perspective! The June 27 event will include a panel discussion, networking opportunities, and reception. Irene Hemelaar from Heavenly Creature will be one of the speakers. RSVP here.

Starting in mid-June, Kings and Queens photographs will be displayed in the windows of CUNY law school. Kings and Queens will also be exhibited at BAM where they will take part in the Everybooty event (June 29)  in honor of  Stonewall 50.

The official Pride Parades in NYC and San Francisco will take place on June 30. 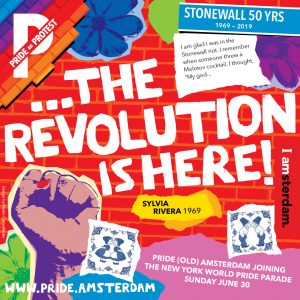 The Rainbow Dress will be shown at several corporate events in NY in June, including the at BNY Mellon, who presents WorldPride 2019: Leading the Way for Equality on June 25th. “WorldPride 2019: Leading the Way for Equality” will include the unique opportunity to view an installation of the Amsterdam Rainbow Dress* in BNY Mellon’s headquarters lobby; remarks by BNY Mellon leaders and guest speakers including Arnout van Krimpen, Production Director of the Amsterdam Rainbow Dress Foundation; and a panel discussion reflecting on the role the financial services industry plays in furthering diversity and inclusion. RSVP here.