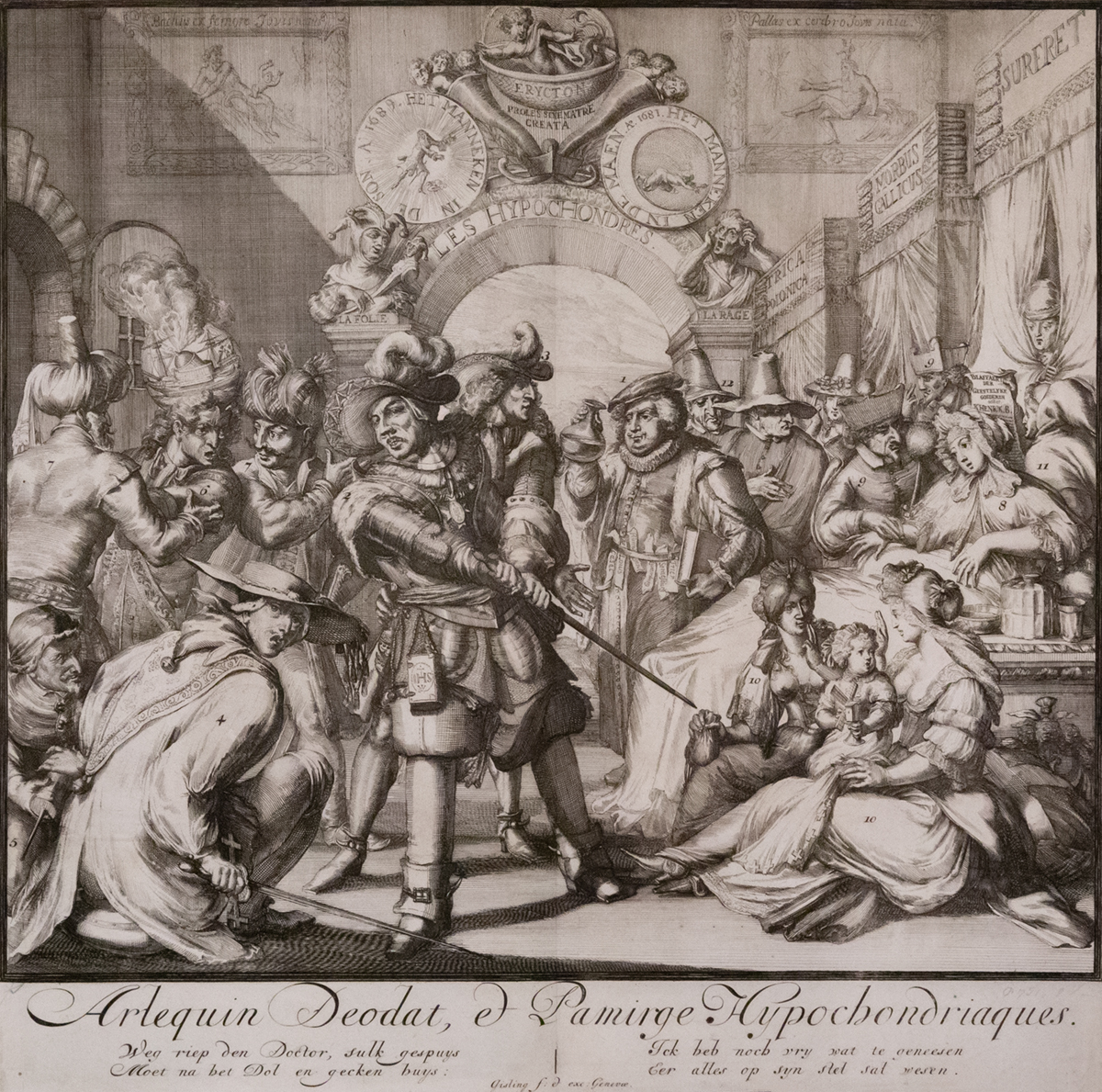 When evoking the Dutch Golden Age, paintings by Rembrandt and Vermeer may come to mind, but the Golden Age was also a time when the Dutch were at the vanguard of political printmaking.

Krannert Art Museum has amassed the largest museum collection of early modern Dutch political prints outside of Europe, thanks to strategic acquisitions guided by Maureen Warren, KAM’s curator of European and American art.

Dutch society in the early modern period (1500-1800) was a time of great political strife, and printmakers used images to fuel political divides and shape public opinion. Prints were a unique medium in Europe at that time because they could be weapons to criticize government and powerful politicians, Warren said.

“The Netherlands was a republic in a sea of monarchies. It’s why they have this really radical printmaking and image-making a full century before most of their neighbors. There were talented, technologically-savvy printmakers putting tremendous financial and intellectual resources into making political arguments through provocative imagery.” Maureen Warren, KAM’s curator of European and American art

Warren, a leading print curator and scholar of early modern Dutch art, is curating the exhibition, planned for fall 2021 and provisionally titled “Fake News and Lying Pictures: Political Prints in the Dutch Golden Age.” The museum received a grant from the Getty Foundation to support the exhibition and an accompanying publication through The Paper Project, a funding initiative focused on prints and drawings curatorship in the 21st century. The exhibition will look at how images were used to put a favorable spin on events and persuade people to believe a certain retelling of history. During the past year, KAM has added more than 100 Dutch political prints from the late 16th to the early 18th centuries. They portray a broad range of themes and formats, and add a wide variety of printmakers to KAM’s already strong collection of works on paper.

“I’d like audiences to see the 17th-century Netherlands a little differently. People think of the tranquility Vermeer’s milkmaid and Rembrandt’s windmills, so they can imagine this was a peaceful landscape. Politically, it was a maelstrom. Opposing groups were fighting tooth and nail, sometimes quite violently. I’d like this exhibition to resonate with our political culture and fake news in our own age, and to lead visitors to see how we continue to be persuaded by imagery.” Maureen Warren

Warren said some of the Dutch prints KAM acquired are not often collected by museums, even if they were made by prominent artists. Polemical images were often printed on broadsheets that would contain a large amount of text, so curators have seen them as more properly belonging to a library, not an art museum. But Warren and Seydl see the ways that visual culture and political culture are deeply connected through these works. To bring them to KAM, Warren wrote a successful application to the U. of I.’s John N. Chester Endowment Fund, which supported one-third of the total acquisitions.

“This is not a library collection. These are works by the finest artists in the 17th-century Netherlands working in the field of print,” Seydl said. “We were able to acquire a remarkable number for their quality and importance.”

Such Golden Age prints are often rarer than fine art prints of the period, said Brooks Rich, the associate curator of Old Master prints at the National Gallery of Art.

“Paradoxically, popular prints from this period were often produced in larger quantities but tend to survive in smaller numbers,” Rich said. “These prints were made for mass consumption, and they weren’t necessarily seen as something to collect.”

After being read, broadsheets might have been used to back the bindings of books or to line drawers or shelves, he said.

“Prints were part of everyday commerce and living in ways we don’t think of now. I think it’s important that museums collect them because they are a means to really understanding the ways that everyday people consumed information and art,” Rich said. “Prints could reach a lot of people in a very short amount of time for not very much money. Not everyone could afford to buy a painting, but they could often afford to buy a print that reproduced a painting or a penny print that produced satire or local news.

“There was such a broad range of uses and functions for prints, and they can be interpreted in so many different ways, so having a collection like this that includes overlooked popular prints is valuable for scholarship and our understanding of the period,” he said.

In addition to political propaganda and satire, the newly-acquired prints include views of the daily lives of women that depict their relative autonomy and independence in Dutch society. Other prints show images of Dutch naval power, trade, war and crime.

“We tend to think employing images for political satire is a relatively recent phenomenon. I think it’s important for folks to understand that it has a really long history and that this type of material was a critical part of the freedom of expression,” Seydl said.

“Krannert Art Museum has good examples, particularly in painting, of art from the Dutch Golden Age, but the collection lacked works that address political culture. In one stroke, this series of strong acquisitions turns the University of Illinois into an important center for this material. We're also thrilled to have an exhibition in the works so students, faculty and the public can see the prints firsthand.” KAM director Jon Seydl