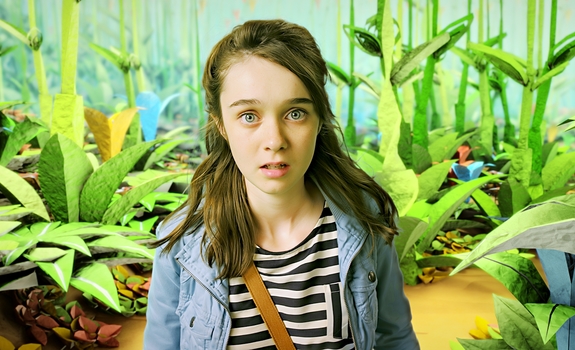 Dutch-Belgian film ‘Labyrinthus’ is to be screened at the Cleveland International Film Festival on March 28th. The film is an Eyeworks and Savage Film co-production.

Frikke, 14, leads a boring life. School is easy and his friend Marko is girl-obsessed. One day a cyclist nearly runs him over, leaving a backpack behind. In it are a USB key and a box that looks like an old camera. When he plugs the USB into his PC, a cheerful-looking game starts. But suddenly a girl appears, begging for help — Her name is Nola, and she is stuck in the game’s labyrinths. A sinister figure in black wearing a bird mask is pursuing her through the changing game environment. If Frikke quits or loses, Nola will die. Meanwhile, Nola’s physical body lies comatose in a local hospital. Frikke’s avatar accompanies virtual Nola through gigantic mazes as they try to break the code that will free her. When Marko also disappears into the labyrinth, Frikke realizes he must find the game’s evil creator before it’s too late. LABYRINTHUS is an eye-popping movie that takes you smack into an alternate reality.

The Cleveland International Film Festival promotes artistically and culturally significant film arts through education and exhibition to enrich the life of the community.

The Cleveland International Film Festival is a leader in helping the world discover the power of the film arts to educate, entertain, and celebrate the human experience.