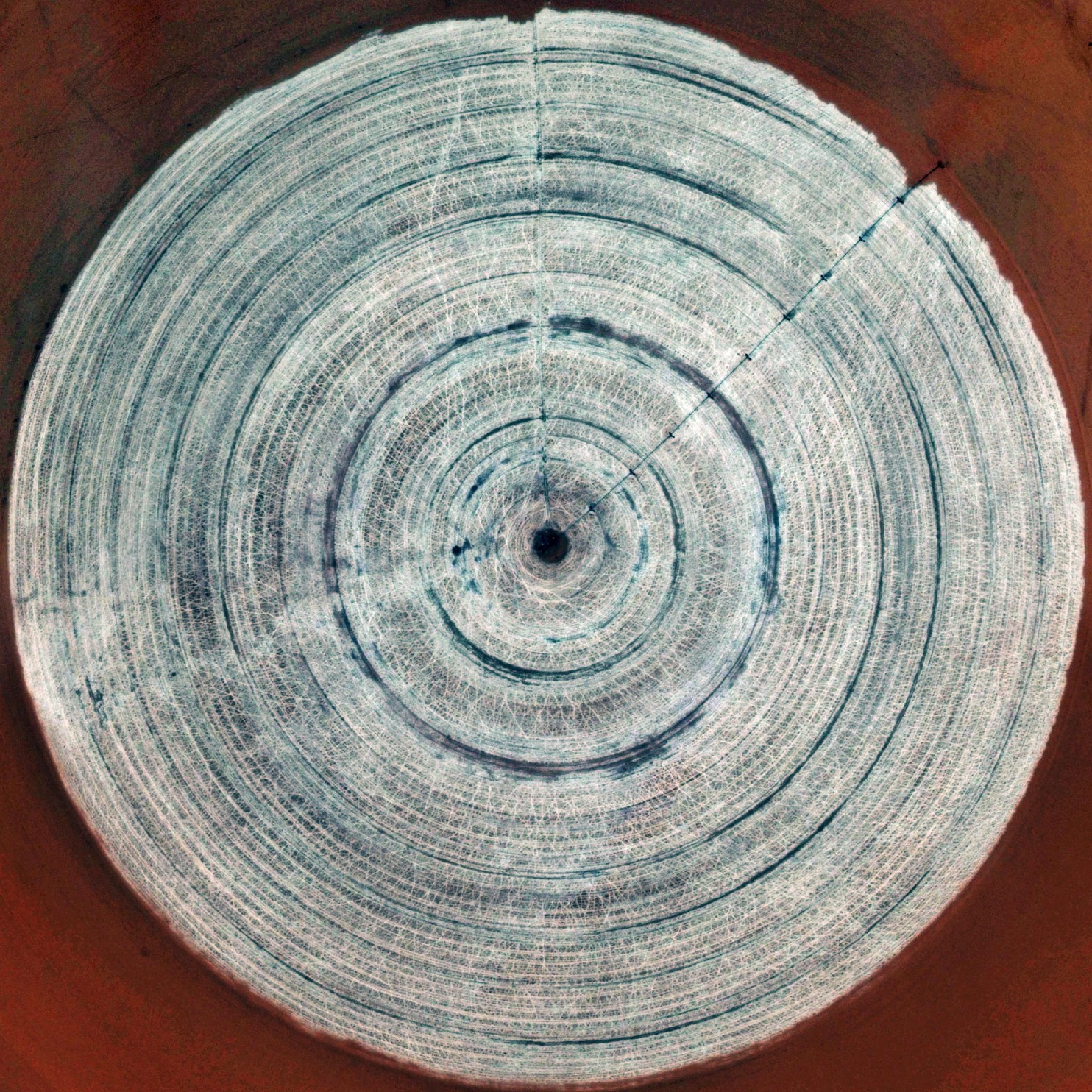 Dutch-born artist Gerco de Ruijter has become known for his somewhat unconventional approach to aerial photography and his technique of piloting his camera with a kite or a fishing rod in order to capture his photos. Much of his career has been spent documenting the open landscapes of the Netherlands and Iceland, bringing about a surrealist effect to barren lands. The Washington Post recently wrote about Gerco de Ruijter, click here to read the entire article and see more images of his latest work.

‘One large geometric circle with a pivoting arm after another, the images replicate a clock or a watch and beg the question: Is de Ruijter implying a counting down to something inevitable? Unavoidable? But de Ruijter himself insist his series was not created to speak to a larger issue of water usage or irrigation techniques in the United States or any other place. “What is similar in my work and that of abstract geometrical painters,” he tells the Hirshhorn as part of his recent exhibit ‘CROPS: Black Box series’, “is foremost that we do not dish up a story or a deeper meaning. The viewer sees nothing but the image itself.”
Drawn toward the minimal aesthetic of barren patches of land with bright green and blue patches “floating in it” as seen from overhead, de Ruijter began documenting the surreal beauty of irrigating circular fields. In 1990 de Ruijter began experimenting with movement in his images, and in 2013, with the help of Google Earth, de Ruijter was able to locate crop circles spread out across the Southwest U.S., and he began amassing photos of over 1,000 crop circles, turning the results into a four minute stop-motion film, “CROPS.” An exhibition titled “ANTI-GRAND Contemporary Perspectives on Landscape,” featuring de Ruijter’s series recently wrapped at the University of Richmond’s Harnett Museum of Art.’ – Nicole Crowder, The Washington Post

The exhibition featured 24 contemporary, international artists, artists’ collectives and game developers who examine, challenge, and re-define the concept of landscape while simultaneously drawing attention to humanity’s hubristic attempts to relate to, preserve, and manage the natural environment.