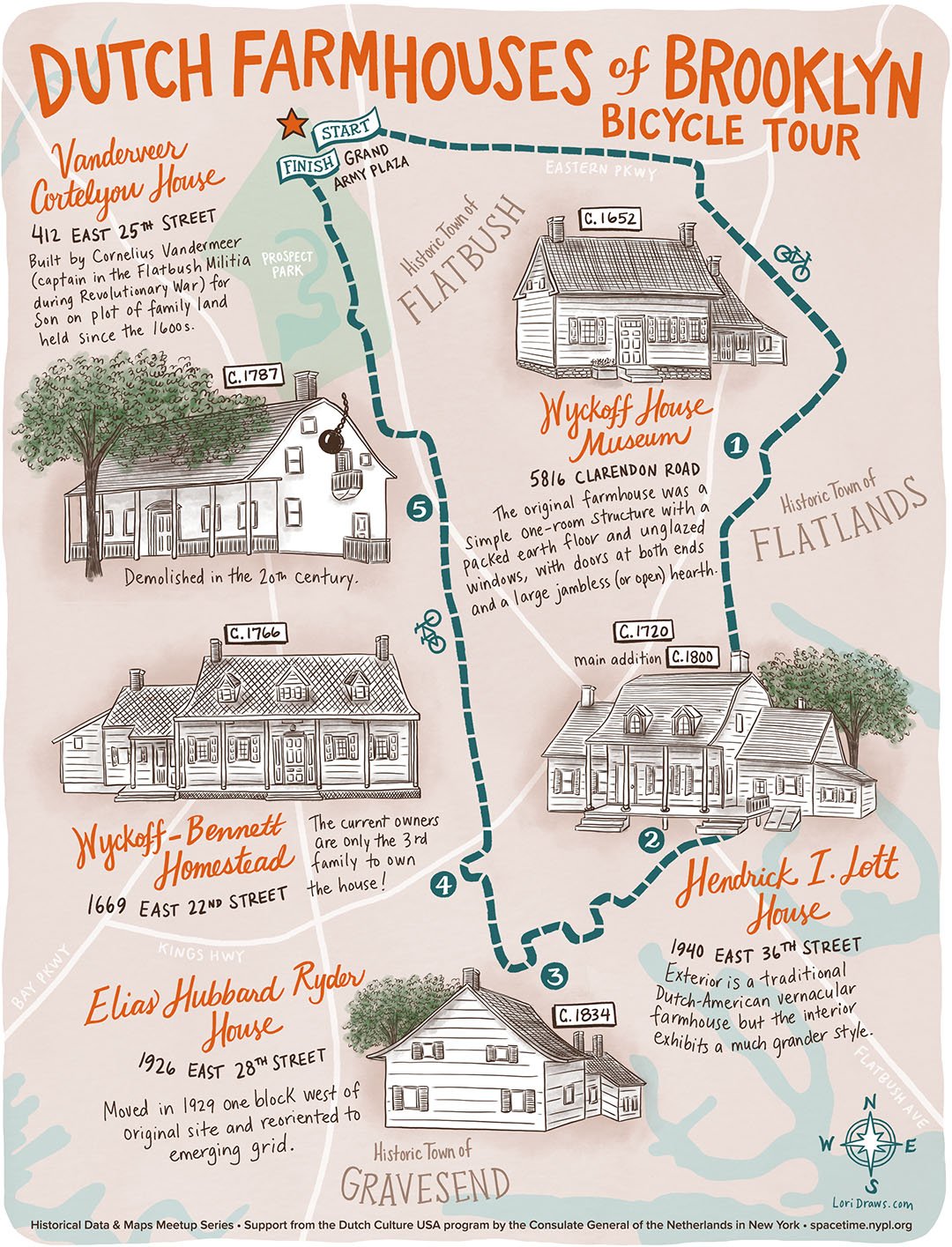 On May 12th, StreetDeets Inc. in collaboration with the New York Public Library and the Brooklyn Public Library organized a bicycle tour along the Dutch Farmhouses in Brooklyn.

Bicycle tour started with a short presentation about the Dutch-American architectural history of early Brooklyn by historian Walter R. Wheeler. Participants then departed for a 3-hour tour through the former towns of Flatlands, Gravesend, and Flatbush, before returning to Prospect Park. Along the way five Dutch Farmhouses were visited:

If you would like to do the tour yourself, you can find the online tour here. 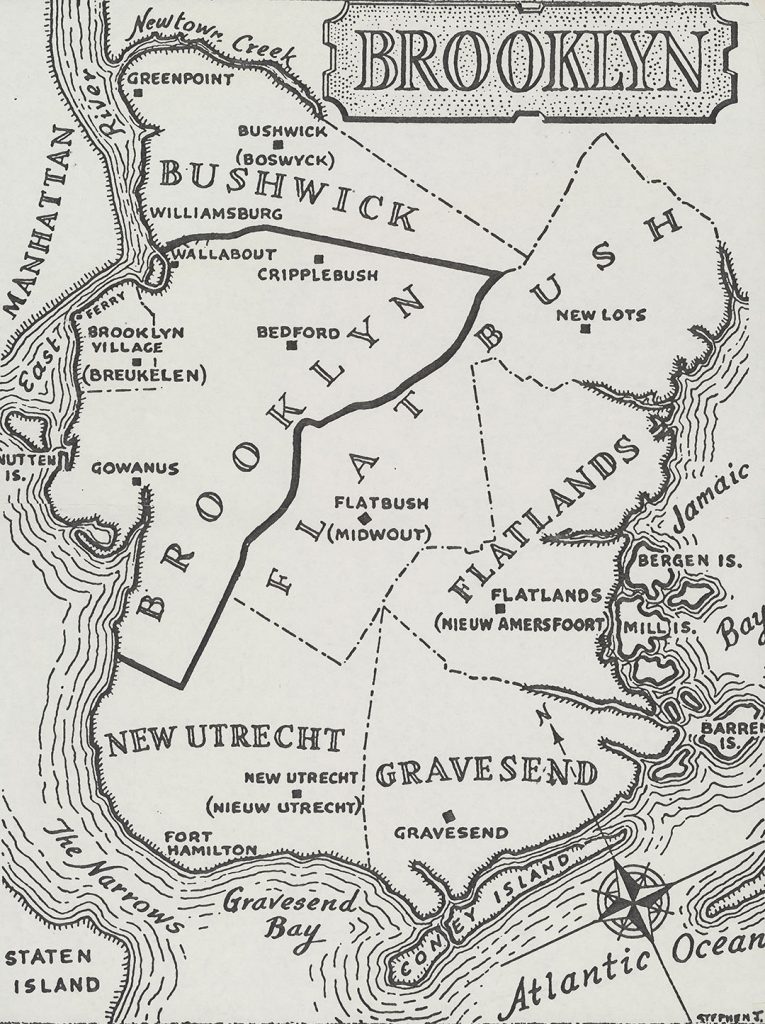