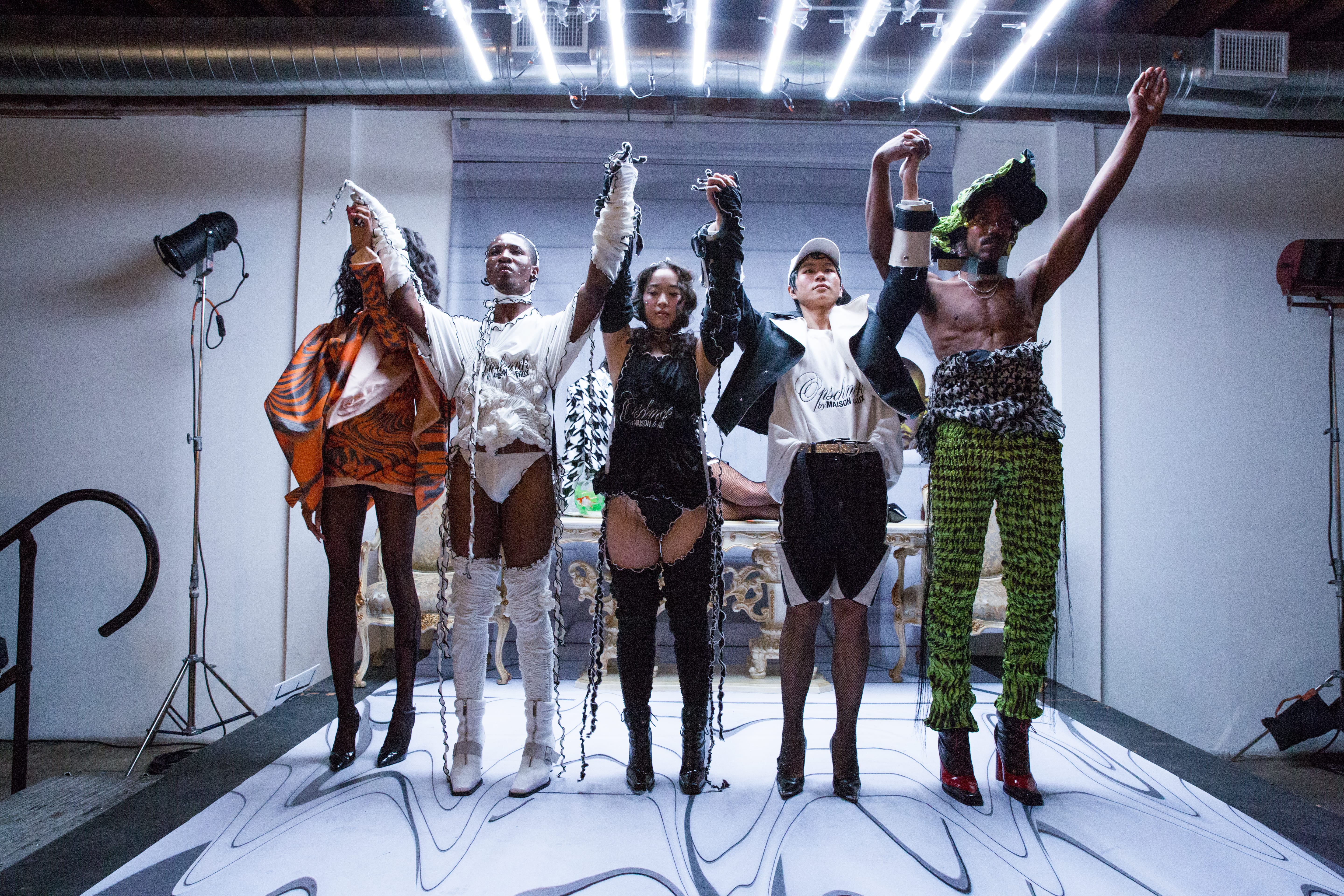 MAISON the FAUX presented their take on Los Angeles for the second time, continuing their collaboration with Maavven and acclaimed choreographer and director Nina McNeely. Heavily influenced by the presence of Hollywood and anything that involves constructed realities and emotions; MAISON the FAUX created an immersive performance within a spatial surrounding. Within the creation of the presentation MAISON the FAUX studios went looking for true meaning and authenticity by asking the questions:

When are emotions and feelings genuine and when does the character take over?
How do you recognize the mask? 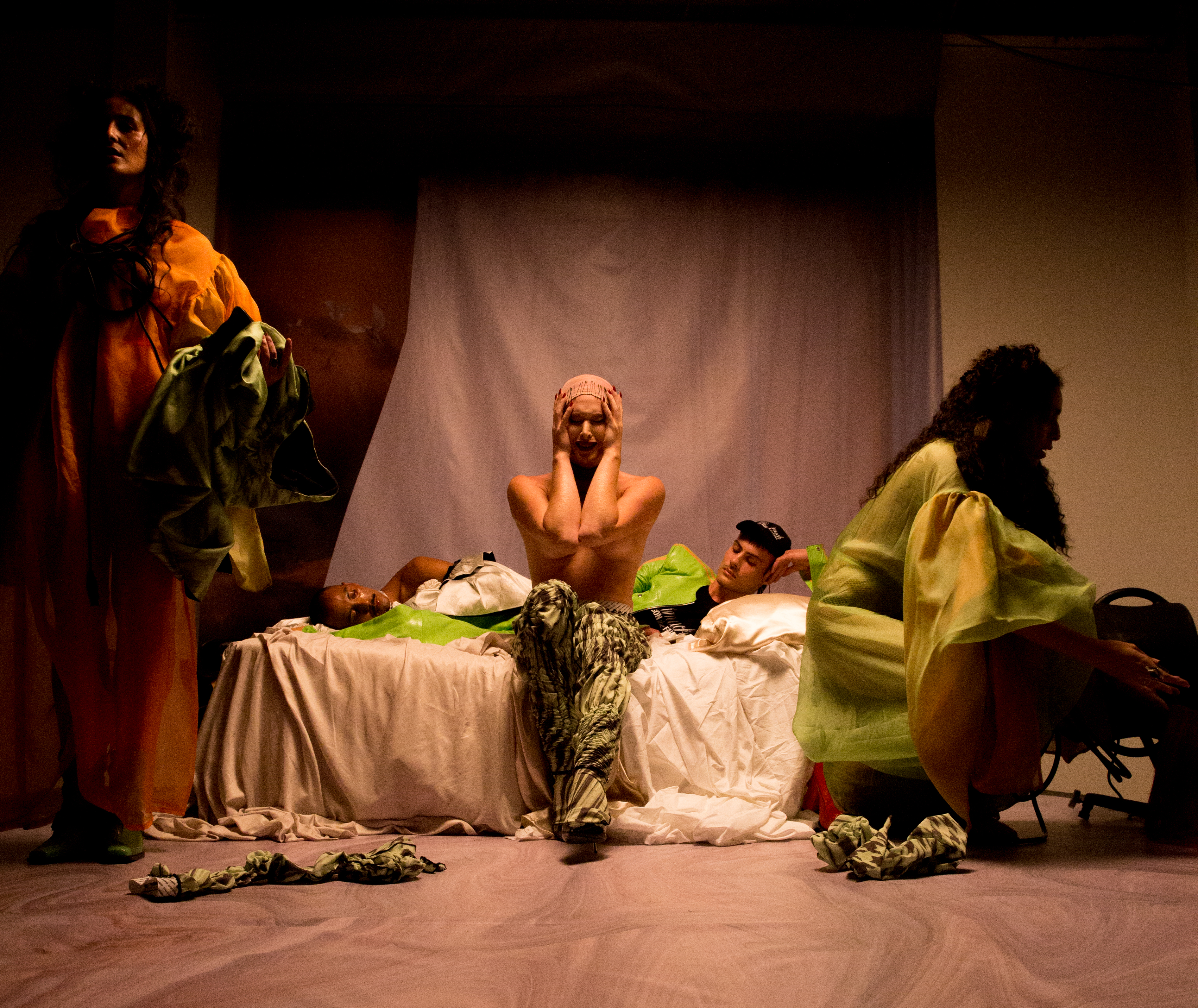 Walking into the venue, the audience entered a MAISON the FAUX STUDIOS SET. A garden, a bedroom and an office surrounding were set up in the midst of a heavy populated set. The MAISON the FAUX crew created a “piece de resistance” with actors frantically making sure they got the characterization of their role just right. 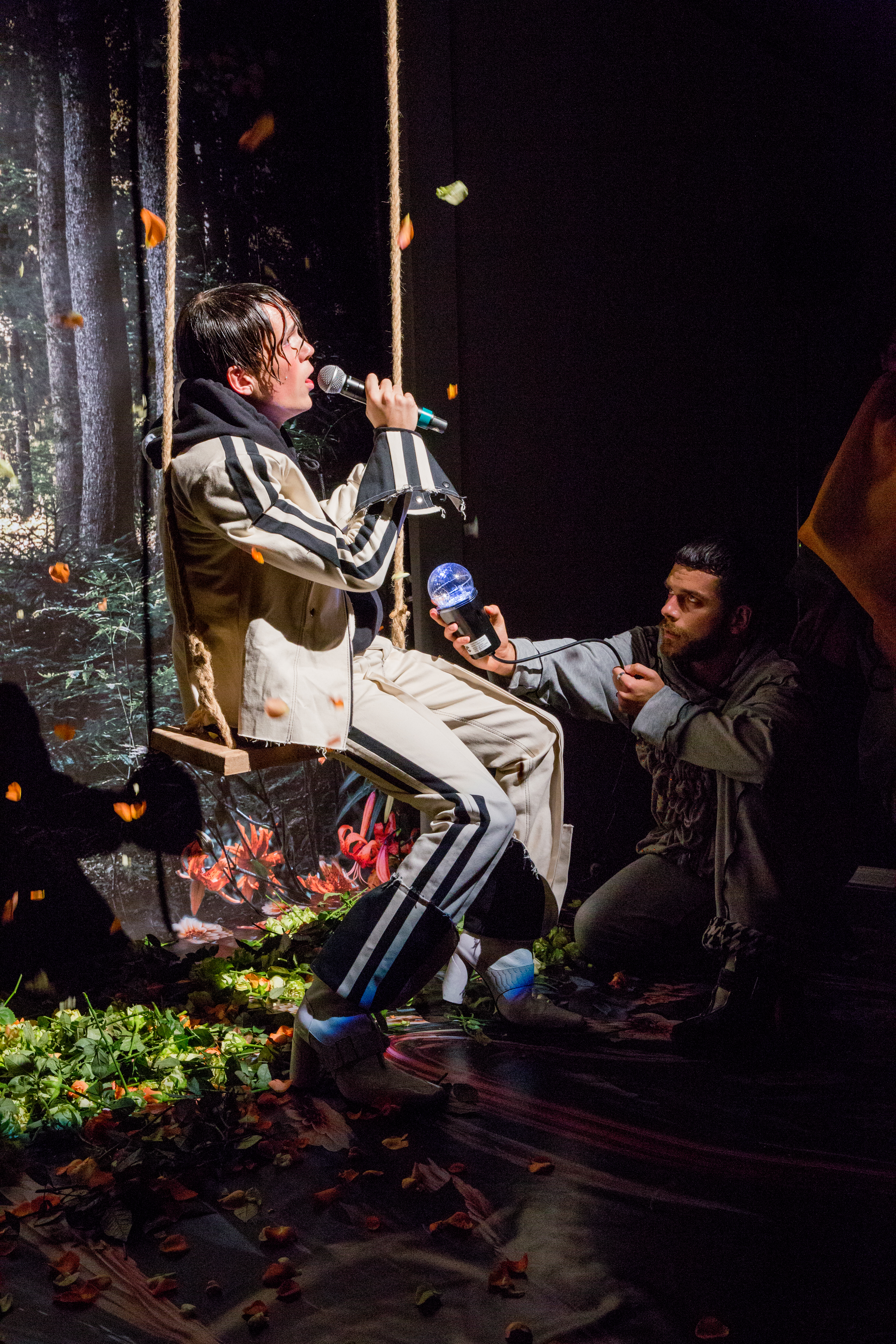 The performance often took the best of the actors while performing the 7 scenes of “Smile Now, Cry Later”. An A.D. was directing the live audience to Smile and to Cry along with the characters.

Not only did the emotions of the characters have to be just right; the wardrobe and glam also played a crucial role in transforming an ordinary human into a persona. The costume of the cast was tied together by voluminous houndstooth costumes and crafted leather garments and constructed denim items. Modern pieces were gathered into romantic, organically shaped items. Showing a carefully outlined balance between classic comedy and contemporary drama. 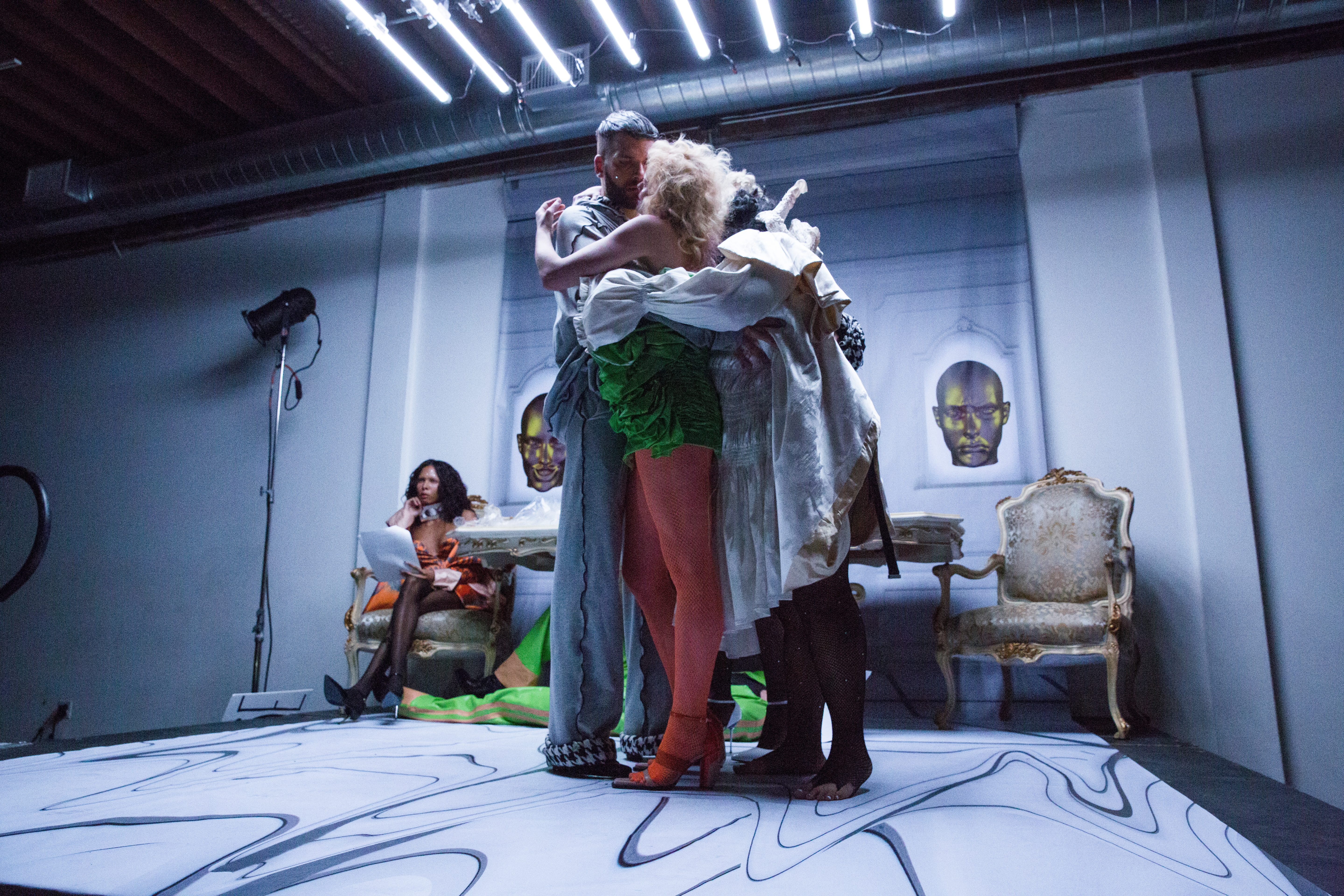 The method of acting and the staging of performance ultimately teaches you that “it’s okay to cry”.