From June 2017 on, Mark Manders' permanent public artwork will be part of the Minneapolis Sculpture Garden

Mark Manders’ “September Room (Room with Two Reclining Figures and Composition with Long Verticals)” (2017) will be part of the Minneapolis Sculptural Garden at the Walker Art Center from June 10th on! Positioned in one of the Garden’s original formal quadrants, Manders’s commission consists of a grouping of five bronze sculptures combining human forms, architecture, and everyday objects, to suggest both the ancient and new.

Towering above the grouping is a sculpture of a fragmented human face sandwiched between two beams. Nearby are two large-scale abstracted female forms that appear to be bisected by wooden panels. Scattered among these monumental sculptures are two armchairs, one with an LP player tucked underneath it. At first glance, Manders’s highly textured and detailed sculptures appear to be modeled in wood and wet clay, yet a closer look reveals that the seemingly fragile surfaces are actually cast in durable bronze. While the illusion of wet clay may suggest the temporality of a work in the making, the casting in bronze renders each sculpture as timeless and permanent – freezing a transitional, fleeting moment forever in time. 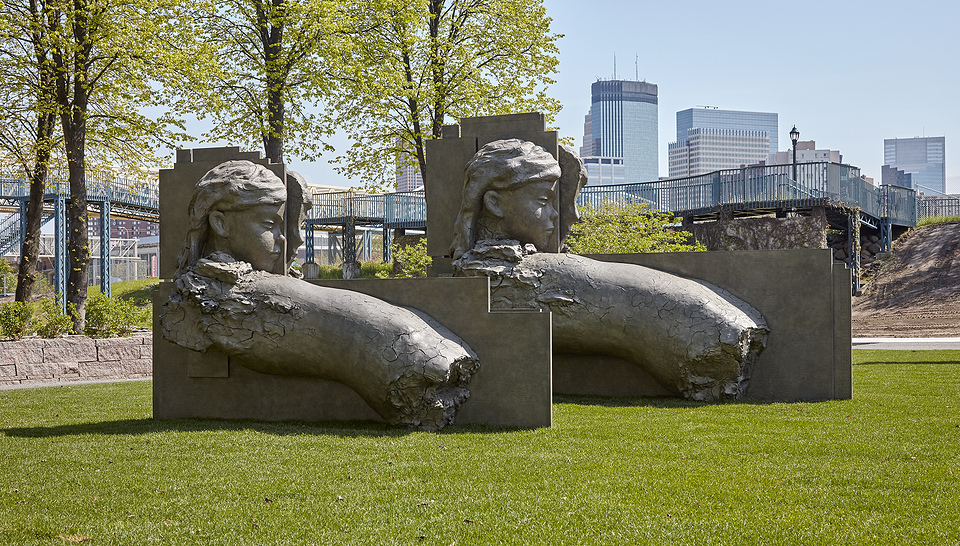 Drawing upon sources ranging from ancient Greek sculpture, modernist architecture and design, to technologies and machines in the past, Manders’s commission resists a fixed meaning and origin. The artist sees architectural spaces, and the conversations forged between his works, as crucial to the meaning underpinning his art. Over the past two decades, he has created numerous sculptures and works on paper simultaneously, always considering how each piece exists in relation to the others, and how together the interconnections might constitute what he calls a “Self-Portrait as a Building” – a body of work formed in time and space that becomes an extension of the artist himself.

While the Walker Commission can be experienced up close in the Garden, Manders’s sculptures can also be seen from both Vineland Place and the Walker terraces. Shifting dramatically in scale from the monumental to miniature, these works emphasize the relationship between the human body, perception, surrounding, and architectural space. Manders’s presentation is one of several newly commissioned works to join the Minneapolis Sculpture Garden and Walker Art Center campus, including the first outdoor, permanent works by Theaster Gates, Philippe Parreno, Nairy Baghramian, and Aaron Spangler. 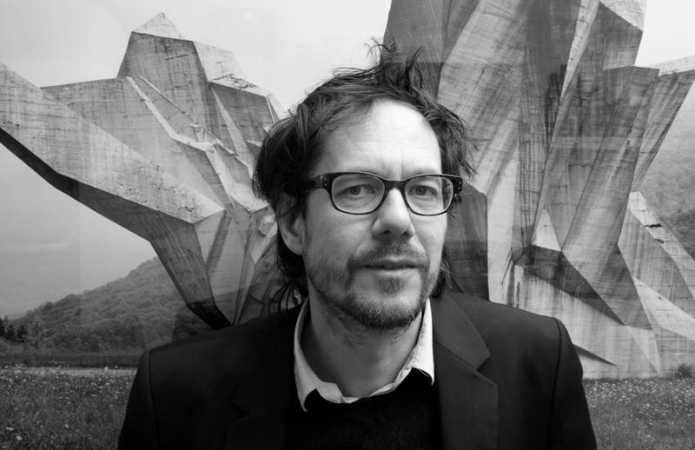