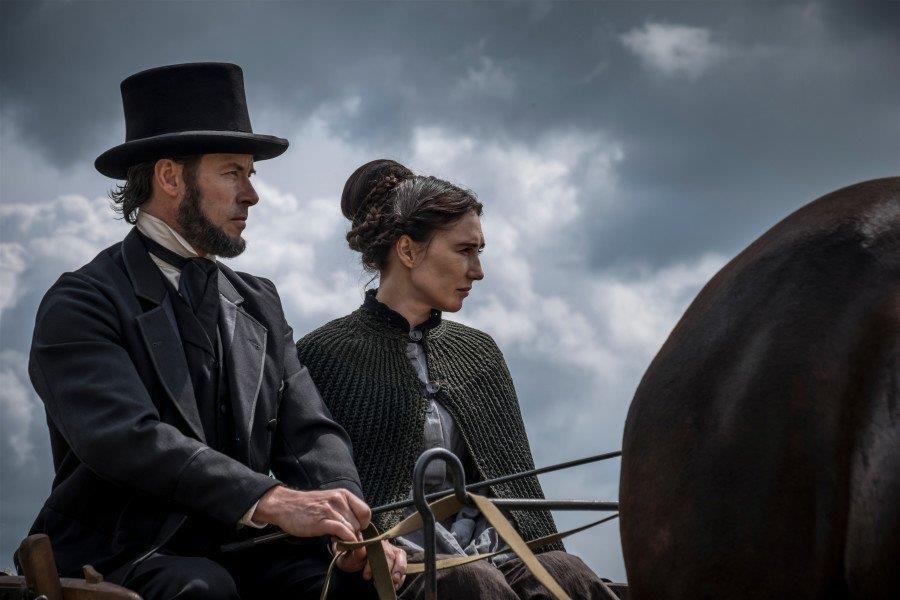 Martin Koolhoven‘s new film ‘Brimstone’ hits theaters on March 10. The epic thriller set in the old West is the director’s first English spoken feature. It tells a triumphant tale of powerful womanhood and resistance against a violent past that refuses to fade. Liz (Dakota Fanning) is a mute young woman who lives together with her husband and two children. She is a midwife and communicates through sign language, sometimes assisted by her daughter. Her relationship with her 14-year-old son could be better, but other than that, Liz’s life seems pretty good. When the new reverend (Guy Pearce) climbs the pulpit in church, Liz freezes. She immediately knows she and her family are in danger. In four chapters we see not only how the reverend tries to take everything Liz loves away from her, but also how her life has unfolded in the past. Brimstone is a genre-bending film that draws inspiration from the American Southern Gothic genre, but also has a strong foothold in Dutch religious culture. The film also stars Dutch actress Carice van Houten.