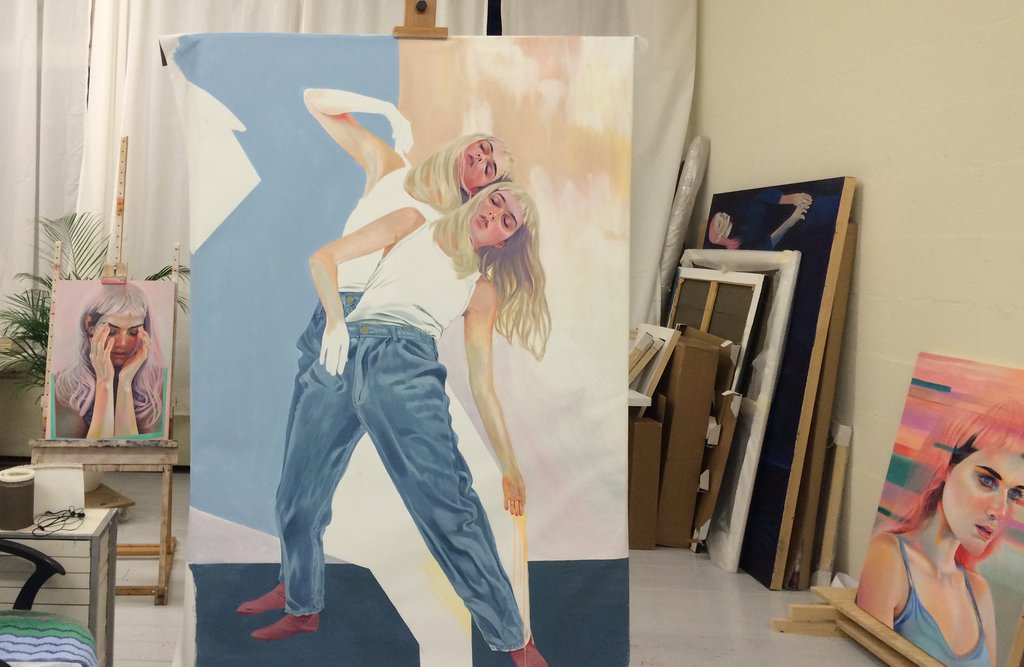 From October 8 until October 29, Martine Johanna will show her solo exhibition 'Dancer' at the Spoke Art Gallery

From October 8 until October 29, Dutch painter Martine Johanna will present her solo exhibition ‘Dancer’ at the Spoke Art Gallery in San Francisco. In her newest body of acrylic and resin paintings, Johanna explores the melancholic and complex expressions of her subjects within vivid colorscapes. Each of her delicately rendered figures convey a sense of full immersion within their own “internal psychic landscape.” Working with acrylic and resin on linen and wood panel, she delves into the psychology of physical gesture, internal thought processes and our relationships to color. Within the ‘Dancer’ exhibition, Johanna explores dance and momentum as a way of communication and storytelling. Both pensive and joyous, she displays a complex range of human emotion in each piece. Utilizing intimate facial expression, inflections of the body and the psychology of color, each painting is a beautifully balanced dance. Using her signature prismatic palette, the work is imbued with a mysterious narrative and sensation of knowing that each character in the work has a full and complex history that the viewer can never fully comprehend. Each of Johanna’s figures are at once vulnerable yet strong, combining the duality between “youthful naivety and anxiety-riddled adulthood”, hyper-saturated colors and the inherent beauty in pain and human emotion. 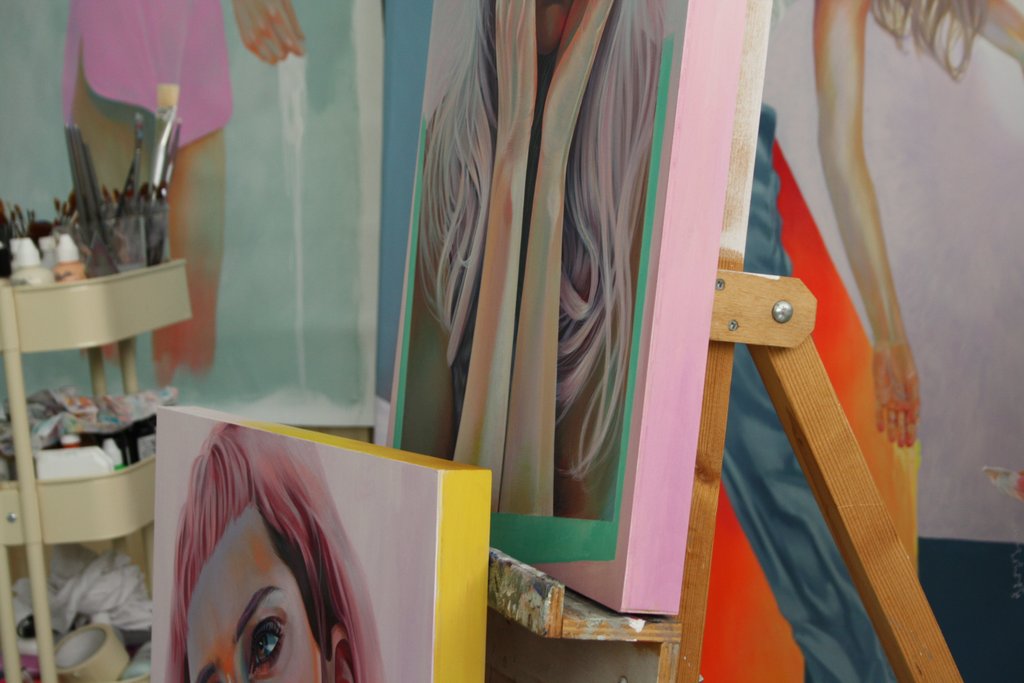 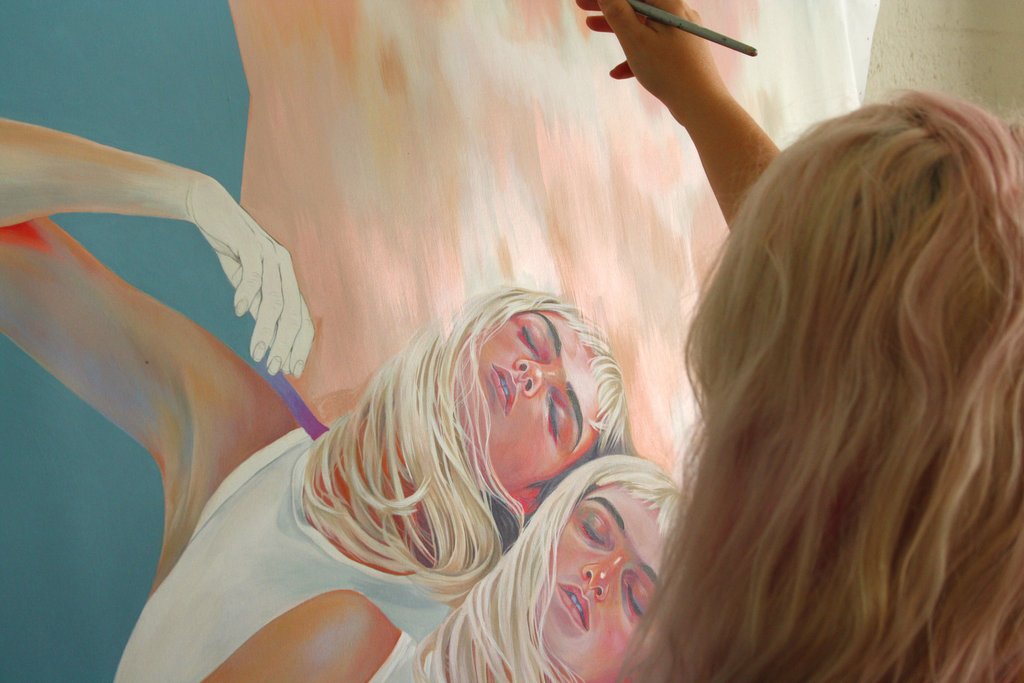 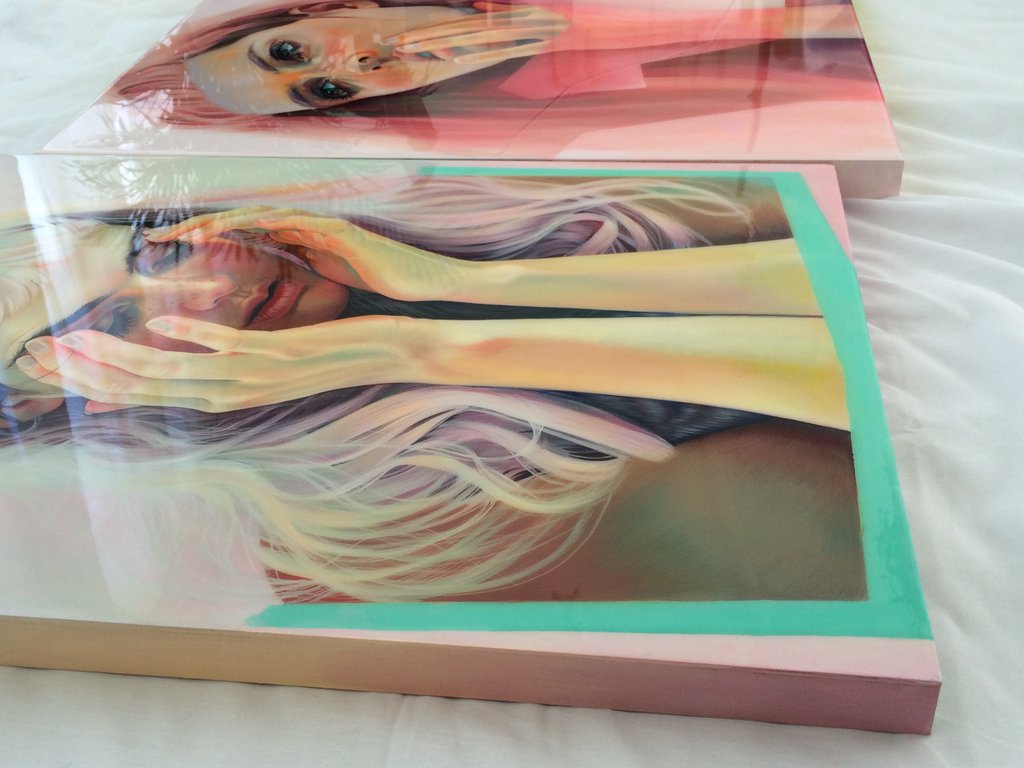 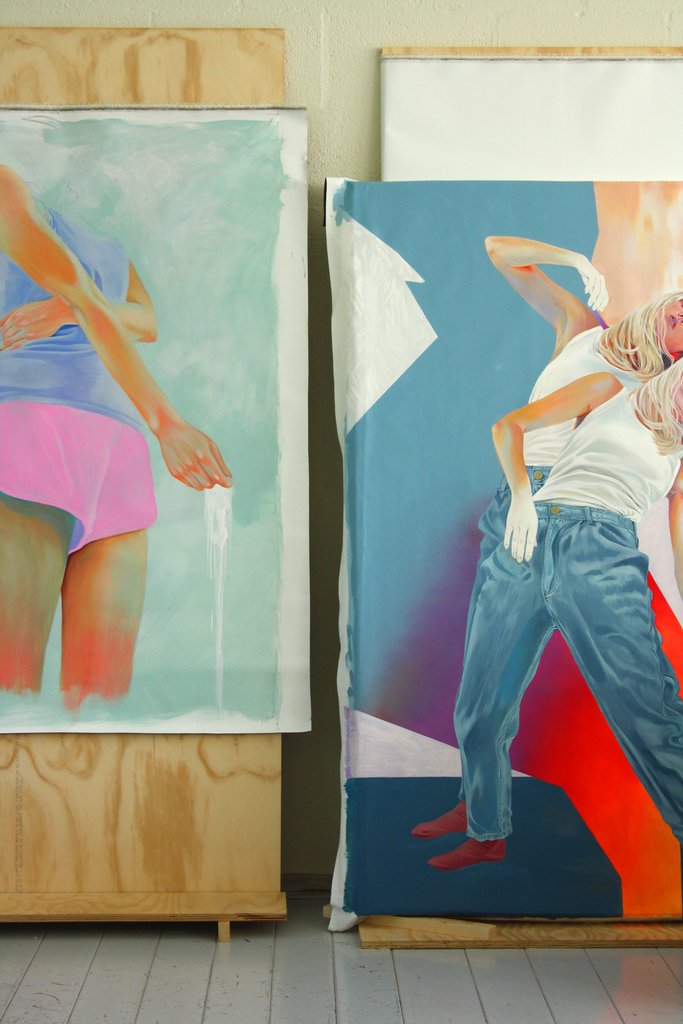 Martine Johanna has had international success exhibiting extensively in the Netherlands and abroad. A background in fashion design has influenced her depiction and ease with the female figure. Inspiration for her work include a mixture of childhood and autobiographical memories and experiences, documentaries on human nature, independent films and history. Selected exhibitions include solo shows at Bright Side Gallery and Walls Gallery in Amsterdam in addition to group shows at Massey Lyuben in New York. She lives and works in Amsterdam and is mostly known for her acrylic paintings on linen and wooden panels. Her works are hyper-saturated, seemingly light, but explore the duality between youthful naivety and anxiety-riddled adulthood. Female figures, fierce but fragile, often crowd the compositions and occupy the majority of the space gazing distractedly into the beyond. Making the viewer a voyeuristic part of the work. Her paintings are visually stimulating and cheeky while expressing an underlying sense of uncertainty and unrest.

Spoke Art is an art space specializing in new contemporary painting, sculpture and illustration with an emphasis in accessible programming. Started in 2010, the gallery now houses two locations, one in San Francisco’s Lower Nob Hill neighborhood and one in New York City’s Lower East Side. Each space rotates monthly exhibits that feature a wide variety of solo and group shows, many of which feature an international roster of represented artists.