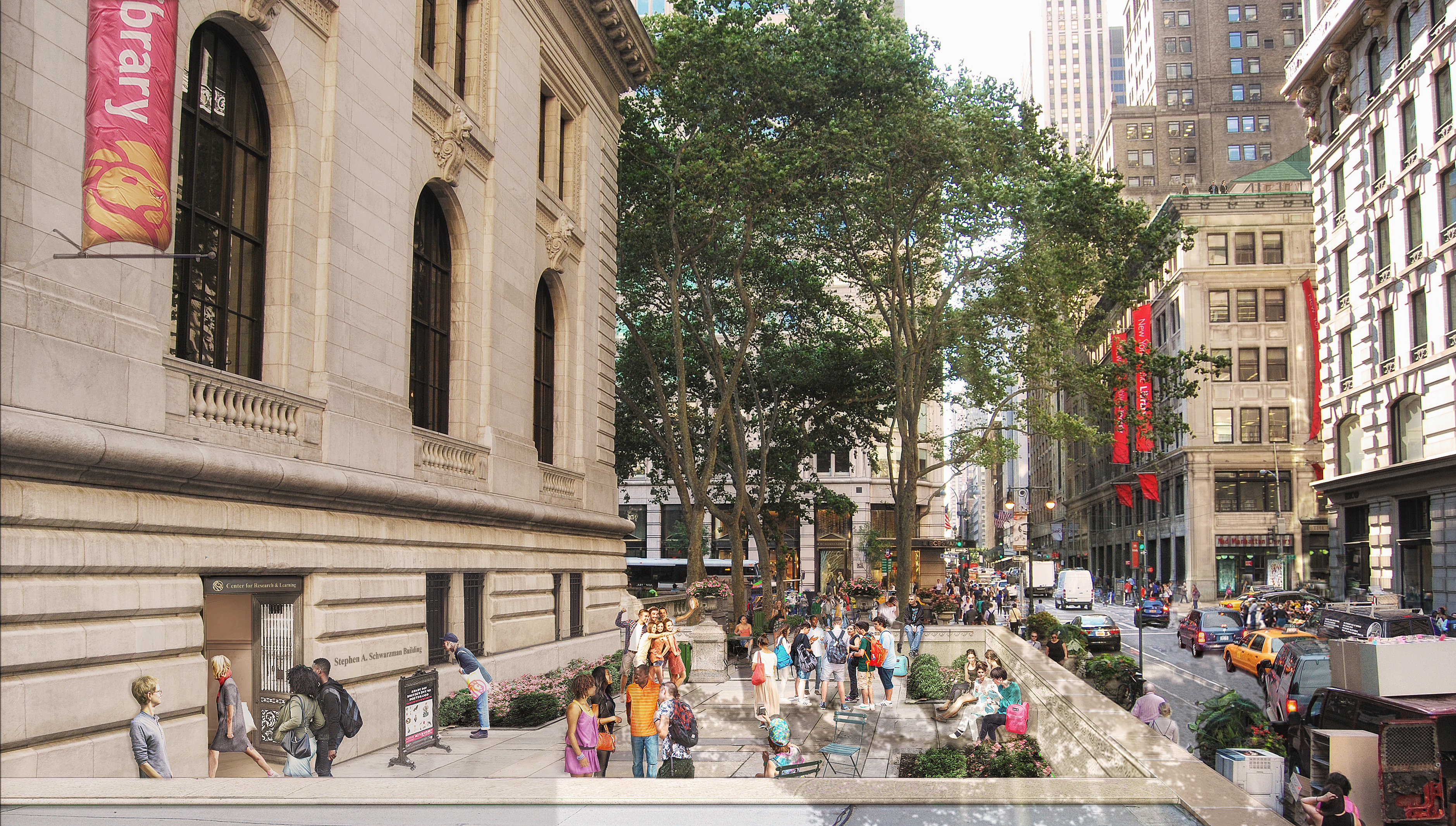 New York Public Library announced that Mecanoo will lead the renovation of its Iconic Stephen A. Schwarzman Building

The New York Public Library has unveiled a Master Plan for its iconic Stephen A. Schwarzman Building, one of the nation’s leading research libraries, which for over a century has stood as a symbol of open and free access to information and opportunity.

The $317 million plan for the historic Midtown building on Fifth Avenue and 42nd Street was shared at the Library’s Board of Trustees meeting and calls for an approximate 20% increase in public space for research, exhibitions, and educational programs.

The Master Plan was developed by Dutch architecture firm and experts on library design Mecanoo, led by Francine Houben, and Beyer Blinder Belle, a New York City-based firm known for its work on historic buildings, led by Elizabeth Leber. Mecanoo and Beyer Blinder Belle are also leading the renovation of Mid-Manhattan Library, the Library’s largest circulating branch, located across Fifth Avenue. It is scheduled to reopen as the completely renovated Stavros Niarchos Foundation Library in early 2020. 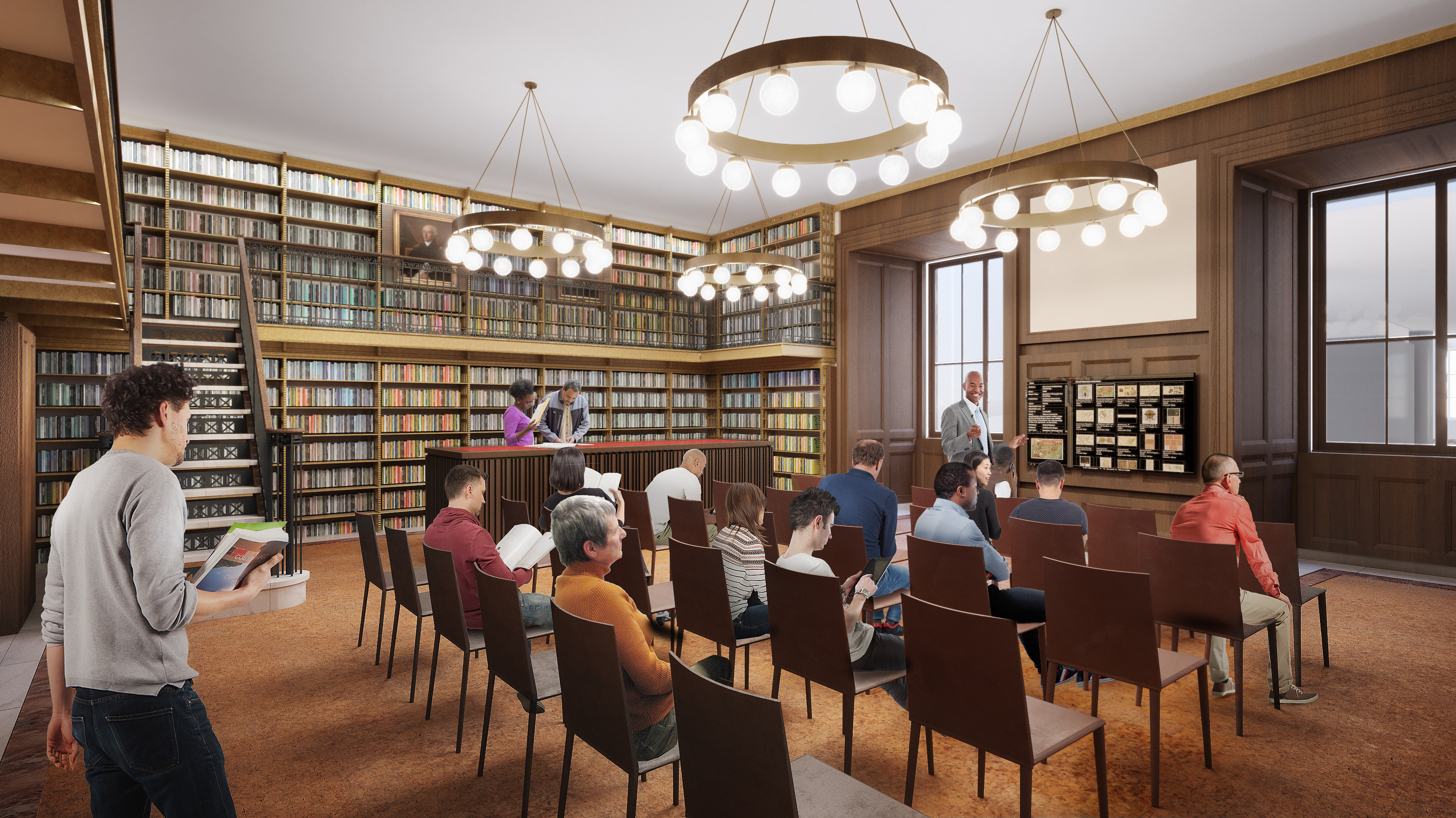 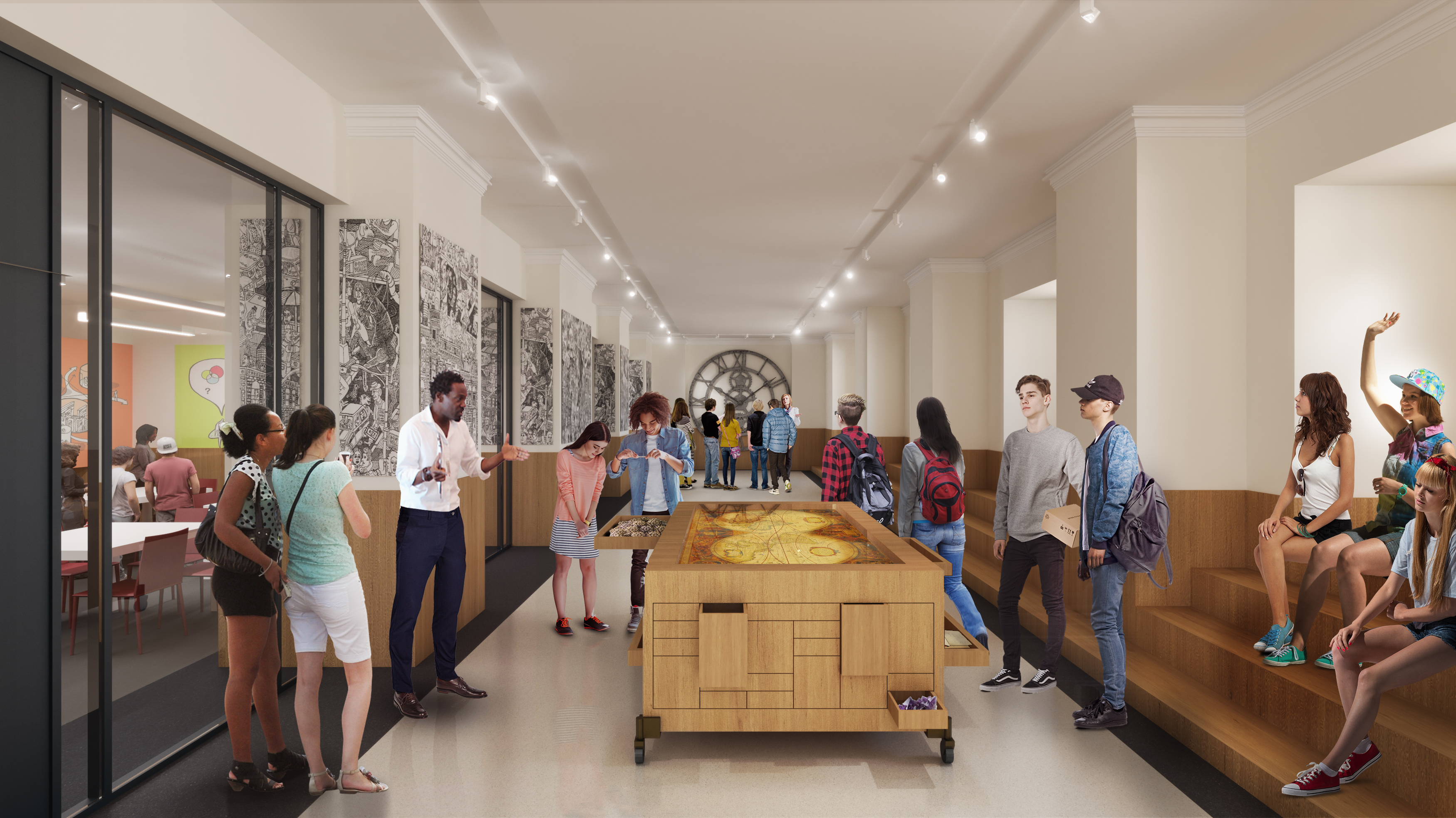 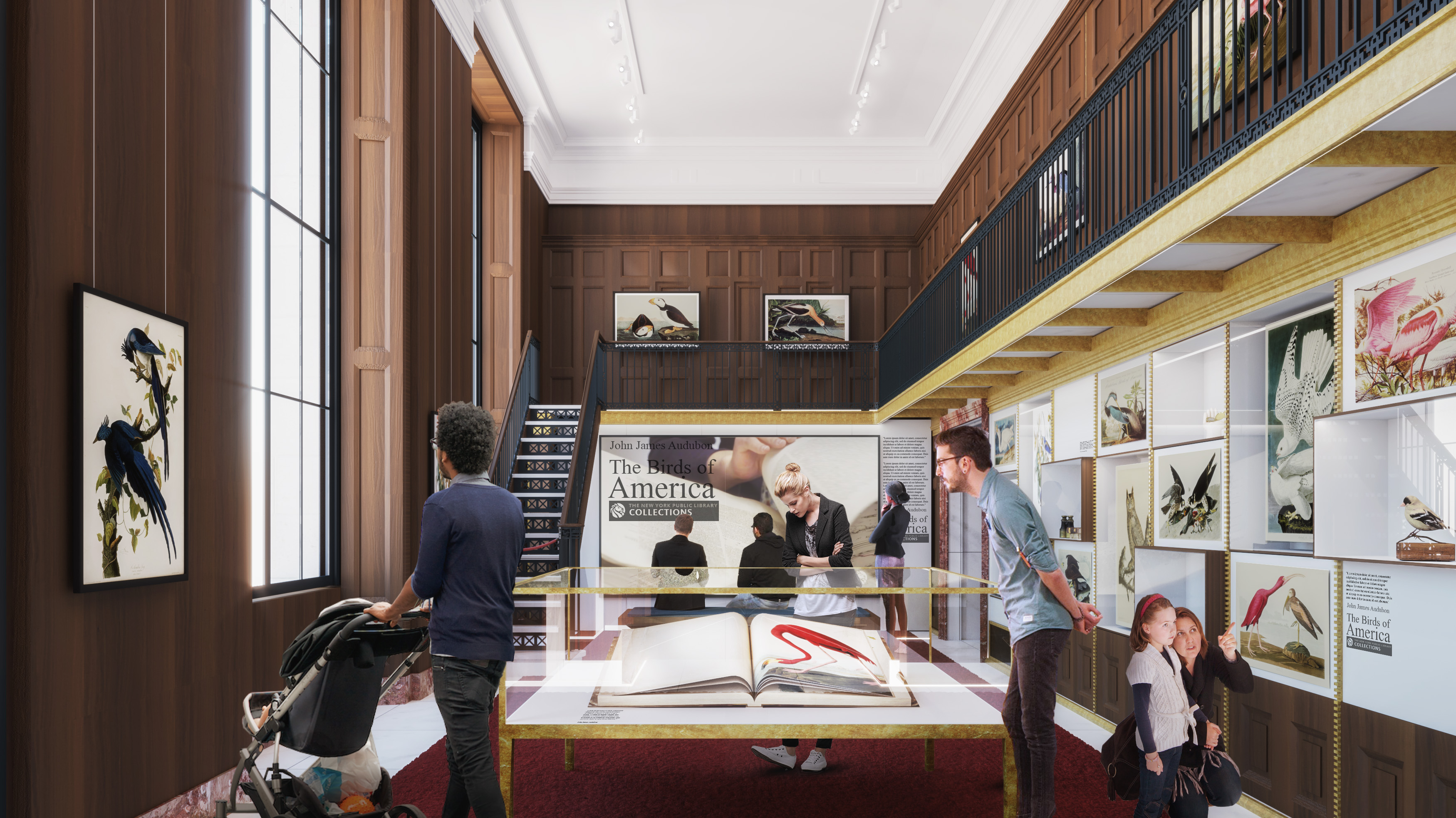 “For over a century, the Schwarzman Building has been a beacon of open access to information and a tireless preservationist of the world’s knowledge,” said New York Public Library President Tony Marx. “We have a responsibility to preserve its architectural wonder and its role as an important civic space, while also preparing it for the future, and another century of best serving the public. We believe this plan does just that.”

“We have developed a Master Plan that inherently adheres to the logic of a Beaux-Arts building,” said Mecanoo’s Francine Houben. “Our changes are both subtle and clever—to direct the flow for different user groups, for example, or to improve the quality and function of currently underused spaces.”

These elements will prepare the library for the future while maintaining the building’s architectural integrity and complementing existing historic spaces such as the landmarked Rose Main Reading Room, the Maps, Periodicals, and Genealogy reading rooms, and Astor Hall.

Mecanoo architecten, officially founded in Delft in 1984, is made up of a highly multidisciplinary staff of creative professionals from 25 countries. The team includes architects, engineers, interior designers, urban planners, landscape architects and architectural technicians.

The extensive collective experience, gained over three decades, results in designs that are realised with technical expertise and great attention to detail. Mecanoo’s projects range from single houses to complete neighbourhoods and skyscrapers, cities and polders, schools, theatres and libraries, hotels, museums, and even a chapel. 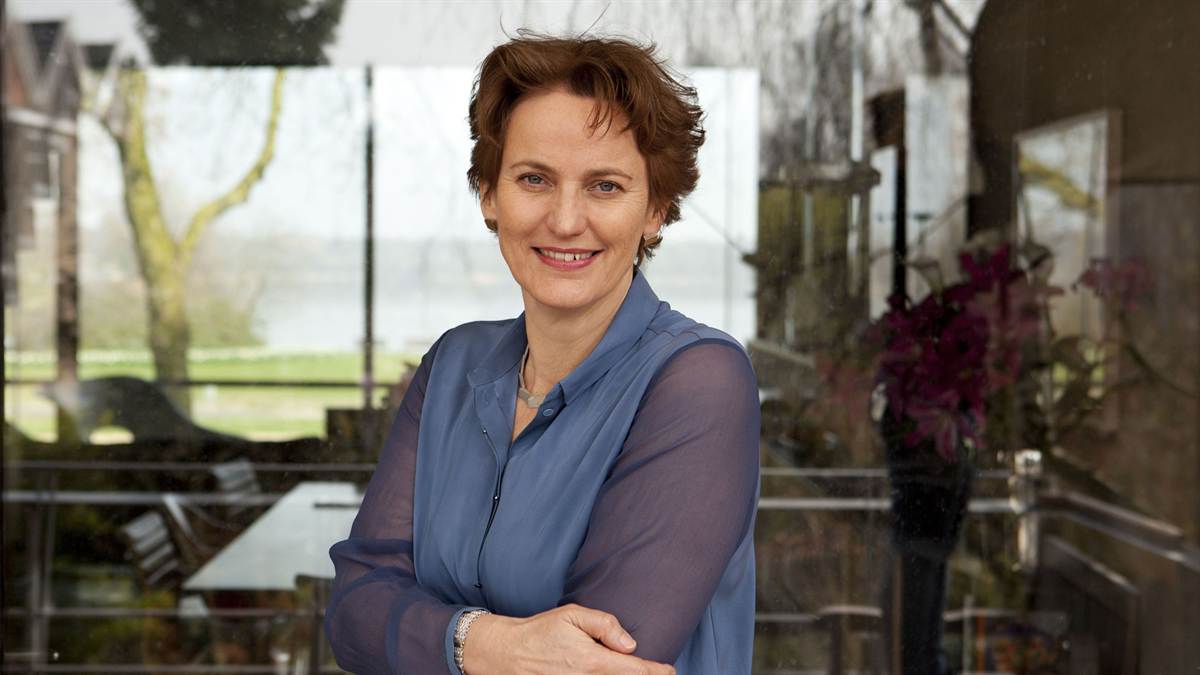 About The New York Public Library

The New York Public Library is a free provider of education and information for the people of New York and beyond. With 92 locations—including research and branch libraries—throughout the Bronx, Manhattan, and Staten Island, the Library offers free materials, computer access, classes, exhibitions, programming and more to everyone from toddlers to scholars, and has seen record numbers of attendance and circulation in recent years. The New York Public Library serves more than 18 million patrons who come through its doors annually and millions more around the globe who use its resources at www.nypl.org. To offer this wide array of free programming, The New York Public Library relies on both public and private funding.