A special exhibit of Gerard Klein Hofmeijer’s 3D facades will be on view in the Gallery at D. Thomas Fine Miniatures, starting November 12, 2016 including “Delft,” fashioned after Johannes Vermeer’s “The Little Street” painted in 1657.

“The Little House” will run from November 12, 2016 through January 17, 2017 in the Gallery at D. Thomas Fine Miniatures in the historic MovieHouse Mews in Hastings-on-Hudson. Gerard and his wife Pien Spijkers, an architectural draftsman and photographer, will travel to the lower Hudson Valley and be part of a special open house reception/meet the artist on Sunday, November 13, 2016 from 3:00-5:00 PM. Gerard will bring some of his tools for his informal discussion and demonstration of his techniques during his visit. 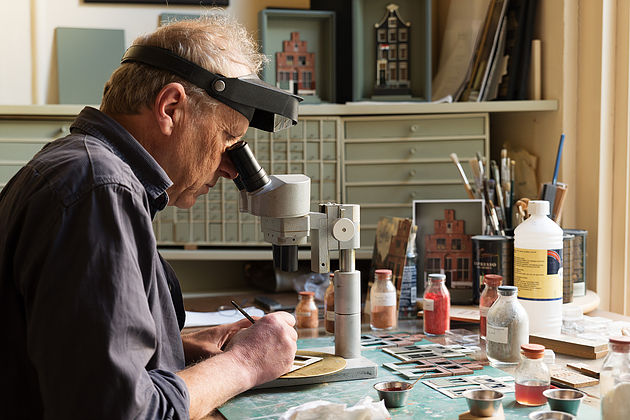 Gerard Klein Hofmeijer, a native of Utrecht, The Netherlands, is a classically trained scientist who has admired, loved and constructed miniatures since childhood. Klein Hofmeijer works in a variety of scales between 1:50 and 1:100 to replicate historic buildings, houses, garden vignettes and 3D facades. His work offers a glimpse into the classic Dutch architectural style of the past and Dutch influence on contemporary design. 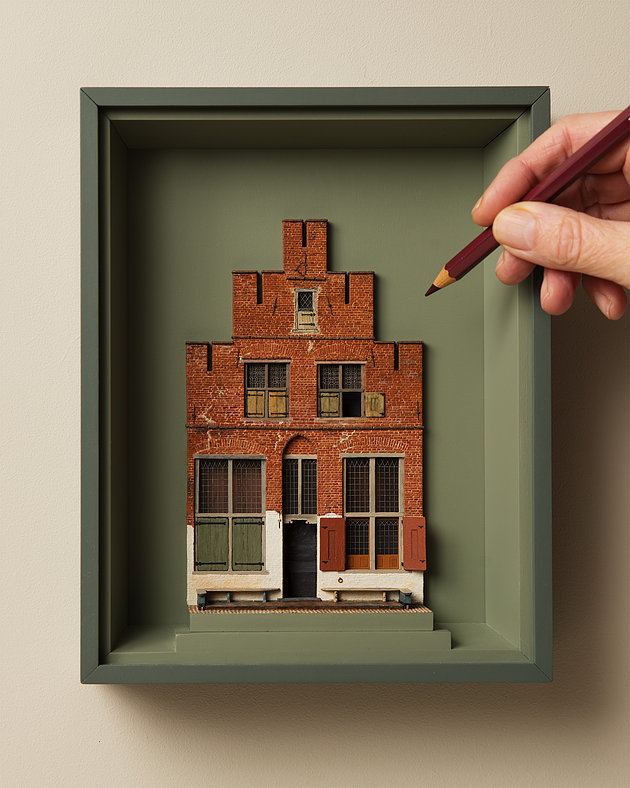 About “the Little Street”

“The Little Street” is significant to the study of Vermeer since it is one of only two of the artist’s paintings of views of Delft. The painting has been the topic of much research and dispute regarding the actual location, concluding the site is the present-day 40-42 Vlamingstraat based on substantial archival research of 17th Century Delft quay dues registers. Mr. Klein Hofmeijer’s miniature façade offers us the only known full view of the house, shown partially in Vermeer’s painting and provides a 21st Century insight into a period architecture and life in a Dutch Golden Age town. Gerard’s painstaking attention to detail includes individual bricks sized according to the painting, etched in messing and adorned with mat varnish and pigments to create consummate accuracy in relief and color. His details include cracks in the mortar, aging paint on wooden shutters and an intricate stone sidewalk.

“I feel privileged to show Gerard’s work in my Gallery this Fall” says Darren T. Scala, exhibit curator. “Gerard’s unique techniques, attention to detail and quest for historic accuracy is unparalleled. It offers us a look at the culture that helped to settle the five boroughs of New York City and the lower Hudson Valley and helps us recognize many of the details we see in the architecture that surrounds us today.”