“Network,” by renowned director and Tony Award Winner Ivo van Hove will commence preview performances on the 10th of November. The play will officially hit Broadway on the 6th of December, 2018.

“Network,” directed by Tony and Olivier Award winner Ivo Van Hove, known from “The Damned,” is based on the award-winning film by Paddy Chayefsky, which won four Academy Awards in 1976. The adaptation was done by Lee Hall and centres around Howard Beale, a news anchor-man who isn’t pulling in the viewers. In his final broadcast, Beale unravels live on screen. But when ratings soar, the network seizes on their newfound populist prophet, and Howard becomes the biggest thing on TV.

“Network” will have scenic and lighting design by three-time Tony and Olivier nominee Jan Verseyveld, who, for over 30-years, has collaborated with Ivo van Hove on all of his theatre and opera productions around the world. The production will also feature video design by Tal Varden from “Lazarus,” costume design by An D’Huys and music and sound by Olivier Award nominee Eric Sleichim. 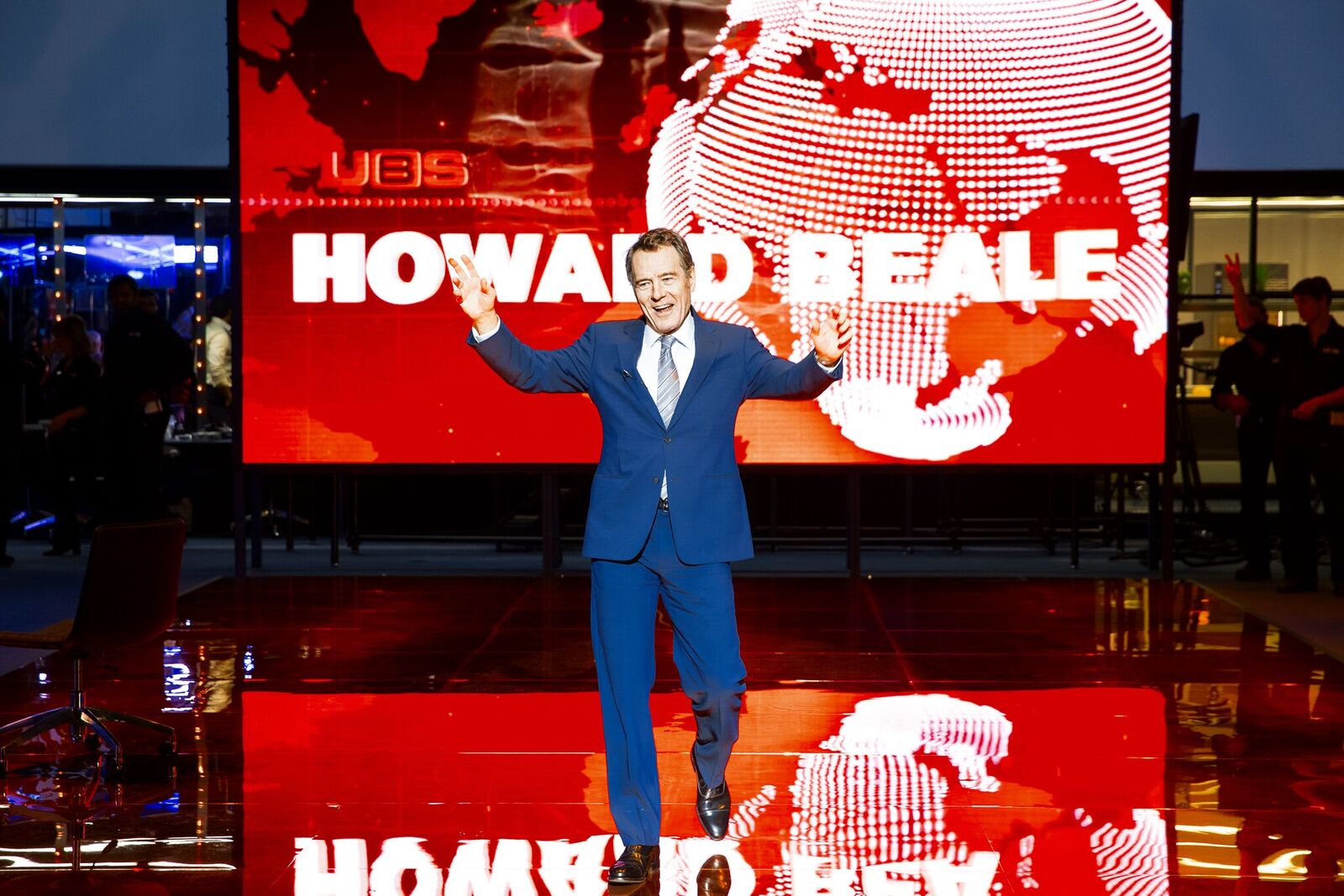 Director Ivo van Hove began his career in 1981 and has been director of Toneelgroep Amsterdam since 2001. He has also been director of Het Zuidelijk Toneel. From 1998 to 2004, he managed the Holland Festival, annually presenting his selection of international theatre, music, opera and dance. Until 2010 he was one of the artistic leaders of the Dramatic Arts department in Antwerp. Ivo van Hove’s production work in theatre includes “Hedda Gabler” at the National Theatre; “A View from the Bridge at Young Vic,” West End and Broadway; “The Crucible” on Broadway; “Lazarus” in New York and London; and Visconti’s “The Damned” at La Comédie-Française. Ivo van Hove has been recognized for his work with several awards, including two Olivier awards and two Tony awards for “A View from the Bridge;” an Amsterdam Oeuvre Award; two Obie Awards for “More Stately Mansions” and “Hedda Gabler;” the Archangel Award at the Edinburgh Festival; the Critics’ Circle Award; a Molière Award for best production in France; and a Dutch Oeuvre Award, together with Jan Versweyveld. He has also received an honorary doctorate for general merit from the University of Antwerp and the Flemish Culture Prize for Overall Cultural Merit from the Flemish Government. Ivo van Hove is Chevalier dans l’Ordre des Arts et des Lettres in France and King Filip of Belgium awarded him Commander of the Order of the Crown. 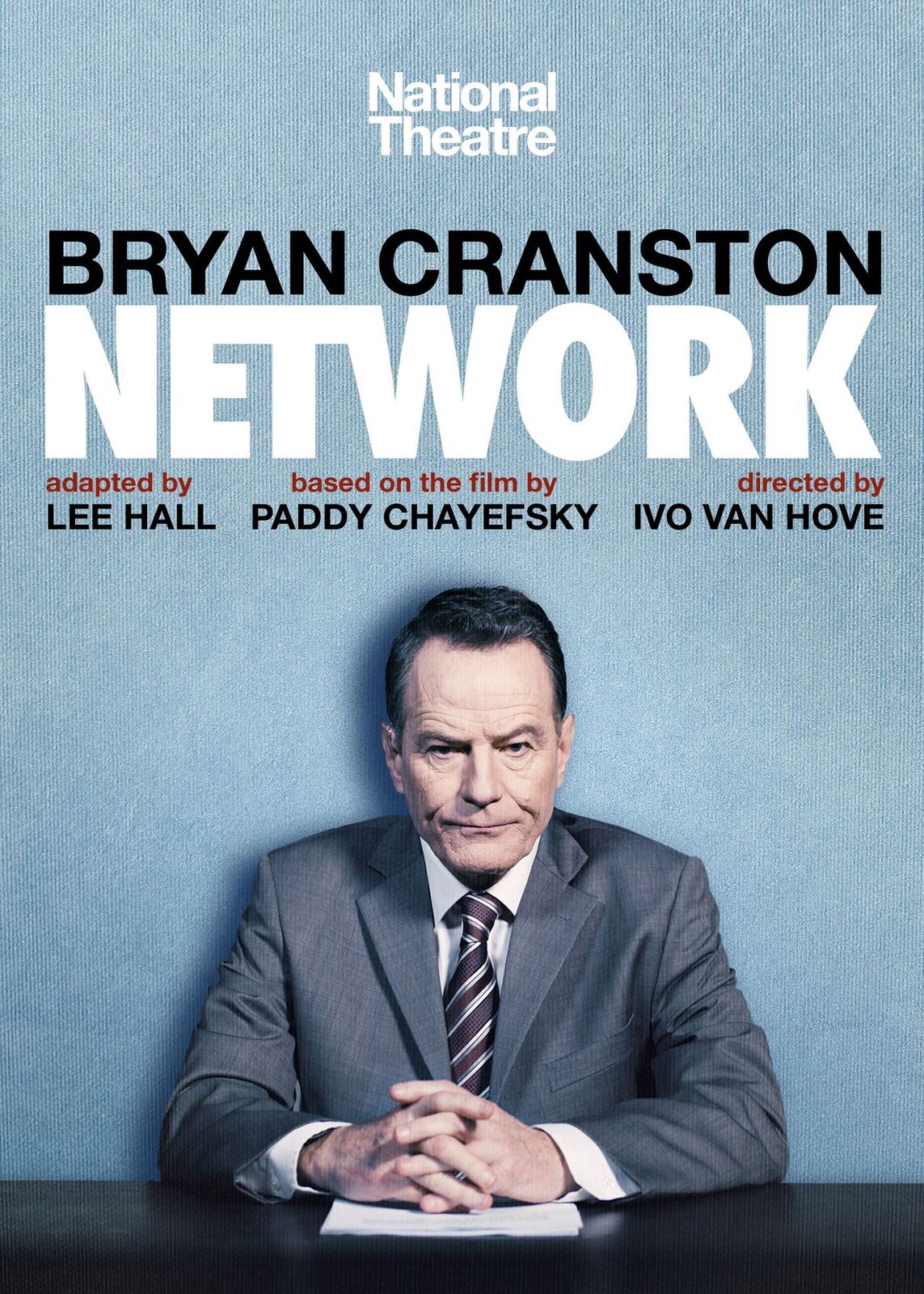 Bryan Cranston (Howard Beale) made his debut in “Network” in 2017 at London’s National Theatre. A performance that garnered him the 2018 Olivier Award for Best Actor in a Play. In 2014 he made his Broadway debut as President Lyndon B Johnson in “All the Way” at the Neil Simon Theatre, for which he received a Tony Award, as well as a Drama Desk, Outer Critics Circle and Theater World Award for Outstanding Lead Actor in a Play. Cranston’s work in television includes: “Breaking Bad” (Emmy, SAG, Golden Globe, Critics’ Choice, PGA Awards and DGA nomination), “Curb Your Enthusiasm” (2018 Emmy nomination), “All the Way” (SAG Award and Golden Globe, Emmy and Critics’ Choice nominations), “Malcolm in the Middle” (Emmy and Golden Globe nominations), among many others.