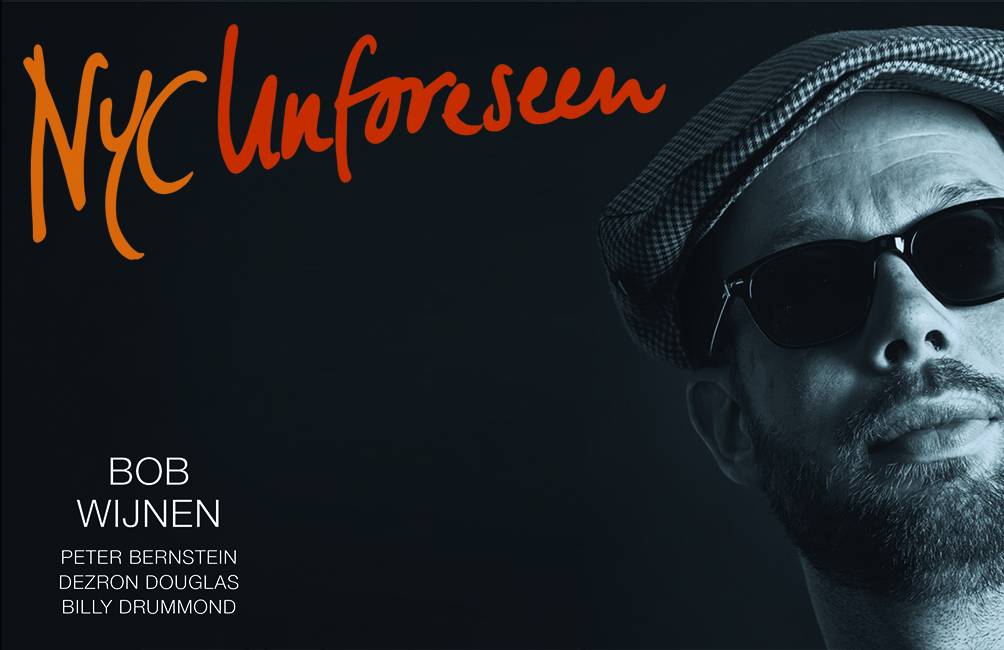 Bob Wijnen’s new album NYC Unforeseen, recorded in New York, soon available worldwide! NYC Unforeseen is for sale in the CD Baby store and will be available on Amazon, Google Play and in the iTunes Music Store shortly!

NYC Unforeseen is Bob Wijnen‘s first project as a band leader, and what a band it is! Next to Wijnen, who lays down a really tasteful yet adventurous way of playing the piano, NYC Unforeseen features the always fantastic sounding Peter Bernstein on guitar, the “voice of reason” Dezron Douglas on bass, and the ever swinging Billy Drummond, who participated on so many great jazz records, on drums.

Wijnen was a sideman in many bands for a long time, and still is. Yet he always felt the urge to chase dreams and to show that realizing them can make you a happier and more complete person. One dream was to go to New York, the city where the jazz scene is all about what Wijnen is striving for in music: groove, swing, energy, an open mind and the spirit of the tradition of America’s true original art form. With this wonderful band it all comes out.

Bob Wijnen is a pianist of great sensitivity and depth. Much in demand as an accompanist, he is known for having some of the best ears around, as well as being an elegant and adventurous soloist who has absorbed a great deal of the history of jazz piano, Hammond organ and Fender Rhodes funk. Tasteful yet adventurous playing is what Wijnen strives for in his performance.

After touring Indonesia, the USA, Germany, the UK and Ireland and having recorded albums with many projects, like his current bands Triplicate and Equinox, Wijnen decided it was time to take a big step forward. This inner urge, or as Wijnen calls it, this Call of the Wild, led him to the making of his first album “NYC Unforeseen” together with Peter Bernstein, Dezron Douglas and Billy Drummond, recorded in the great capital of jazz: New York.

Dutch jazz journalist Bert Jansma said: “Watch out for this guy! He was always a tasteful pianist, but he’s getting better every time I hear him.” Wijnen continues to grow as a pianist. Besides that, his focus is more and more on composing and arranging.