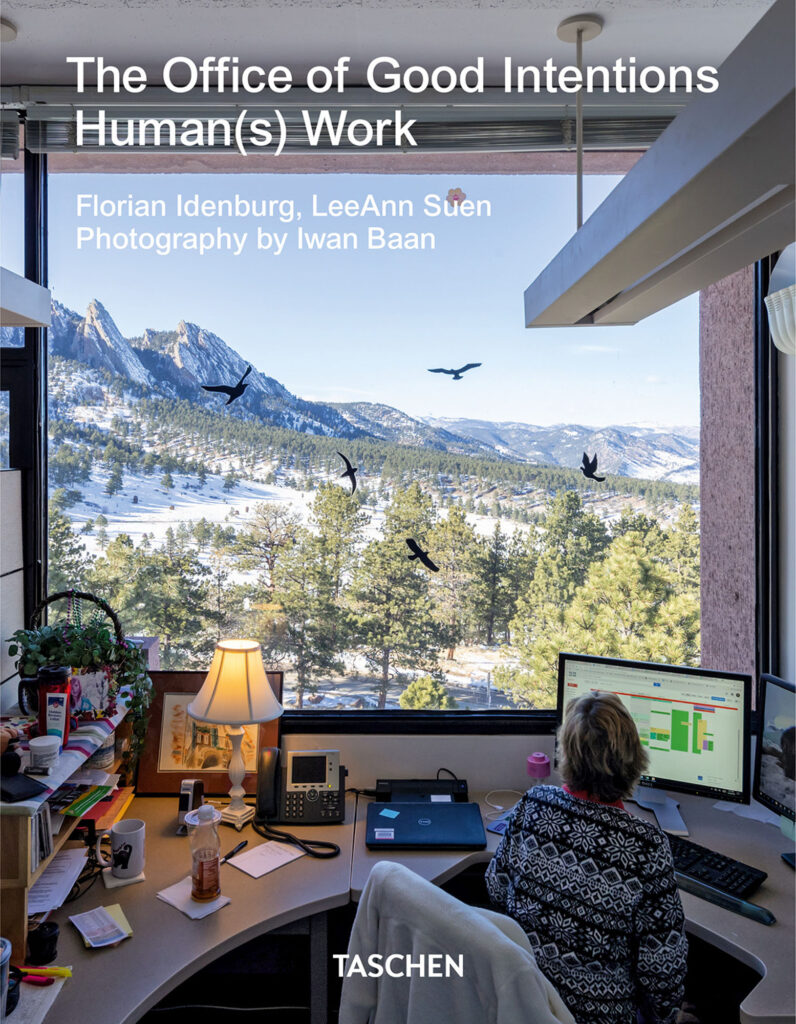 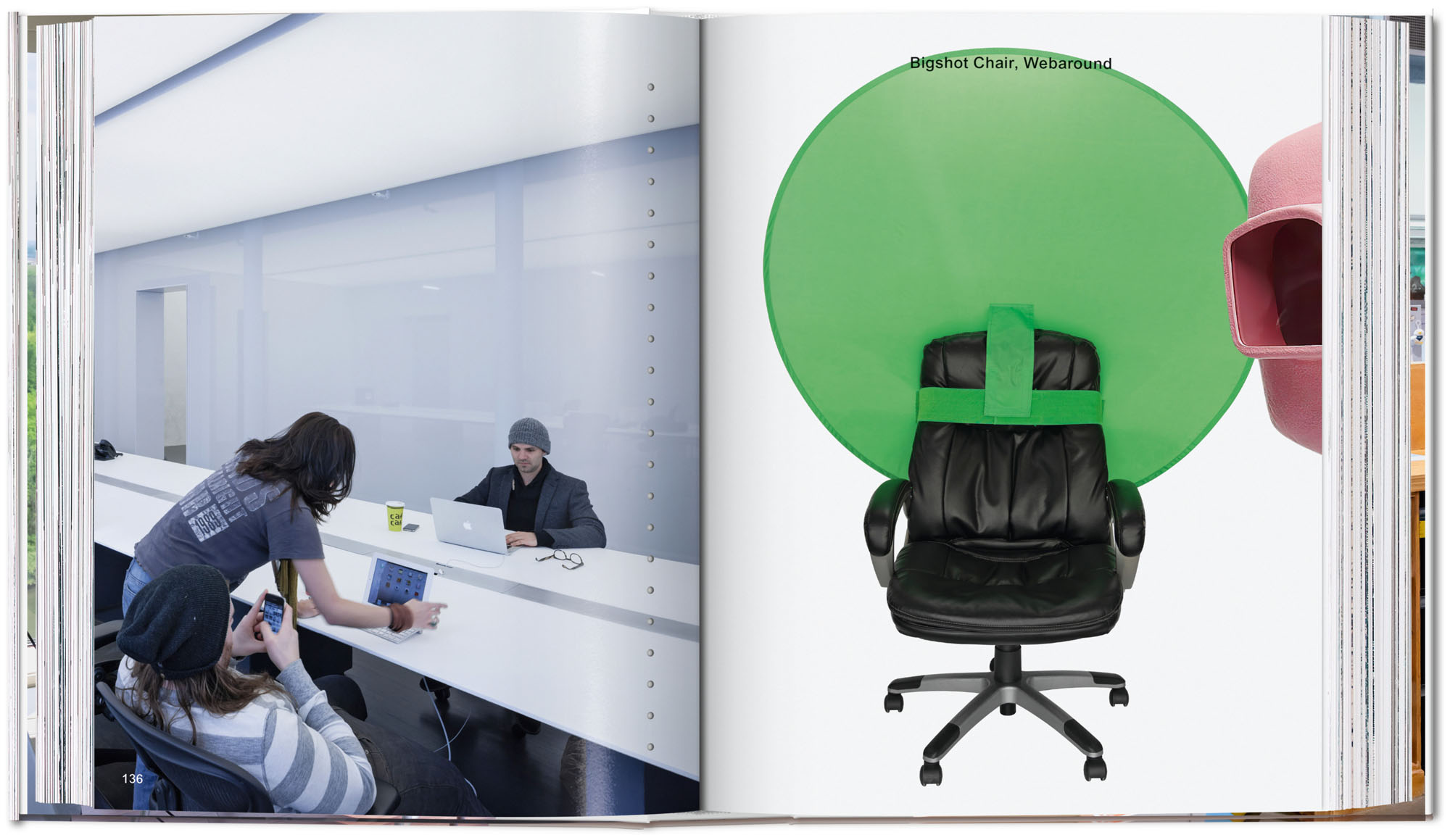 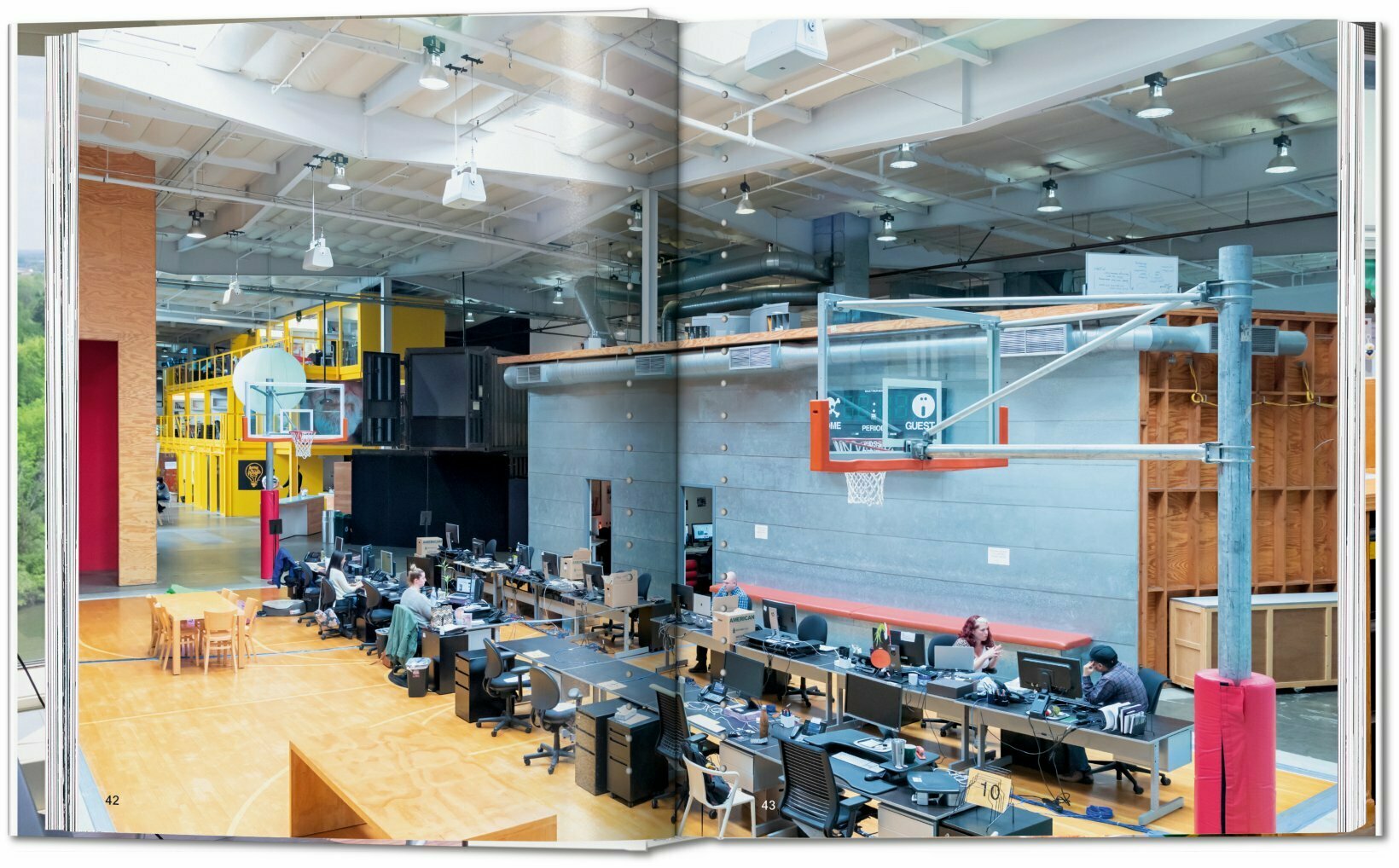 Immerse yourself with architects Florian Idenburg and LeeAnn Suen as they journey through a wide-ranging collection of the objects, systems, and buildings that have occupied the American office space since the advent of the internet. Through stories and speculations, Idenburg and Suen expose the relationships between space, work, and people, and explore the intentions that have driven the development of office design for working humans. 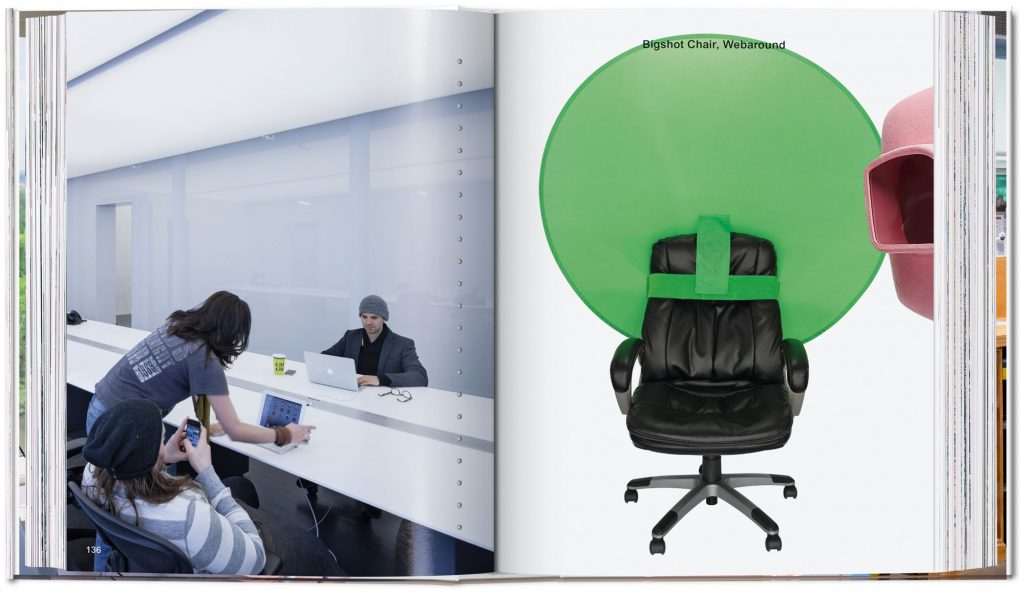 In twelve essays, this book examines the spatial typologies and global phenomena that have defined the office in the last half century. Topics include the return of the work club, the rise of the corporate festival, the way of the charismatic guru, the shattering of the time clock, and the design of playgrounds for work. We cycle through Frank O. Gehry’s radical, playful spaces for digital nomads in the advertising world, stagger under the weight of stacks of punch cards, feel the fit of our bodies in the Aeron Chair, answer the phone in Hugh Hefner’s bed, and scroll through Lil Miquela’s feed. Photographic essays by Iwan Baan provide a visual post-occupancy report on a range of canonical office projects, such as Marcel Breuer’s IBM campus in Florida and the Ford Foundation’s urban garden in Manhattan. Four intervening catalogs offer collections of experimental workplace products, augural advertisements for office building components, digital office components, and renderings of speculative workplaces; each catalog bridges the reality of the office and how we imagine its alternatives. 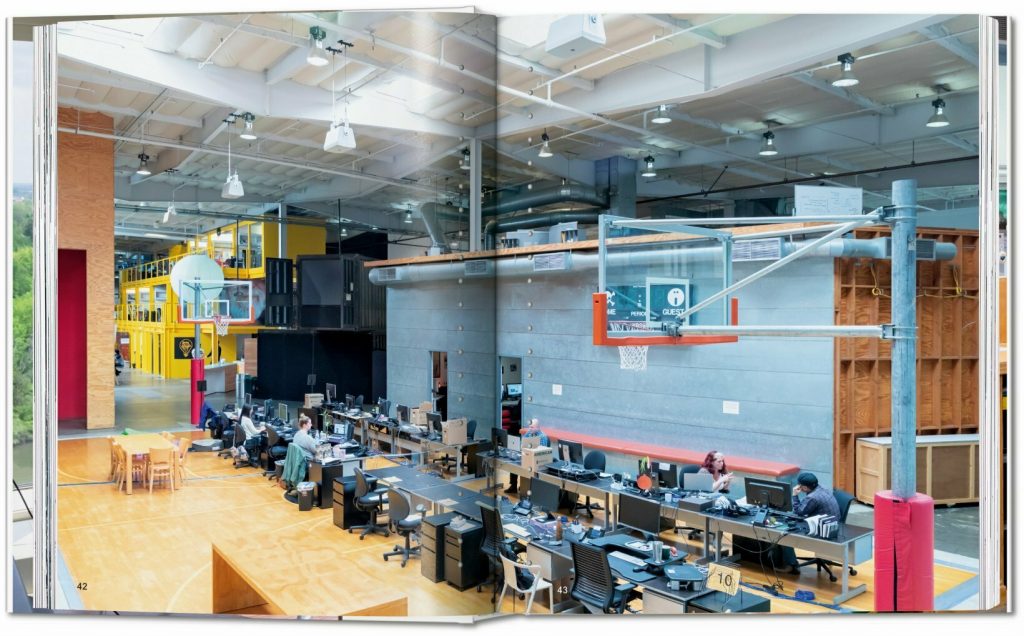 This book is a theoretical backdrop for architects as much as it is for businesspeople and employees. With curiosity and skepticism, it looks at the spaces and solutions that have been designed for human work, tracing the transformation from work to occupation, from punch cards to “playbor,” from today’s lived experience to tomorrow’s unpredictable, imagined futures.

Florian Idenburg is an architect in New York and founder of SO – IL (together with Jing Liu). Over the years, SO – IL has been thinking about the future of work, collaborating with Knoll on a series of workspace pieces that contemplate an office without desks. Idenburg further led a series of research and design studios at Harvard’s Graduate School of Design that explored the architecture of work through the lenses of tech, corporate research and development, and government work.About LeeAnn Suen

LeeAnn Suen is an architect based in Boston. She holds an MArch from the Harvard University Graduate School of Design, where she contributed to the inaugural volume of Oblique, the Journal of Critical Conservation, and served for three years as an editor of Open Letters, a bi-weekly publication addressing topics in architecture and design through letter writing. She contributed writing to Portman’s America and Other Speculations (2017) and research to the Oxford Bibliography of Postmodern Architecture. Her writing and research explore issues of property, colonization, and occupation in human society.

After studying photography at the Royal Academy of Arts in The Hague, Iwan Baan followed his interest in documentary photography, before narrowing his focus to record how humans interact within their built environment, like in his work on informal communities, such as his images of the Torre David in Caracas – a series that won Baan the Golden Lion for Best Installation at the 2012 Venice Architecture Biennale. His work has been exhibited in the Museum of Modern art, the Architectural Association in London, the AIA New York Chapter, and appears frequently on the pages of architecture, design and lifestyle publications all over the world.