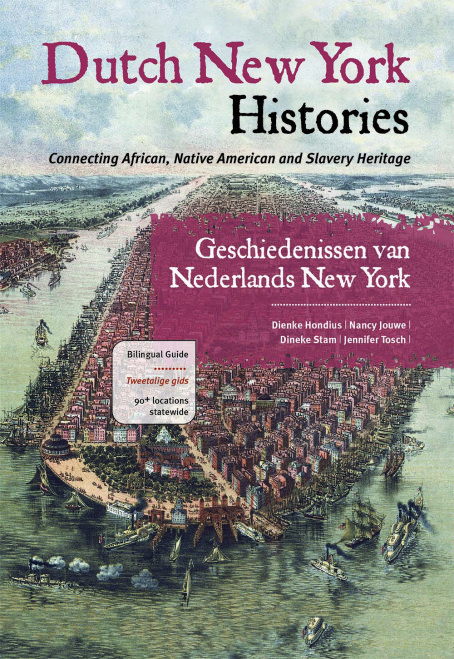 The Lapidus Center for the Historical Analysis of Transatlantic Slavery at the Schomburg Center for Research in Black Culture of the New York Public Library hosted the launch of the first of its kind book, “Dutch New York Histories. Connecting African, Native American and Slavery Heritage”, that reveals the connected histories of the Dutch, Native American and Africans and the origins of slavery in New York State. Beginning with the early encounters between Native Americans and traders from Europe, the Dutch West India Company soon brought both colonists and enslaved Africans to what would become New Amsterdam. The book highlights over 90 locations where this history took shape.

The book highlights the significant history of the first Dutch settlers, Indigenous and African Americans. The goals are to bring awareness to the ‘hidden histories’ of our past while showcasing the beauty and cultural heritage tourism opportunities of the state. This eye-opening guide traces the Dutch presence in New York city and state. The Dutch rule of New Amsterdam and New Netherland (1609-1664) was short, but it has had a lasting cultural impact. Dutch colonists, entering the rich American lands, had friendly and violent encounters with Native Americans. They traded and partnered with them, but also fought against them. Enslaved Africans built and formed New York, in farms and households. This bilingual guide invites you to visit many surprising locations of Dutch New York’s histories of trade, treason, resistance, violence, survival, profit, loss, religious zeal, old rituals and new cultural forms. Discover a new layer of information about New York State, that includes the Hudson River Valley and the five boroughs of New York City. 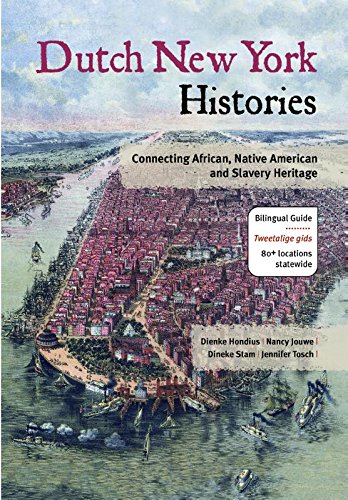 About the Authors & the Mapping Slavery Project

The authors: Dienke Hondius, Dineke Stam, and Nancy Jouwe live and work in the Netherlands; and, Jennifer
Tosch lives/works both in Amsterdam, NL and the U.S. They all come from varied backgrounds that are directly
connected to this shared history. The Mapping Slavery Project (MSP) based in the Netherlands, is a research
project that maps the Dutch global colonial presence and its connection to slavery. The MSP collaboration of
researchers is proud to be a co-creator of the tour providing an academic foundation for the tour narrative,” says
Dienke Hondius, PhD, the initiator of the MSP and Associate Professor at the Vrije Universiteit, Amsterdam. For
more information visit: www.mappingslavery.nl

About the Lapidus Center for the Historical Analysis of Transatlantic Slavery

The Lapidus Center funded by a generous $2.5 million gift from Ruth and Sid Lapidus matched by The New York
Public Library—is the only facility of its kind based in a public research library. The Center’s mission is to
generate and disseminate scholarly knowledge on the slave trade, slavery, and anti-slavery pertaining to the
Atlantic world.