Niels “Shoe” Meulman, the “Caligraffiti” artist from Amsterdam & Adele Renault, the realistic portrait painter, both have events coming up Miami. Meulman will be doing a booksigning to promote his new book “Shoe is my Middle Name” at Books & Books on December 3 at 5 PM. Adele Renault will be painting a mural at Studio Orlean Showroom from November 30 unitl December 2. On the last day you will have the chance to buy one of her paintings, “Gutter Paradise #3” at an auction of the studio from 6 to 10 PM. Proceeds will go to TECHO.

Niels Shoe Meulman (1967) is an internationally known artist, born, raised and based in Amsterdam. He began tagging ‘Shoe’ in 1979 and became a graffiti legend by the time he was 18. In the 1980s he met New York artists like Keith Haring. He then formed the Crime Time Kings with Bando from Paris and Mode2 from London. Together they gave graffiti in Europe its own distinctive style. In the years after, he ran his own design company, Caulfield & Tensing and was partner in advertising agency Unruly, which he later turned into brand for silk scarves and a gallery. 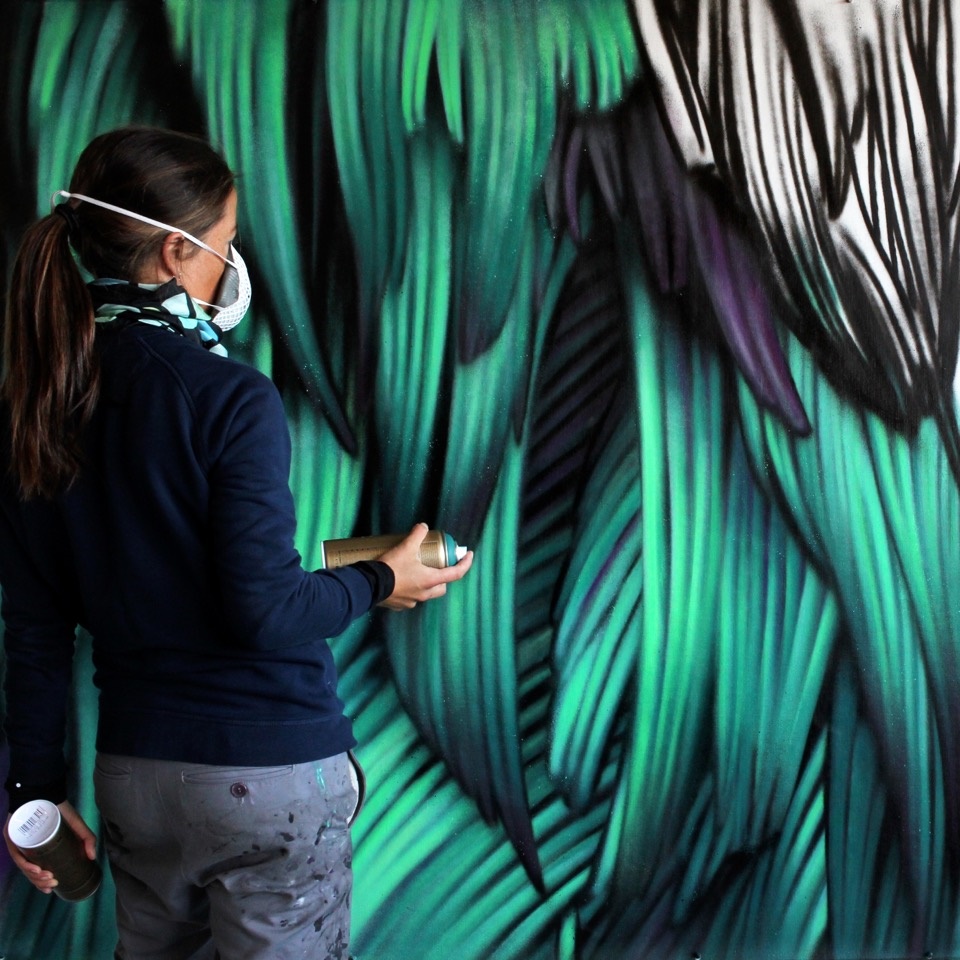 Adele Renault (1988) is a painter, who does realistic portraits of overlooked subject matter, working in scale from intimate canvasses to wall-sized murals. She studied and practiced visual arts, from classical oil painting to modern-day spray can graffiti. In 2010 she graduated from the Academie Royale des Beaux Artsin Brussels with a degree in Graphic Design. In 2009, Renault initiated her collaboration with artist Niels “Shoe” Meulman. They now travel the world together, creating large scale murals, where she adds a host of site-specific birds and animals to his iconic word-images. Together the duo also run Unruly Gallery in Amsterdam, The Netherlands, where they are based.

Renault is fascinated by the inconspicuous beauty of every day objects and subjects. She observes closely those and that not considered worthy of a second look. She paints portraits of faces, the elderly, the homeless and pigeons in a realistic style. Her subjects are pictured as photographed, yet are then isolated from their context, enlarged and flooded in sunlight.