From December 8 to March 5, "Rembrandt: Prints 'of a Particular Spirit'" will be on view at Norton Simon Museum

From December 8, 2017 – March 5, 2018, the exhibition “Rembrandt: Prints ‘of a Particular Spirit'” will be on view at Norton Simon Museum in Pasadena, CA. At the same time, the prestigious “Self Portrait at the Age of 34” on loan from the National Gallery London will be installed at the museum. This captivating self-portrait arrives in the US for the first time.

The installation of Rembrandts “Self Portrait at the Age of 34”

The Norton Simon Museum presents an installation of Rembrandt’s striking self-portrait from 1640, on loan from The National Gallery, London this winter season. Titled “Self Portrait at the Age of 34”, the painting captures the image of the artist in his middle age: affluent, self-confident and wise. Its installation at the Norton Simon Museum marks the first time the painting has been on view in the U.S. and is part of a loan exchange program between the Norton Simon Museum and the National Gallery that began earlier this year, with the London installation of the Museum’s The Repentant Magdalene, after 1660, by Guido Cagnacci. Self Portrait at the Age of 34 will be installed in the Museum’s 17th-century art galleries, alongside the Simon’s own collection of Rembrandt paintings: Portrait of a Bearded Man in a Wide-Brimmed Hat from 1633, Portrait of a Boy, ca. 1655–60, and the artist’s Self-Portrait, ca. 1636–38, executed only a few years earlier than the National Gallery’s. 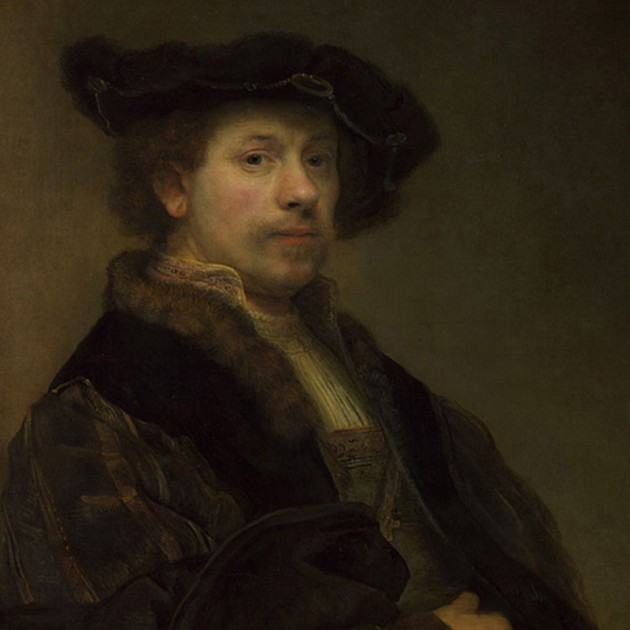 “Rembrandt: Prints ‘of a Particular Spirit'”

In celebration of the installation of Rembrandt’s Self Portrait at the Age of 34, on loan from The National Gallery, London, the Norton Simon Museum presents Rembrandt: Prints ‘of a Particular Spirit,’ a focused exploration of the artist’s graphic output between 1630 and 1640, a period in which his creative evolution and technical refinement reached new heights. Drawing from the Norton Simon’s rich collection of Rembrandt etchings, this exhibition gives viewers the opportunity to examine the artist’s inspired storytelling and sensitive studies of landscape and the human face.

The 25 works on view in this exhibition range from landscapes, such as View of Amsterdam from the Northwest, c. 1640, to religious subjects including Joseph Telling His Dreams, from 1638, and figure
studies like Self-Portrait with Saskia, 1636, and Old Man Shading His Eyes with His Hand, c. 1639. Together these works demonstrate Rembrandt’s technical finesse and ingenuity during the 1630s.
As Rembrandt’s career was reaching new heights, some of his boldest compositional treatments were subjects that he rarely addressed in paint, but gave exceptional vitality in print. Characterized
by the delicate network of lines, these works imitate the immediacy of drawings while evoking the formalities of careful study and deliberate execution. It is a testament to Rembrandt’s singularity
that we are equally captivated by his etchings today as audiences were in the 17th century. 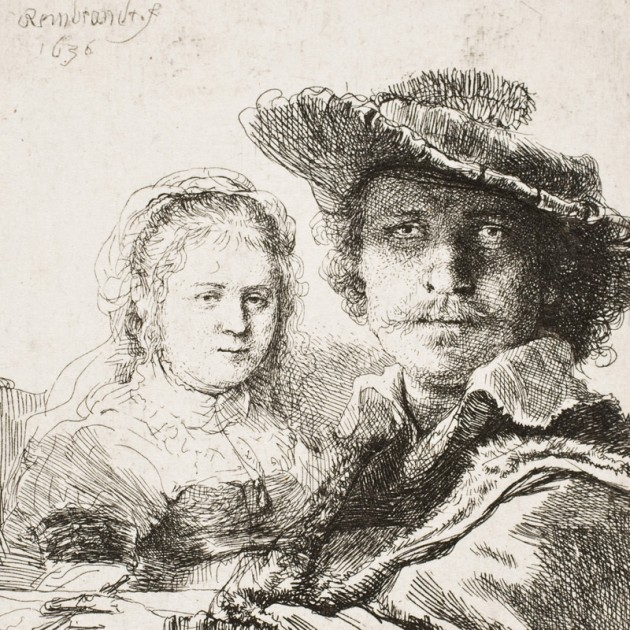 Please don’t hesitate to join one of the talks & lectures held at the Norton Simon Museum:

The Norton Simon Museum is known around the world as one of the most remarkable private art collections ever assembled. Over a 30-year period, industrialist Norton Simon (1907–1993) amassed an astonishing collection of European art from the Renaissance to the 20th century, and a stellar collection of South and Southeast Asian art spanning 2,000 years. Modern and Contemporary Art from Europe and the United States, acquired by the former Pasadena Art Museum, also occupies an important place in the Museum’s collections. The Museum houses more than 12,000 objects, roughly 1,000 of which are on view in the galleries and gardens. Two temporary exhibition spaces feature rotating installations of artworks not on permanent display.