In the past, art frames have been considered to be as important as the artworks themselves. For Framed, Holland Tunnel Gallery director Paulien Lethen invited over one hundred artists to create an artwork that includes a frame, and to feel free to play with the meaning of the word ‘framed’ or the idea of a frame. The highly divergent results are on view in the unusual and fantastic setting of Stairmasters. The artworks are presented ‘salon style’ in the monumental hallway and four-flight staircase of 59 South 3rd St, the brownstone next to the gallery. Enjoy four floors with more than 100 FRAMED art pieces. The mega group show Framed includes a number of the 700 artists that participated in exhibitions since the opening of Holland Tunnel Gallery in 1997.

The exhibition is a permanent installation and can be seen by appointment. This is the 8th exhibition in Stairmasters, the extension for long-term art projects of Holland Tunnel Gallery, since it opened in 2003. 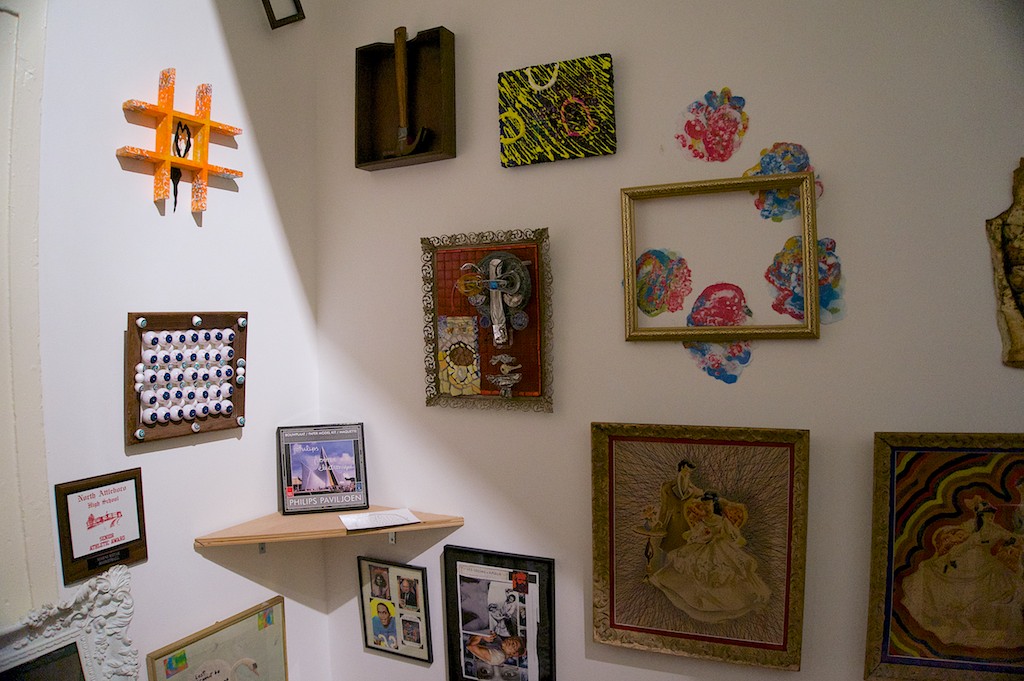 Dutch artist and Williamsburg pioneer Paulien Lethen opened Holland Tunnel Gallery in her newly installed Home Depot garden shed. The mini art space rapidly gained recognition in the art world and became a neighborhood icon. From 1997-2007 the gallery presented a monthly show schedule and is now open for special exhibitions and events.
In 2000, Holland Tunnel opened a second branch located on Paros island in Greece, with yearly summer exhibitions, music and cultural events. In 2003, Stairmasters was launched in the hall and monumental four flight staircase of the brownstone next to Holland Tunnel Gallery for long term exhibitions open for special exhibitions.