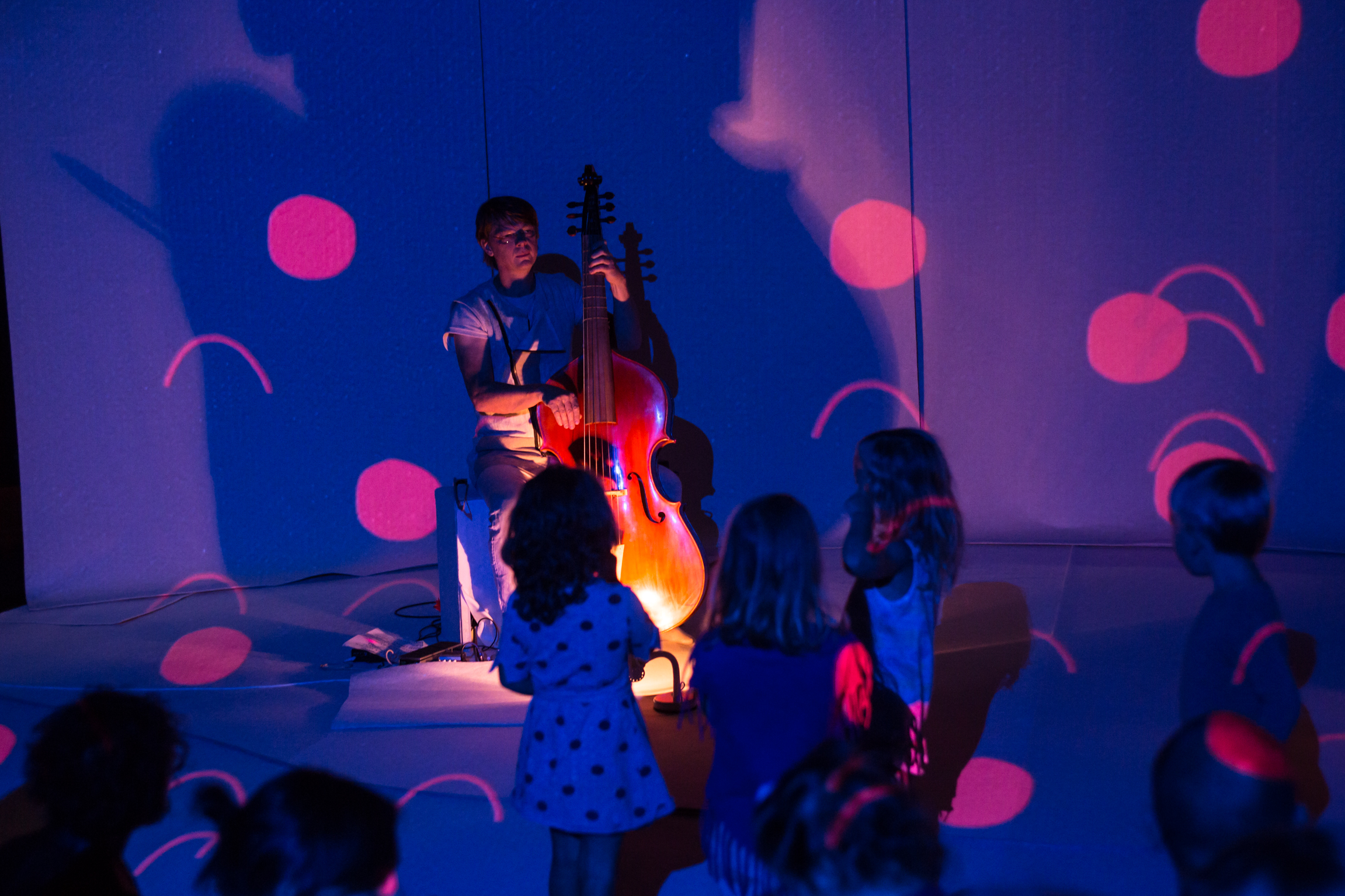 _W_oaah look at the floor!” “Look, it’s stairs!” “It’s magic!” Enjoyment was all around last Saturday at the Brooklyn Academy of Music, where Dutch musical theater company Oorkaan performed the first US shows of their toddler production Glimpse. A traveling production since 2014, Glimpse transports the audience to a captivating world of sounds and colors, inviting the children to imagine what the music they hear might look like. The show alternated funky jazz with mesmerizing serene motifs, all composed by Oorkaan’s percussionist Rob Kloet and Tony Overwater on violone. A special role was set aside for director Bram de Goeij and his harmonica. The very young audience listened breathlessly as he quietly played a few tones, magically turning a light bulb on and off. 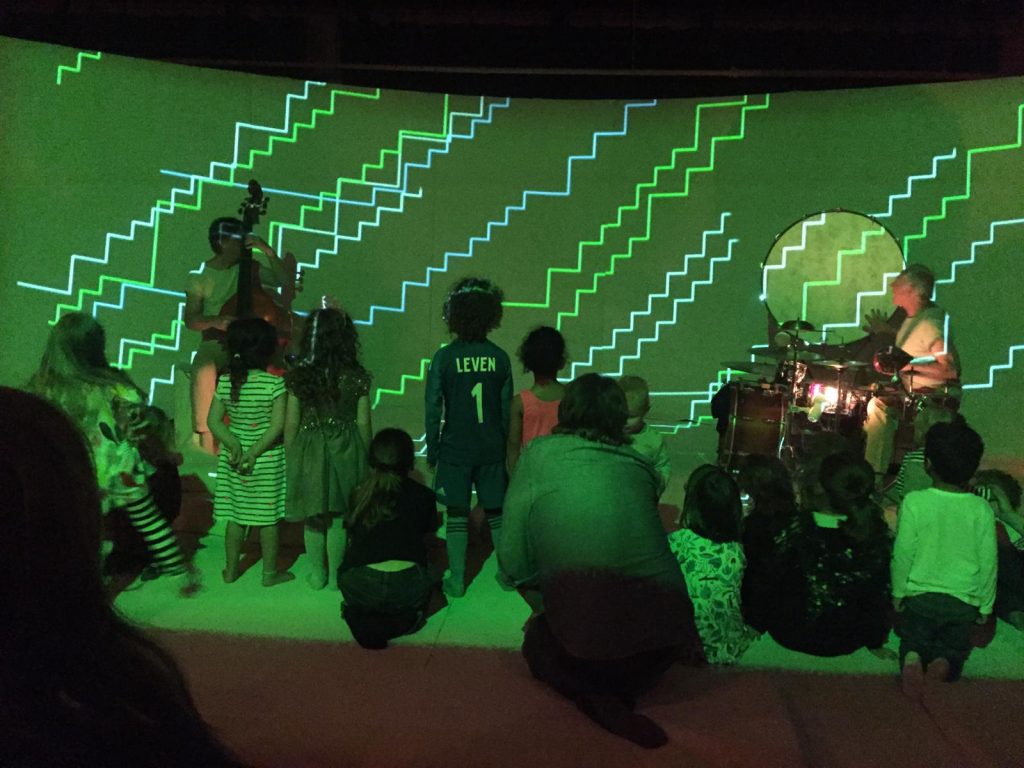 The music was accompanied by live projections of colorful drawings by Lotte van Dijck. Dots, lines, triangles, circles, and other abstract shapes filled the all-white stage. The instruments and musicians – all dressed in white – often turned into a canvas themselves, much to the delight of the children. The drawings did not just accompany the music, they interacted, creating an exciting game between colors, shapes, tones, volume, and rhythm. The music flowed, raced, tip-toed, and spiraled its way onto the canvas, reacting to the sounds of the instruments. Or is it the other way around? What happens when you play louder or softer? What does that green circle sound like? 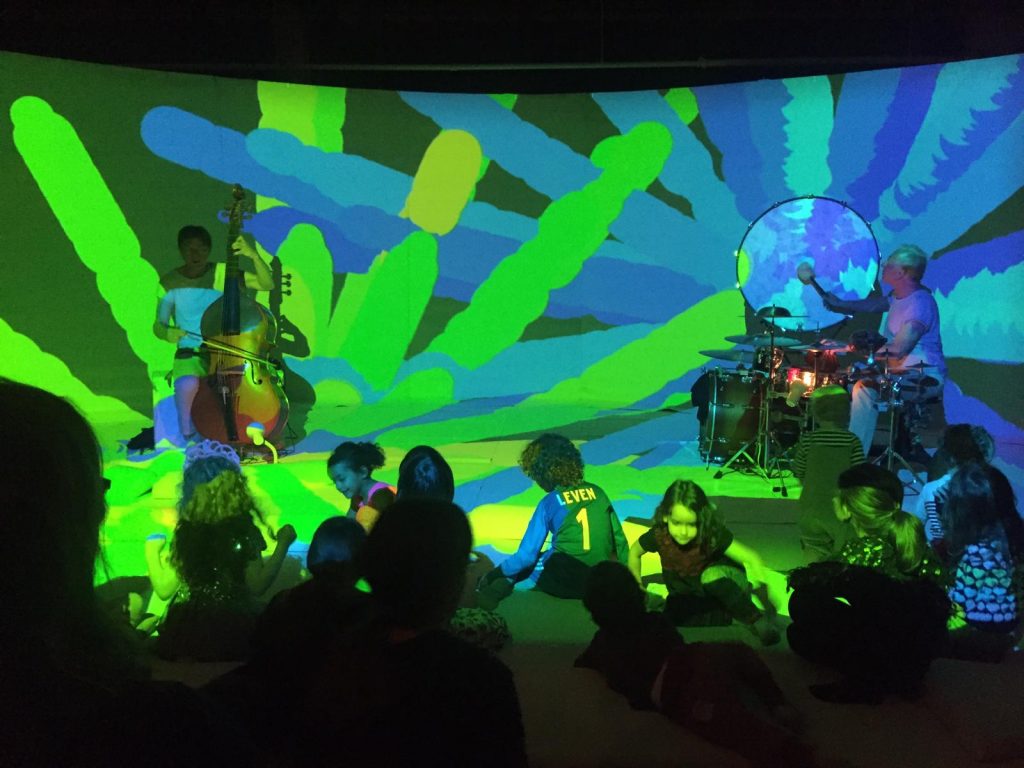 With Glimpse, Oorkaan creates an interactive concert that invites the children to participate and connect with what they see and hear: no need for ssshhhh! Oorkaan consciously chooses to invite the children to play and participate. The toddlers who were present on Saturday happily obliged, dancing and actively engaging with what was happening on stage: “There, there, no there!” shouted the children as they guided drummer Rob Kloet in his chase after a purple dot. The myriad of sounds and possibilities of the drum kit and other percussion items and the visuals they created could also count on much enthusiasm, from trying to touch the “ice” created by a cowbell or picking up “flowing petals”.

It was wonderful to see the toddlers react to the music and the playful interaction it created with the drawings. We ended the performance with a collective dance-off and afterwards, everybody was invited to take a closer look at and touch the instruments. Now, what would that purple dot sound like…? 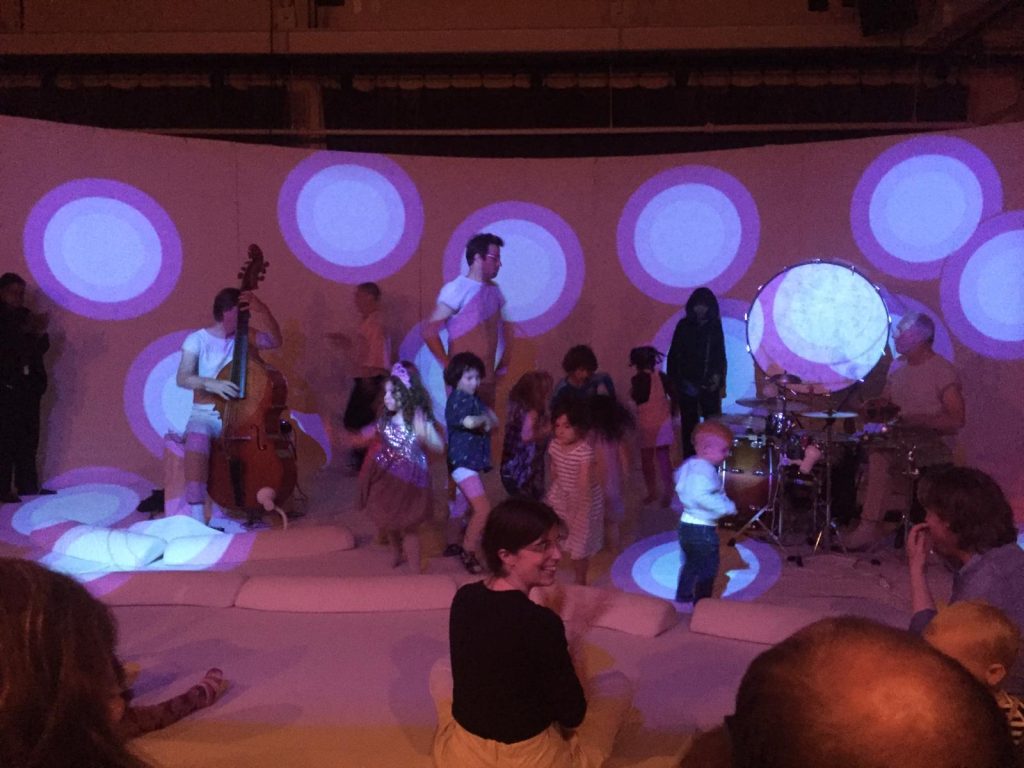 All performances at the Brooklyn Academy of Music are sold out. Oorkaan will return to the US January 11-12 2020 for five performances of Glimpse at the Kennedy Center in Washington. More info…