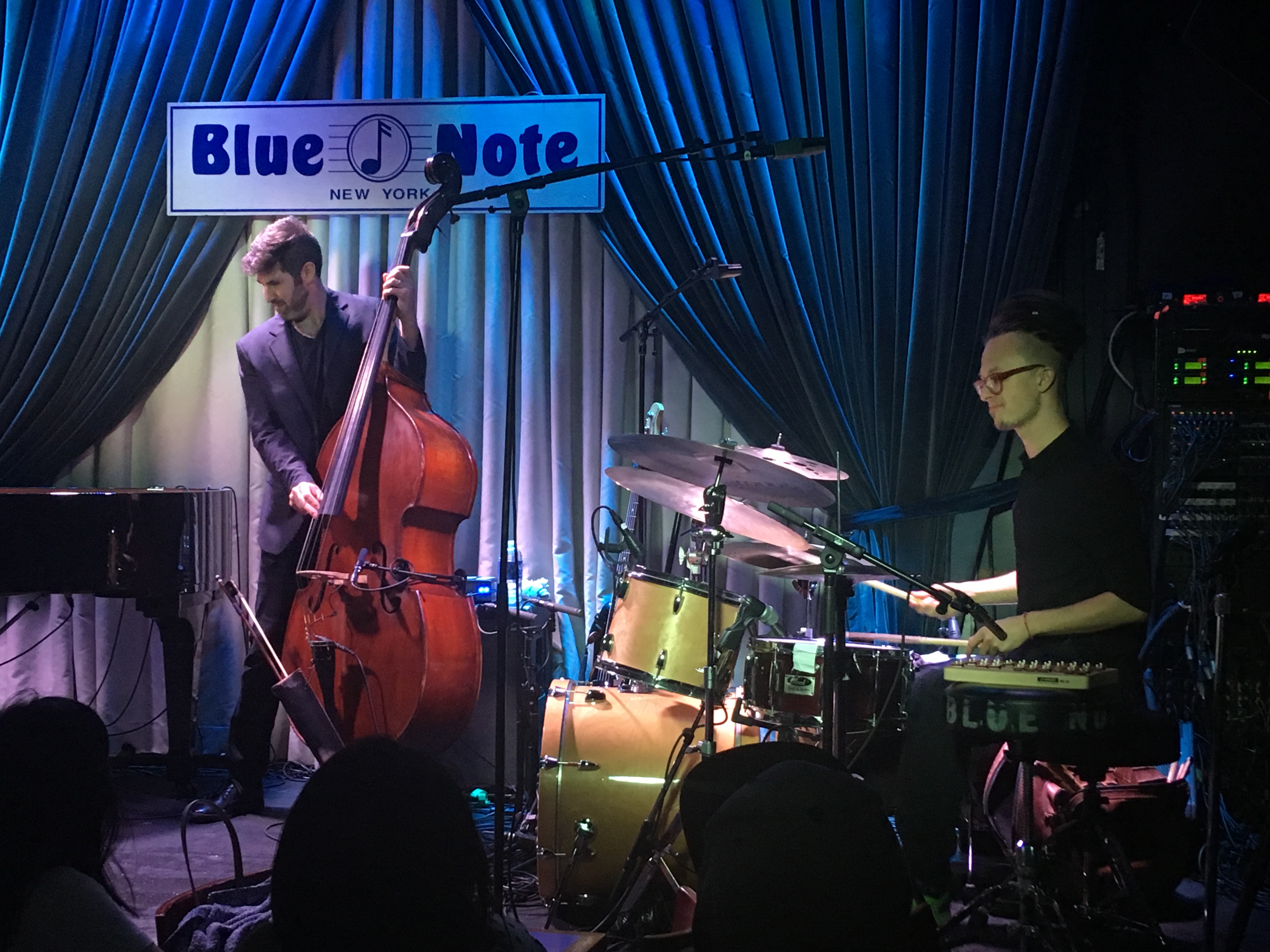 Yesterday, the Philippe Lemm Trio ( Philippe Lemm – Drums, Angelo Di Loreto – Piano and Jeff Koch – Bass) performed twice at the legendary Blue Note jazz club as part of the European Sound Series in June. The group’s repertoire draws heavily from re-imaginations of jazz standards in a way that both defies genre and corresponds to any modern jazz fan. Playing at the Blue Note has always been a dream of the three musicians, who met in 2011. Their setlist included their own work such as ‘Caffeinated Souls’ and the poem ‘City Birds’ (which is also the name of their new album) as well as classics such as Joni Mitchell’s ‘River’ and a Peter Gabriel & Kate Bush duet. The trio’s new album is available on their website here. 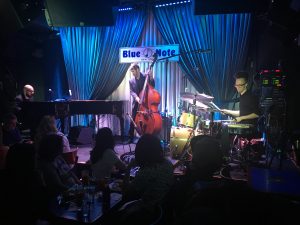 About the Philippe Lemm Trio

“The Philippe Lemm Trio is continually proving to be one of the most exciting and electrifying jazz trio’s around today. Led at the helm by drummer Philippe Lemm, the group met in New York in 2011, and after one session together, realized that their undeniable chemistry was one that needed to be taken and shared with the world. Comprised of three musicians with exceptional command of their instruments, the group’s repertoire draws heavily from re-imaginations of jazz standards in a way that both defies genre and corresponds to any modern jazz fan. The group uses their trust and understanding of one another’s musical tendencies to create passionate musical soundscapes, which range from traditional jazz to the progressive rock/classical-influenced music. Hearing the trio is a special and unforgettable experience, and you will be captivated after listening to one piece.” Their TV appearance on the TV-show Vrije Geluiden led to sold out concerts throughout The Netherlands, Belgium and Germany on the first half of their European CD release tour. The trio has performed on stages like: North Sea Jazz Festival, Pori Jazz Festival, Bimhuis (Amsterdam), Getxo Festival (Bilbao), Rockwood Musichall (New York), Loftas (Vilnius), Tivoli (Utrecht), Blue Frog (Mumbai)