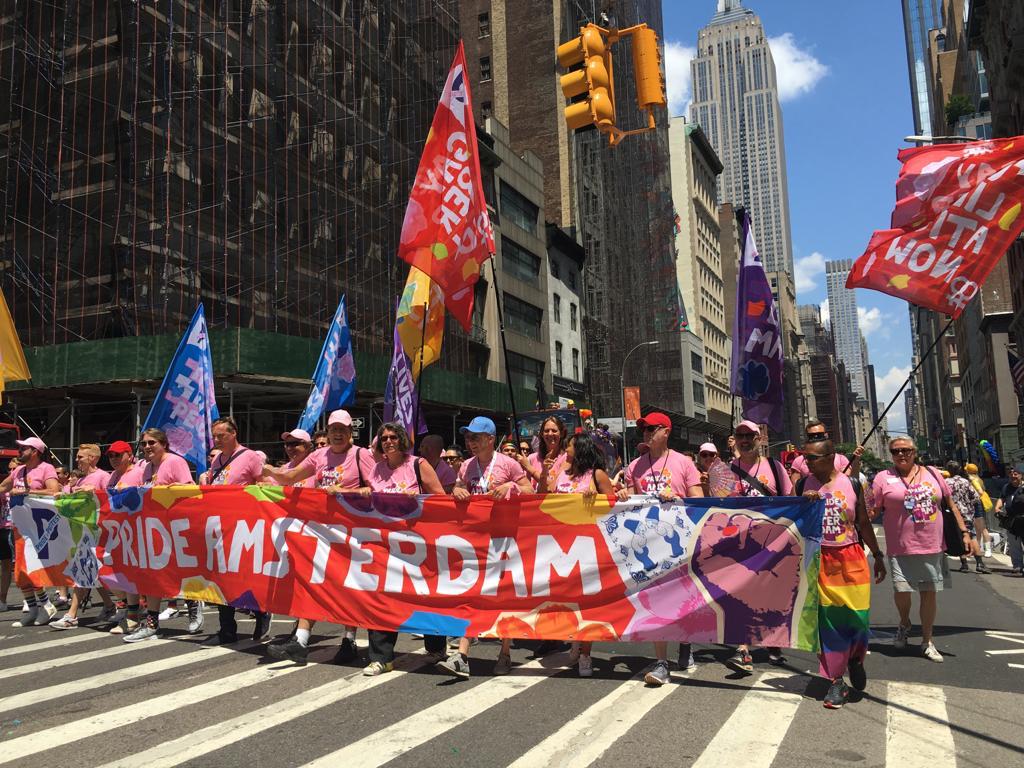 Dutch LGBTQIA+ Short ‘Something About Alex’ was screened at the Palm Springs Short Fest on June 20th. The short received a Special Mention in the Young Cineastes Award category. Read more about the short here.

On June 21st, Dutch short ‘Turn it Around’ was screened at the Splice Film Fest in Brooklyn, where it was awarded Best LGBTIQQ Film. ‘Turn it Around’ won the award for ‘Best Short Film Male’ at the San Diego LGBT Film Festival. Read more about the film here.

The Amsterdam Rainbow Dress was displayed at several corporate events, including BNY Mellon’s WorldPride 2019: Leading the Way for Equality event on June 25th.

As part of WorldPride in NY, multiple Dutch activists and artists were here to participate in events in support of #LGBTQIA rights. On June 27th, ING in NYC hosted a Pride Uncontained panel taking a closer look at LGBT economic empowerment in public & private sector.

Monument of Pride screening at the SF Consulate-General

In San Francisco, the Consulate-General hosted a screening of the Dutch documentary ‘Monument of Pride’ ( Monument van Trots) on June 27th. Read more about the documentary here.

From mid-June to early September, Kings and Queens photographs were displayed in the windows of CUNY law school. Kings and Queens were also exhibited at BAM where they were a vital part of the Everybooty event (June 29) in honor of Stonewall 50.

On June 30th, The Dutch Consul and 16 employees of the Consulate-General walked with Pride Amsterdam in the international section of the Pride New York march in solidarity with the international LGBTQIA+ community and to commemorate the 50-year anniversary of the Stonewall Riots.

On the same day, the Consulate-General staff joined other members of the EU, walking SFPride. They were proudly wearing the orange shirt saying “Orange is always part of the rainbow”.

Orange is always part of the rainbow - WorldPride SF