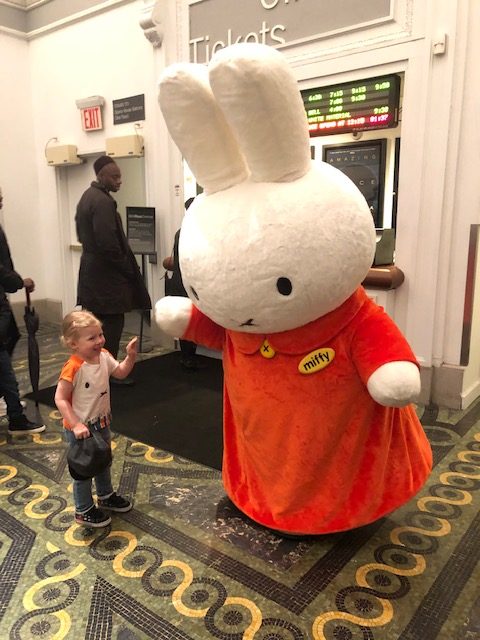 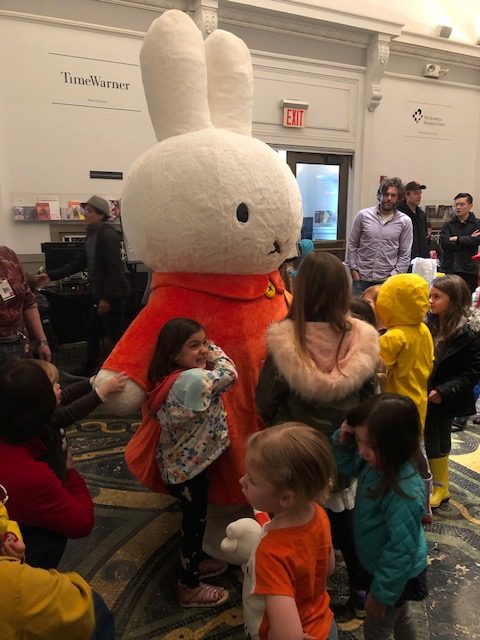 _L_ast weekend, one of the worlds most beloved children’s book characters made a special appearance in Brooklyn, New York. On Sunday, March 31st, Miffy – the little rabbit with a big personality – personally joined her fans after the screening of Miffy the Movie at the Brooklyn Academy of Music. In the 2013 stop-motion movie directed by Hans Perk, Miffy and her friends enjoy a day at a zoo and solve a series of riddles. While watching, the children learned about sound, shape, color, and movement, and discovered the value of teamwork. View the trailer here.

The screening of Miffy the Movie was part of the 2019 program Never Grow up!, which presents Dutch performing arts for young audiences in the United States. Never Grow Up! is a joint effort of Dutch Performing Arts, the Consulate General of the Kingdom of the Netherlands in New York, Eye International, Netherlands Film Fund, Cinekid, Dutch Foundation for Literature, and DutchCulture. The program aims to stimulate the dissemination and visibility of Dutch youth arts as well as cultural exchange and partnerships with renowned US-based presenters and organizations.

The next Never Grow Up! events will take place in May: the film Light As Feathers (view the trailer here) will be screened at the Museum of the Moving Image during the Panorama Europe Film Festival (keep an eye on the Never Grow Up! blog for more detailed info), children’s book authors Benny Lindelauf and Mylo Freeman will speak at the Bay Area Book Festival, and Oorkaan presents musical theatre performances for toddlers at the Brooklyn Academy of Music. Read more about the Never Grow Up! program and view the full schedule of this year’s events on the Never Grow Up! blog.