On May 3, OMA-architect Reinier de Graaf presents his book Four Walls and a Roof at 92nd Street Y. De Graaf will be joined by the highly acclaimed architecture critic Paul Goldberger. Tickets for this unique event are $35,- each, you can find them here.

Acclaimed among the best books of 2017 by the Financial Times and the Guardian, Four Walls and a Roof brings together a collection of essays that debunk the myths that Reinier identifies to be looming over the profession of architecture. Together with Paul Goldberger, they will discuss the current state of the profession and the role that architects play in today’s society, looking at how community and citizen participation impacts this role, how smart technology infiltrates architecture, and what the fascination for smart cities may bring about.

Four Walls and a Roof:
The Complex Nature
of a Simple Profession

The book, published by Harvard University Press, consists of a collection of essays that brings together Reinier de Graaf’s thoughts about architecture in the 21st century as well as accounts of some of his own tragicomic experiences in the field.

Reinier de Graaf reveals the world of contemporary architecture in vivid snapshots: from suburban New York to the rubble of northern Iraq, from the corridors of wealth in London, Moscow, and Dubai to garbage-strewn wastelands that represent the demolished hopes of postwar social housing. We meet oligarchs determined to translate ambitions into concrete and steel, developers for whom architecture is mere investment, and the layers of politicians, bureaucrats, consultants, and mysterious hangers-on who lie between any architectural idea and the chance of its execution.

Four Walls and a Roof tells the story of a profession buffeted by external forces that determine – at least as much as individual inspiration – what architects design. Perhaps the most important myth debunked is success itself. To achieve anything, architects must serve the powers they strive to critique, finding themselves in a perpetual conflict of interest. Together, architects, developers, politicians, and consultants form an improvised world of contest and compromise that none alone can control. 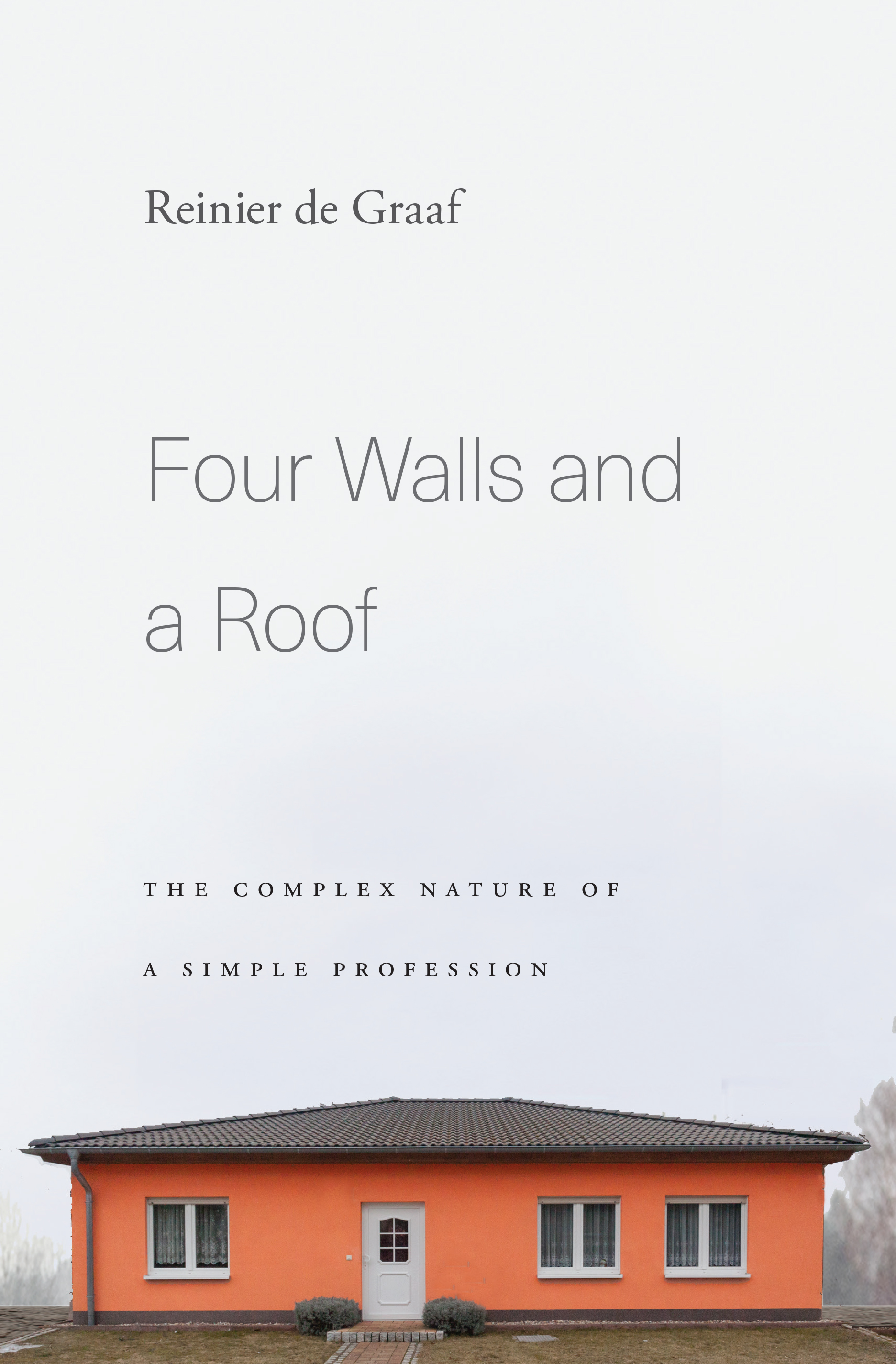 Reinier de Graaf (1964, Schiedam) is a Dutch architect, architectural theorist, urbanist, and writer. He is the Office for Metropolitan Architecture (OMA)’s longest-serving non-founding partner, leading projects in Europe, Russia and the Middle East. His recent built work includes the Timmerhuis, a mixed-use project in Rotterdam widely recognized for its innovation in ways of working and living, sustainability and cost efficiency; fashion brand G-Star Raw’s corporate and design headquarters in Amsterdam; and De Rotterdam, currently the largest building in the Netherlands.

Founded 140 years ago to serve the Jewish people, 92nd Street Y promotes individual and family development and participation in civic life within the context of Jewish values and American pluralism.

As a nonprofit community and cultural center, 92nd Street Y seeks to create, provide and disseminate programs of distinction that foster the physical and mental health of human beings throughout their lives, their educational and spiritual growth and their enjoyment.

92nd Street Y reaches out beyond its core constituency of American Jews to serve people of diverse racial, religious, ethnic and economic backgrounds, seeking partnerships that leaven our programs and broaden our influence.