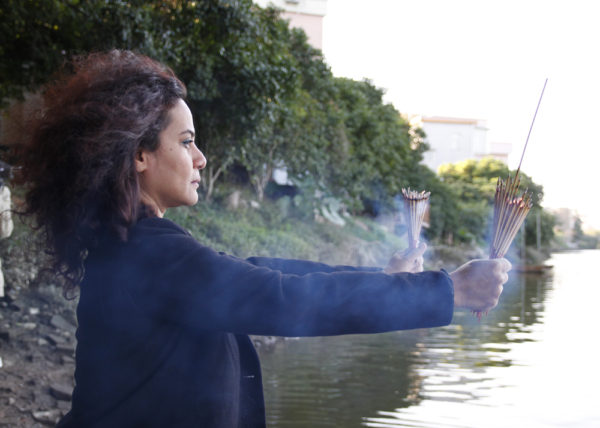 On Saturday June 18, Monali Meher presents together with Amina Ahmed (US) Ritual Traces supported by the South Asian Women’s Creative Collective (SAWCC), curated by Shelly Bahl. Monali Meher and Amina Ahmed are engaged in interdisciplinary art practices that encompass, amongst other layers, performative gestures and ritualistic movements of the female body within the natural and built environment. Both artists consider the relationship of the body to the elemental forces of air, earth, fire and water. Also important, is the passage of time, repetition, and engagement with the audience in moments that are ceremonial and intimate. These interactions offer the potential for profound silent conversations that oscillate between our physical existence and metaphysical yearnings.

The performances will be followed by an artist talk and picnic reception, in which the artists will discuss their international and interdisciplinary art practices.

The schedule for June 18:

Meet at lawn (near Pebble Beach) in Brooklyn Bridge Park.

Bridges are great architectural achievements symbolizing progress and growth. They are also metaphorical connecters between places, cultures, and people. In this performance, the artist walks backwards across the bridge, carrying lit incense sticks in her hands. By walking backwards, she faces and meets the eyes of the audience/witnesses/followers. The ritual of incense becomes a momentary experience shared by people who participate in the walk and the pedestrians of the city itself. The ephemeral smell and smoke has its own movement as it merges into the atmosphere and disappears, and this metaphor is so close to life as well as to live art. In this turbulent political and social climate, the act of walking backwards across city boundaries and ending with facing and acknowledging the East River is a significant component of the performance. 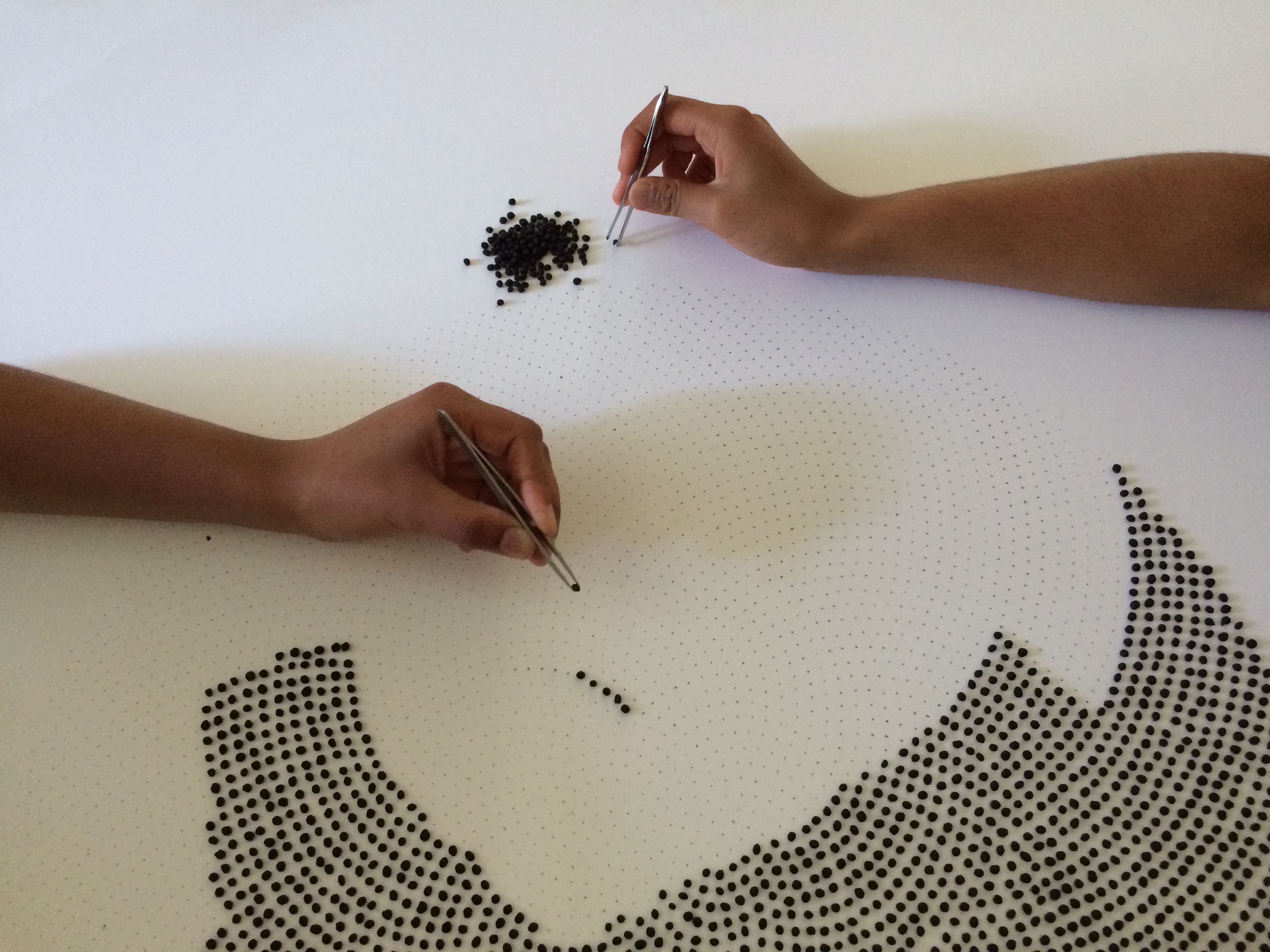 Invocation re-enacts a traditional gathering of women, who together make a visibly poignant collective drawing, significant in its imbuement of the Divine spirit. This artwork enables a collaborative healing process in the face of violence and trauma. Participants are invited to sit with the artist, in a space marked by a curtain in a public park, and experience the practice of placing and pasting hand rolled paper seeds onto a large linen board, guided by a geometric pattern. This is an ongoing series that culminates with a drawing of 7000 paper seeds. The shared environment nourishes a sanctuary of a familiarity that relies on women recognizing themselves through the Self, and their acknowledgement of other women.

Since 1998 Meher’s art practice involves various disciplines. The most significant one is ‘Performance Art’. Decay, hybridization & transformation: Creating new identity; reshaping belongings; intimacy; a dialogue of matter and memory all these constitute the language of her work. ‘Time’ as a factor, is central to her practice, whether it’s a wrapped object or a performance. She uses time as medium, which is extended, assembled and captured. The aspects of continuity, repetition, vulnerability, duration, temporality, awareness, situation and public involvement are also inherent qualities that inform her art practice. The process before and after the performance is equally important and challenging.

Amina Ahmed was born in East Africa and is a Kutchi Turk Indian. She grew up in England and has lived in Iran and the USA. Ahmed is a graduate of Winchester School of Art and the Chelsea School of Art. She received her MFA from the Royal College of Art (1991), where she specialized in Visual Islamic and Traditional Arts and was awarded the Barakat Trust prize for excellence. A visual artist, educator and activist, Ahmed is a board member for the Muslim Women’s institute for Research and Development, and Advisory board for Zanbeel Arts and Twelve Gates Gallery and Women’s Voices Now. Her projects are inspired by her interests in human rights and coalition-building. She has worked with several non-profit art institutions in the US and UK. Her work has been exhibited in the USA South Asia and Europe, Ahmed is a former studio member of the EFA NYC and is currently a Studio Resident at Mana Contemporary NJ. She lives in NJ.

The South Asian Women’s Creative Collective (SAWCC) has served South Asian women since 1997 and has earned a reputation for showcasing cutting-edge work that deals intelligently with issues of gender and cultural representation. Currently, our public programs include monthly events presenting the creative work of South Asian women in multiple disciplines, a studio circle for visual artists, literary festivals, performances, and an annual visual arts exhibition. SAWCC provides women of South Asian descent with links to various communities and encourages their growth as artists by providing a venue to exchange ideas and feedback on their creative work and network with other South Asian women artists, educators, community workers, and professionals.

This project is funded in part by grants through the NYC Department of Cultural Affairs and the Mondriaan Fonds.