Rotterdam Architecture City Guide Released In The US 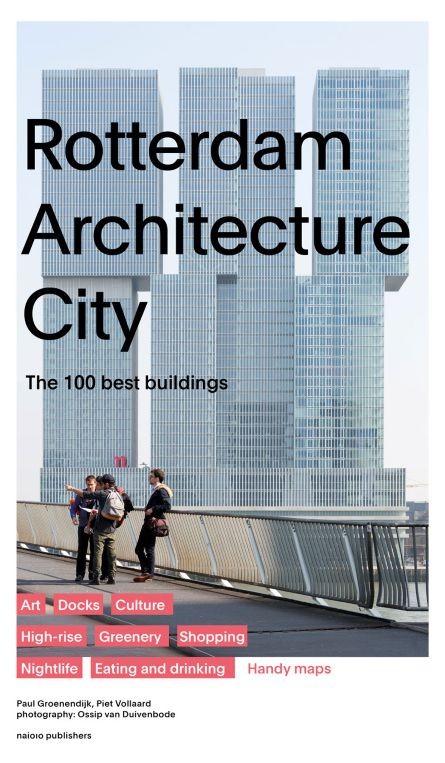 Rotterdam Architecture City Guide, written by Piet Vollaard and Paul Groenendijk, is released in the US by Nai010 Publishers. Rotterdam ranks among the top international architectural destinations. And with good reason: the Markthal, the new Central Station and De Rotterdam, along with such established icons as the Kunsthal and the Van Nelle Factory are just some of the architectural magnets drawing international architecture lovers to the city on the Maas.

This compact and up-to-date architecture guide to Rotterdam presents the highlights of the Netherlands’ number one city of architecture: the latest high-profile buildings, illustrious icons, plus the city’s hidden jewels.

In addition to the 100 best buildings, this guide also directs visitors to the city’s most interesting locales, including entertainment and dining out in an architectural setting, the cultural haunt of Witte de Withstraat and the lieu de mémoire of the fire line.

Piet Vollaard was the director of ArchiNed for many years, an architect, a teacher at various Academies for Architecture and Delft University of Technology, and the author of, among others, Herman Haan, architect and the Guide to Modern Architecture in the Netherlands.

Born in 1957, Paul Groenendijk graduated as an architect from the TU in Delft in 1984. He worked as a publicist and researcher ever since. Next to writing and publishing architectural guides, he is the face behind www.architectuurgids.nl. And next to that, is he linked to the Platform Wederopbouw Rotterdam.