This summer, Dutch artists Saskia Janssen and George Korsmit released a publication that captures the time they worked on two projects in Peekskill, NY: "Welcome Stranger."

This summer, Dutch artists Saskia Janssen and George Korsmit released a publication of their projects during a residency in Peekskill, NY: “Welcome Stranger.”

“Welcome Stranger” is the title of two projects created by Janssen and Korsmit in Peekskill, a small town to the north of New York City. The works were part of Peekskill Project 6, a city-wide art festival in public space. Organized by the Hudson Valley Center for Contemporary Art, this festival continued through to the end of 2015. 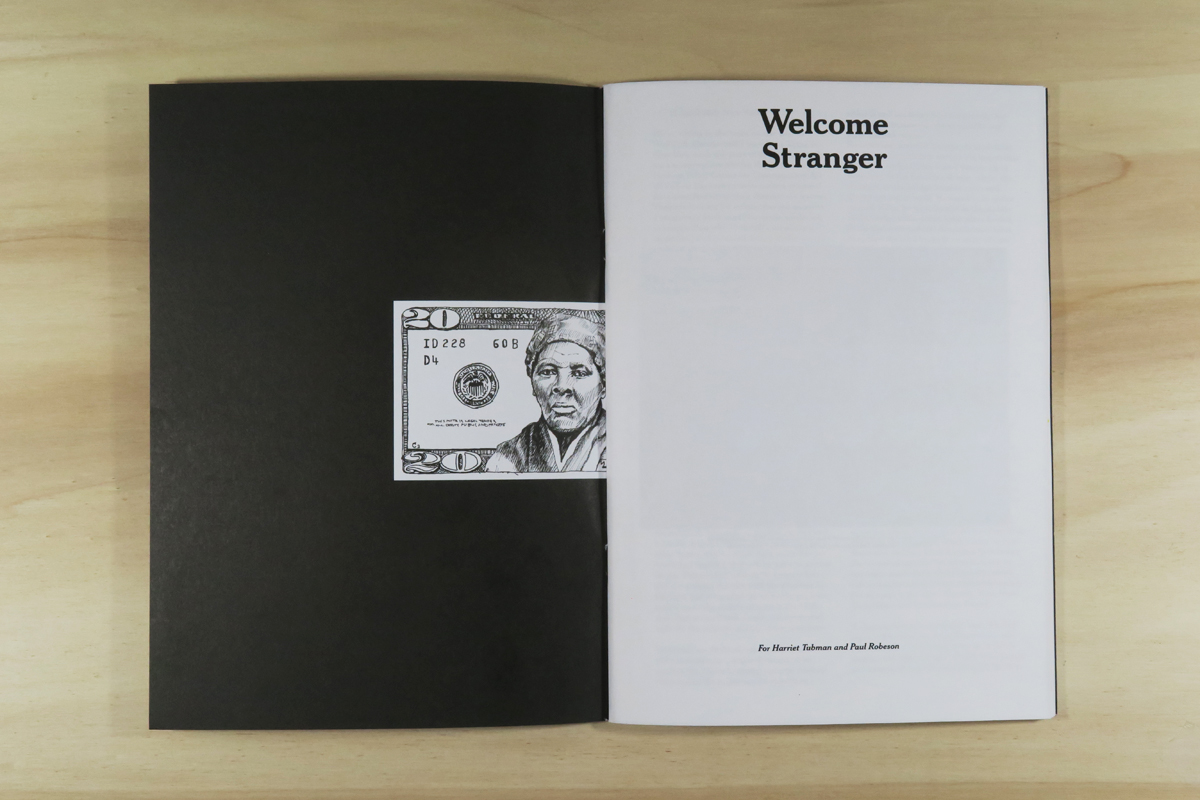 During their residency, Janssen and Korsmit worked in close collaboration with the residents of Peekskill. Based on the African-American history of Peekskill and against the backdrop of the current political climate in the USA, the Black Lives Matter movement and the rise of Donald Trump, they created a work in the public space and five wall paintings in the apartments of Bohlmann Towers in collaboration with the tenants.

You can order the book by emailing Saskia Janssen, or Gallery Ellen de Bruijne PROJECTS in Amsterdam.

Saskia Janssen (born 1968, ‘s-Hertogenbosch, The Netherlands) lives and works in Amsterdam. She graduated from the Royal Academy of Fine Art in The Hague and was a resident at the Rijksakademie in Amsterdam in 1996 and 1997. Janssen is represented by Ellen de Bruijne PROJECTS and currently teaches at de Gerrit Rietveld Academy in Amsterdam. From January through December 2015 she is a resident artist at I.S.C.P., New York

Saskia Janssen mixes a variety of media with an anthropological approach in her socially engaged site-specific works. She has collaborated with a.o. sailors, nightclub singers, hard drug users, Buddhists, psychiatric hospital patients and inmates. Often to make visible, or materialize situations that are invisible at first. The outcomes of these collaborations have taken the form of installations, recorded albums, drawings, performances and printed publications. Together with George Korsmit, in 2005 she established The Rainbow Soulclub, an art studio in an Amsterdam shelter for long-term drug users. Since then, they have run a weekly program in the studio, often together with their art students.

George Korsmit is a Dutch artist living and working in Amsterdam. Together with Saskia Janssen he founded the Rainbow Soulclub which involves weekly meetings and collaborative projects between artists, art students, and clients of Stichting de Regenboog (Rainbow Foundation). In his art Korsmit usually reduces his role to that of intermediary. His part in the creation of the work is limited to establishing a set of rules to follow. The outcome of his work is thus often unknown and unpredictable.