On June 7th a bigger event will take place: an expert meeting with numerous Dutch and American partners in the Shared Cultural Heritage field. The attendees will represent different domains that are important in the field of Shared Cultural Heritage such as museums, the world of archaeology, Archives, Governmental Bodies, Heritage tourism, Education and Scholarship. All will take place in the Amsterdam City Archives.

The meeting aims at facilitating opportunities for in-depth knowledge exchange between Dutch and American partners in order to identify opportunities to collaborate and to explore, creatively broadcast, and explain elements of the Shared Cultural Heritage between the Netherlands and the United States. From its roots up through the present day, to eventually raise the awareness of this Shared Cultural Heritage amongst a broad audience. The representatives from a diverse range of institutions in the Netherlands and New York will participate in several roundtable discussions and plenary presentations. 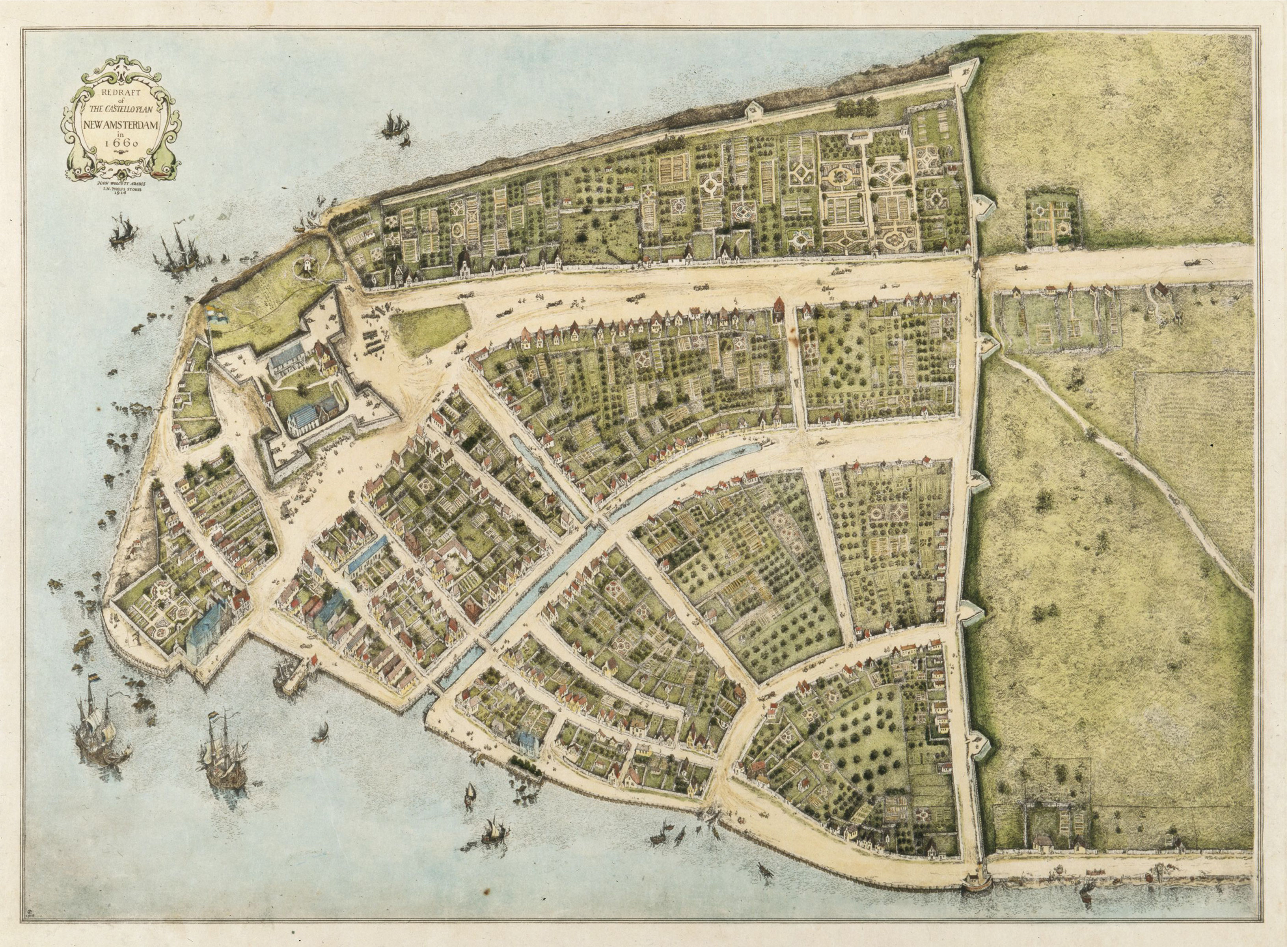 About New Netherland and Its Heritage

Shared Cultural Heritage stands for the tangible and intangible traces left abroad by the Netherlands during their trade and colonial history. Examples of shared heritage projects include making the archives of the West India Company accessible for research and education, training and capacity building for local experts on redevelopment and conservation of built heritage and underwater archaeology, and raising more awareness for shared heritage and its meaning for people today.Shared cultural heritage is one of the priorities of the Netherlands’ international cultural policy, which is a responsibility of the Ministry of Education, Culture and Science and the Ministry of Foreign Affairs. DutchCulture implements the Shared Cultural Heritage programme in association with the Cultural Heritage Agency of the Netherlands, the National Archives of the Netherlands, the Dutch embassies and various institutions in the heritage field.

After the Hudson 400 celebration in NYC 2009, the United States became a focus country for the 2013-2016 Shared Cultural Heritage policy framework in the Netherlands. In these years, a sizeable international network of important partners has come into existence and important projects that raise awareness about the Shared Cultural Heritage are developed. The US continues to be a focus country for the 2017-2020 policy framework. To initiate and identify partnerships and projects a first Shared Cultural Heritage Round Table took place with American Partners in Albany (known as Beverwijk during the New Netherland period) at the end of 2016. The particular meeting on June 7th at the City Archives in Amsterdam, with both American and Dutch partners, is organized as a follow up.