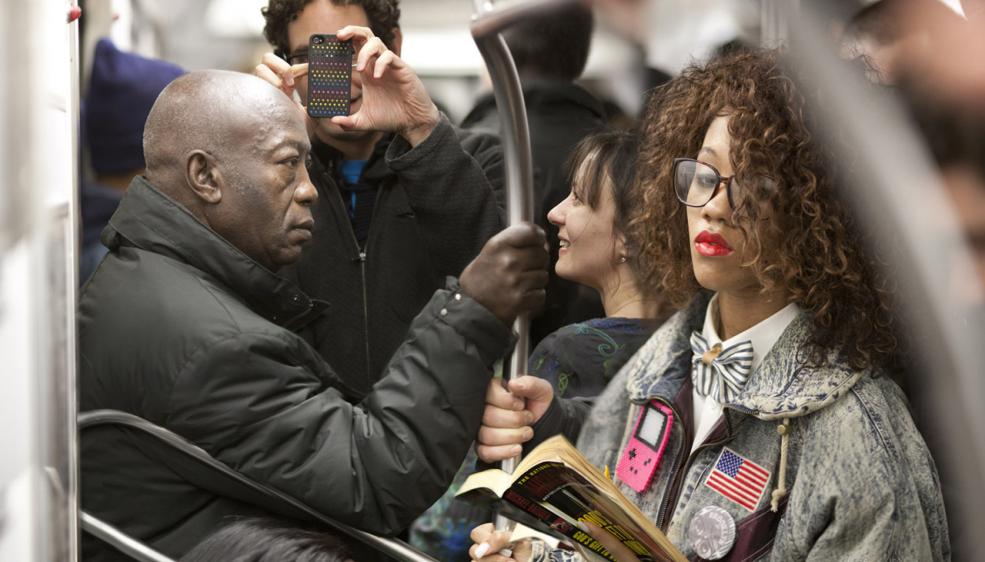 The Julie Saul Gallery is pleased to announce their first solo exhibition with Dutch photographer Reinier Gerritsen in conjunction with the new Aperture publication The Last Book. The exhibition opens on Saturday, December 13 (3-6 PM, including book signing) and is on view until February 7.

In addition to that, the Aperture Foundation, in collaboration with the Department of Photography at Parsons The New School for Design, is pleased to present Reinier Gerritsen and designer René Put in conversation, followed by a book signing, on Tuesday, December 9, 6:30 pm.

In the spirit of documentary and street photography Gerritsen creates portraits of society that act as a survey of contemporary urban culture. Like the nineteenth-century flâneur, he positions himself in public spaces and documents his observations of the masses with his camera. Gerritsen’s intriguing unposed “group portraits” call attention to both the notion of individuality and society as a whole. In his most recent publication designed by Put, The Last Book (Aperture, 2014), his focus is narrowed to commuters who read on New York City’s subways with specific attention to the decline of the printed book. For almost a decade Gerritsen has been working in the New York City subways. Here he explores the act of reading as it occurs in public spaces the cramped and jostled environment of a subway car. According to Gerritsen’s observations, he predicts he will photograph the last book on the subway by the spring of 2016.

Reinier Gerritsen (born in Amsterdam, 1950) has been photographing figures in the public sphere for over twenty years. In 1992, he was awarded the prestigious Rijksmuseum assignment with Luuk Kramer, which resulted in a book and exhibition at Rijksmuseum, Amsterdam. Beginning in 2005, he traveled to twenty-five countries to create the ambitious documentary project The Europeans. His previous monographs include Blinde verrassing (1993), the award-winning Matti (2002), and Wall Street Stop (2010). He is represented by Julie Saul Gallery, New York.

René Put is an Amsterdam-based designer and cofounder of the design bureau PutGootink. He works on a wide variety of projects, designing books, catalogues, stamps, and campaigns, as well as the design and installation of exhibitions. He is also a professor of graphic design at the Gerrit Rietveld Academie, Amsterdam. Put has won numerous design prizes and honors, from organizations and awards including the Art Directors Club Nederland, Best Dutch Book Design, the Theaterafficheprijs (Theater Poster Prize), and Red Dot Awards. In 2009, he was awarded a Dutch Design Award for his design of Braille stamps to mark the two hundredth birthday of Louis Braille. In 2011 he was awarded the silver medal in the Best Book Design from All Over the World competition. The Last Book marks Put’s third book collaboration with Reinier Gerritsen; he previously designed Matti (2002) and Wall Street Stop (2010).