On March 3rd Stefan Al's new book,'The Strip: Las Vegas and the Architecture of the American Dream' will be released

On March 3rd Stefan Al‘s new book,’The Strip: Las Vegas and the Architecture of the American Dream’ (MIT Press) will be released. Order it here.

The Las Vegas Strip cast itself as the Wild West, with saloon doors and wagon wheels, and decked itself out in midcentury modern sleekness; it installed twenty-story high neon signs, then junked them. Then came Disney-like theme parks featuring castles and pirates, followed by replicas of Venetian canals, New York skyscrapers, and the Eiffel Tower. More recently, the Strip decided to get classy, with casinos designed by famous architects and zillion-dollar collections of art.

In The Strip, Stefan Al examines the many transformations of the Las Vegas Strip, arguing that they mirror America itself. The Strip is not, as popularly supposed, a display of architectural freaks but representative of architectural trends and a record of social, cultural, and economic change.

Al tells two, parallel, stories. He describes the feverish competition of Las Vegas developers to build the snazziest, most tourist-grabbing casinos and resorts–with a cast of characters including the mobster Bugsy Siegel, the eccentric billionaire Howard Hughes, and the would-be political kingmaker Sheldon Adelson. And he views the Strip in a larger social context, showing that it not only reflected trends but also magnified them and sometimes even initiated them. Generously illustrated with stunning color images throughout, The Strip traces the many metamorphoses of a city that offers a vivid projection of the American dream. MIT Press is promoting it as one of their three lead titles for next year.

The book was mentioned in Wall Street Journal‘s ‘Best Books to Read This Spring’! Read it here. 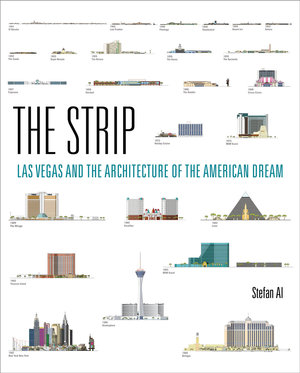 Stefan Al is an architect, urban designer, scholar, educator, and author, currently serving as Associate Professor of Urban Design at the University of Pennsylvania. He is a leading expert on urbanization in developing countries, high-density cities, and cities of spectacle and entertainment.

In his research, Professor Al aims to understand today’s new key urban forms, how they came to be, the ways in which they shape lives and affect resources, and implications for policy and design. He is acclaimed for his work on Asian urbanism with published books investigating China’s unique informal settlements and Hong Kong’s compact urban form, including Factory Towns of South China, Villages in the City, Mall City, and Macau and the Casino Complex. He has made significant contributions to understanding the role of branding in cities, highlighted in his most recent sole-authored book on Las Vegas: The Strip. His latest research is focused on adapting cities to climate change and connecting people with places through transit-oriented development.