Studio Drift at the Armory Show

From March 2 until March 5, Pace Gallery presents work by Studio Drift at the Armory Show

From March 2 until March 5, Pace Gallery presents the solo presentation ‘Drifter’ by Studio Drift at the Armory Show. This new site-specific installation is part of the FuturePace program. Measuring 5 x 2.5 x 2.5 meters, ‘Drifter’ represents the primary element by which our modern world is constructed: a cube. According to the artists, “Drifter creates a sense of disbelief and displacement, creating tension between humanity versus nature, and chaos versus order. Disconnected from our expectations, it floats between the possible and impossible.” In addition, Studio Drift has partnered with Artsy and Microsoft HoloLens to create an immersive mixed reality experience at The Armory Show. Studio Drift artists Lonneke Gordijn and Ralph Nauta will also participate in an Artist Talk at The Armory Show Theater on Saturday, March 4, 4 PM. 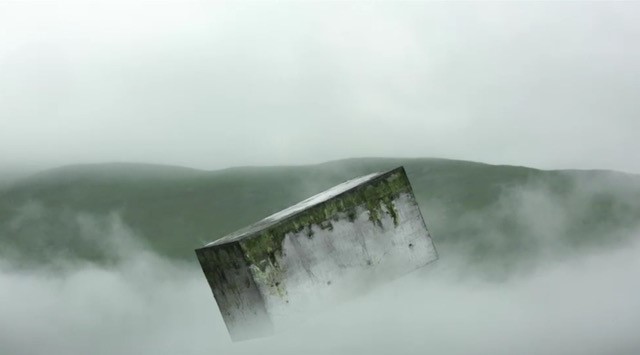 The artist collective Studio Drift was established in 2006 by Ralph Nauta and Lonneke Gordijn, who attended the Design Academy Eindhoven together. Their work explores the relationship between nature, technology and mankind through a process involving collaborations with scientists, university departments, research facilities, programmers and engineers. Studio Drift draws their inspiration from nature as a starting point, both in a formal and a philosophical way, while the creative process is fueled by innovative techniques that can be seen in site-specific indoor and outdoor installations and interactive sculptures. Studio Drift’s installations react directly to human behavior, but question it at the same time. While their visual language is characterized by dreamy and poetic aesthetics, the concept behind the work is often based on an unexpectedly critical engagement. Their work has been exhibited at The Israel Museum, Jerusalem, Museum of Art and Design, New York, Museum Boijmans van Beuningen, Rotterdam, 2015’s edition of the Venice Biennale, and the Victoria & Albert Museum, London. Their work is also included in the permanent collections of the Rijksmuseum, Amsterdam, San Francisco Museum of Modern Art, Stedelijk Museum, Amsterdam, and the Victoria & Albert Museum.