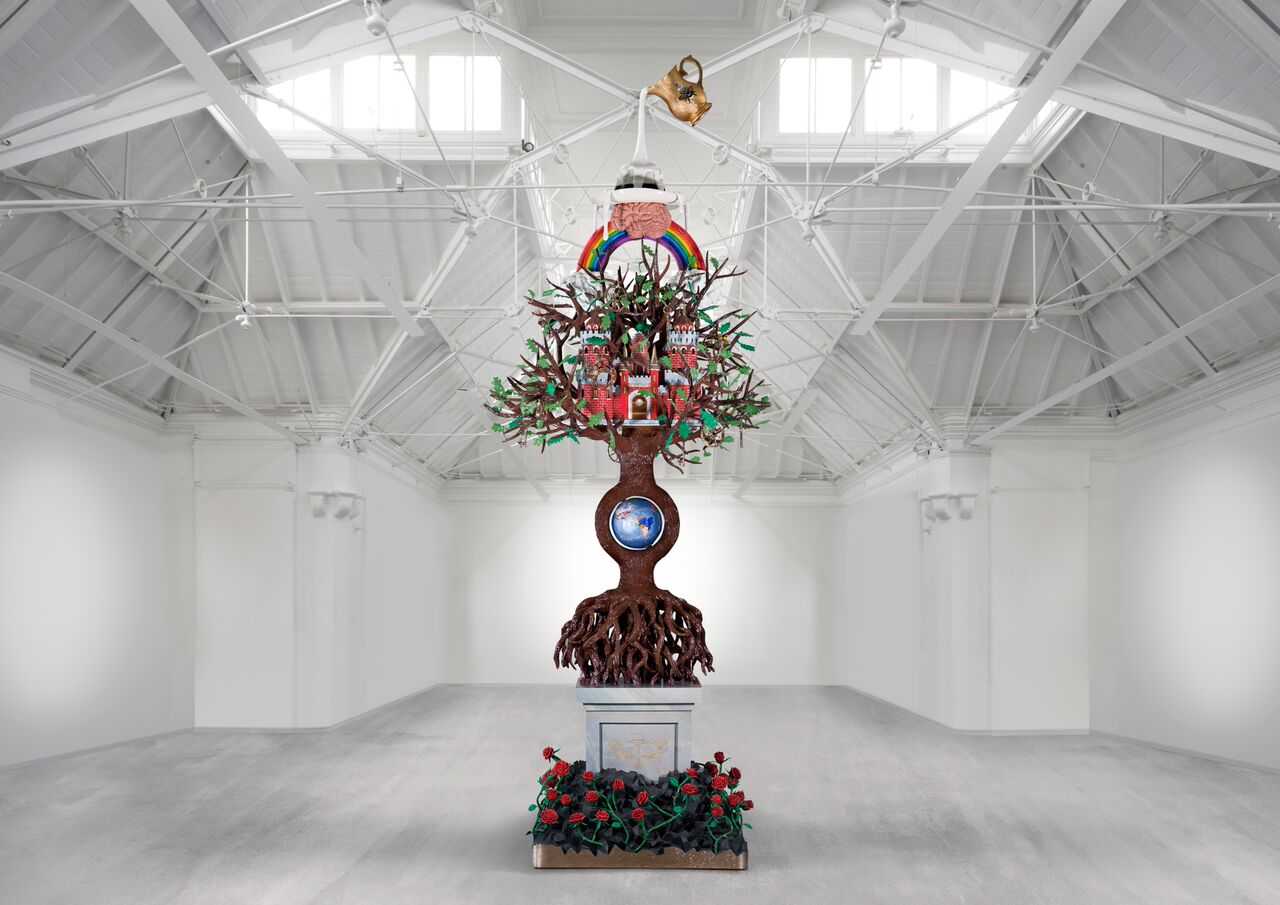 Design duo Studio Job creates a new sculpture, commissioned by Faena Group partners, to be revealed in Miami in conjunction with the opening of Faena Forum, a ground-breaking multi-purpose cultural venue designed by Rem Koohaas of OMA. The sculpture, entitled ‘Tree of Life’, will be permanently installed at the brand new Faena Forum located in Miami Beach. The new sculpture is the latest work in an ongoing collaboration between Faena Group partners and Studio Job, whose 2015 project Futopia Faena by Studio Job, converted Faena Art Center Buenos Aires into an immersive cathedral of light and color. The new installation features hand-painted and gilded sculptures which are rich in ornamentation and designed to capture the essence of Faena’s mission of fostering cross-cultural exchange. This large sculpture is an important centerpiece in the lifelong practice of extreme craftsmanship of Studio Job. By paying homage to one of Europe’s greatest goldsmiths at that time, Johann Melchior Dinglinger, It honors the bizarre renaissance days of the 17th century when the elector of Saxony, known as August the Strong ruled.

The monumental and detailed work is inspired by a varied array of memories and fragments of the imagination. Cast following artistic production processes, the installation is made of bronze and aluminium, rare marble, crystals and mosaic. The grinding, welding, polishing, gilding, silvering, hand painting and assembly of this work were all technically engineered by Studio Job ateliers to be resistant to the weather conditions of Florida’s coastline. The Tree of Life is an ancient mythological and philosophical symbol alluding to the interconnectivity between the earth and the universe. The 26-ft sculpture represents a European oak tree tap dancing on the tips of its roots on a massive marble plinth. Its trunk holds a crystal cladded globe, endlessly spinning while wild roses slowly advance. At the top of the sculpture, Vermeer’s hand pours fresh milk over a cowboy’s hat that covers a massive brain and a polychrome rainbow. The Tree of Life is permanently situated in front of the new Faena Forum designed by Rem Koolhaas.

Studio Job also designed several graphics for the Faena Forum: a mix of iconographic Faena Miami and Faena Art with the theme ‘Futopia’ will be on view as a mural on the outside of Faena Forum. 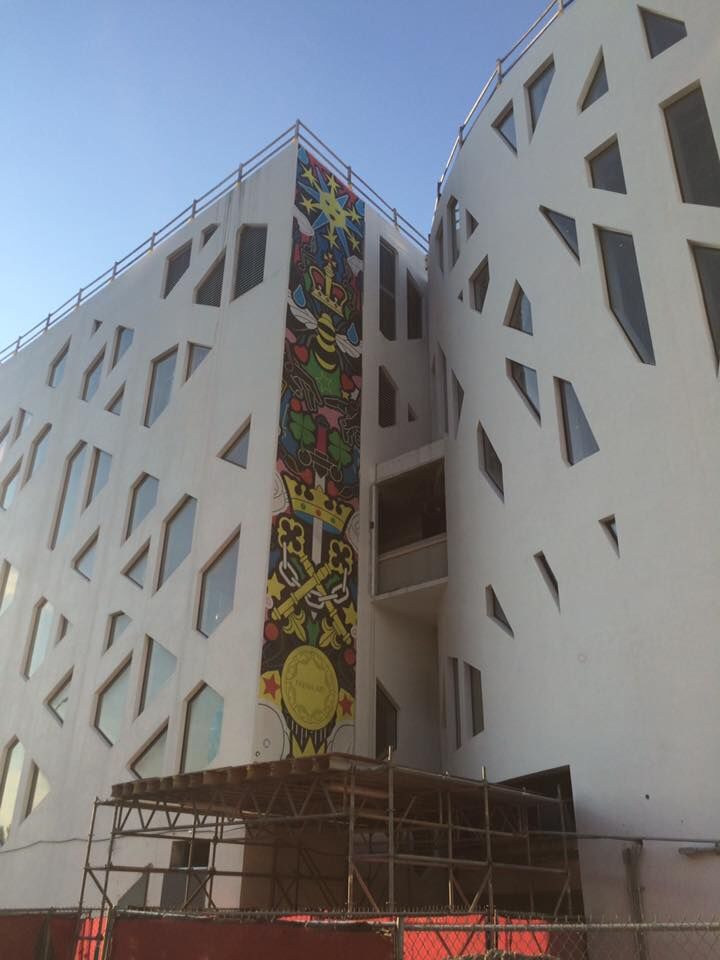 Led by designers Job Smeets and Nynke Tynagel, the Antwerp and Amsterdam-based design and art atelier is known for their fantastical creations which balance the line of art and design. Works by Studio Job have been exhibited internationally at museums such as the Victoria & Albert Museum, the Rijksmuseum, the MAD Museum, the Museum of Modern Art, the Montreal Museum of Fine Arts and the Cooper Hewitt, Smithsonian Design Museum.