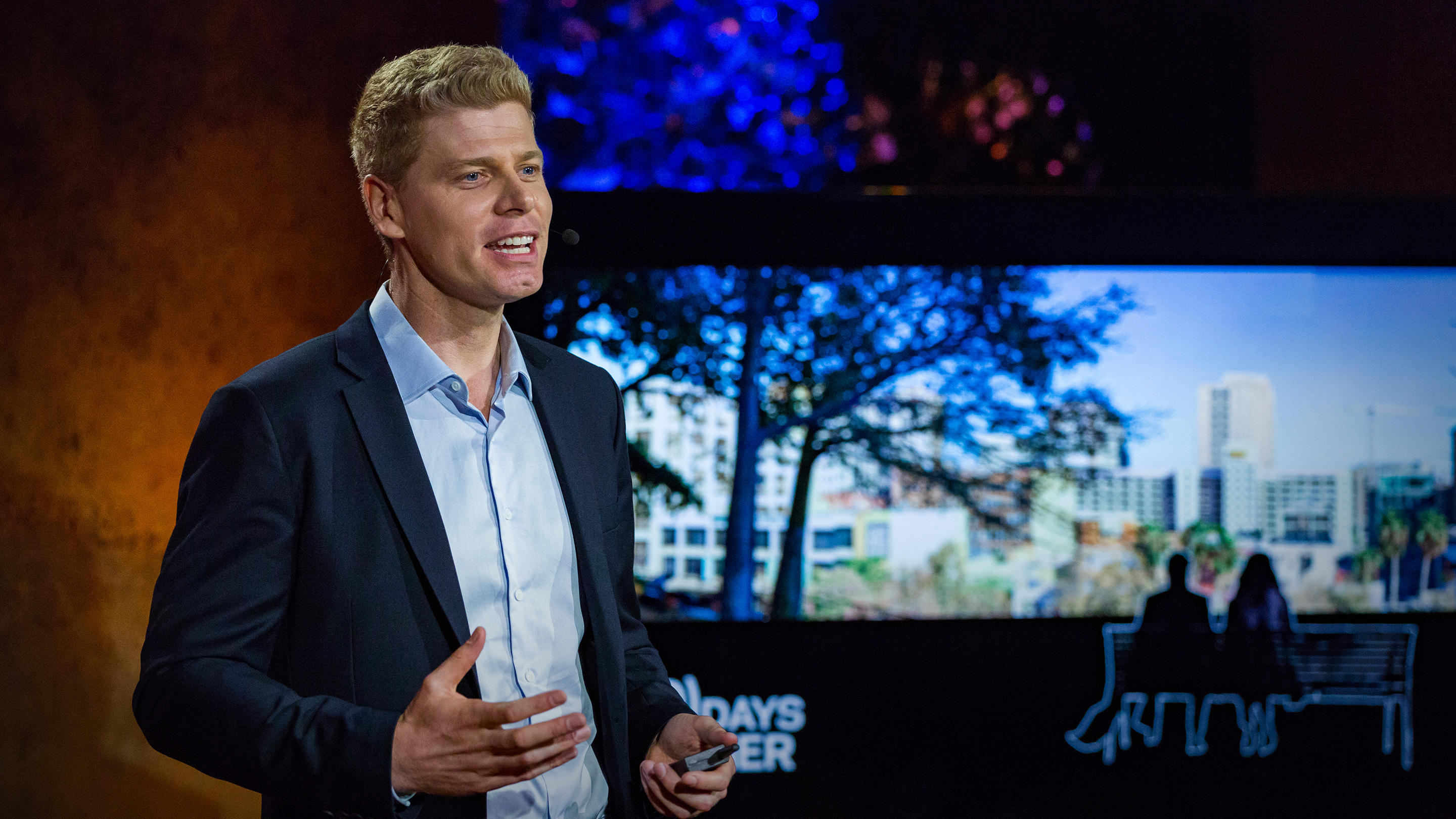 Recently, TED published two videos with architect and urban designer Stefan Al. In 2018, he joined the TED residency program, an in-house incubator for breakthrough ideas. As a designer he contributes to a number of mixed-use and transit-oriented developments, master plans, and high-rise towers across the world. In this TED Talk, he discusses the possibility of a mile-high skyscraper, a building five times as high as the Eiffel Tower, an idea proposed by architect Frank Lloyd Wright in 1956. While this massive tower was never built, today bigger and bigger buildings are going up around the world. How did these impossible ideas turn into architectural opportunities? Stefan Al explains how these megastructures became fixtures of our city skylines.

In his second video, he addresses the future of parking spaces. The age of the self-driving car is here but what happens to all of the parking lots? Stefan Al suggests how these newly available spaces might be reimagined and how people can play a role in it.

Stefan Al is an architect, urban designer, urban planner, scholar, educator, and author, currently serving as Associate Professor of Urban Design at the University of Pennsylvania. In his research, Professor Al aims to understand pressing issues in architecture and urban design, such as urbanization in developing countries, new forms of consumerism, compact city form, and adapting cities to climate change.

His recent sole-authored book The Strip: Las Vegas and the Architecture of the American Dream (The MIT Press) investigates the city’s experiments with architecture and branding. He is acclaimed for his work on Asian urbanism with published books investigating China’s informal settlements and Hong Kong’s compact urban form, including Factory Towns of South China, Villages in the City, Mall City, and Macau and the Casino Complex. He co-authored the book Beyond Mobility, making the case to connect people with places through transit-oriented development. His latest research is focused on designing compact and more resilient cities, most notably in his forthcoming book Adapting Cities to Sea Level Rise. Besides his academic publications, his work has been featured in influential media outlets including The Guardian, The Wall Street Journal, NPR, Marketplace, and Dezeen.

Al’s career as a practicing architect includes work on renowned projects such as the 2,000-feet high Canton Tower in Guangzhou, the preservation of world heritage in Latin America at the World Heritage Center of UNESCO, and an 11,000-acre new eco-friendly city in India. He has also served as an advisor to the Hong Kong government, consulting on the development of the city’s harbor and external lighting guidelines, the Chinese government, advising on new urban design guidelines, and the United Nations High-Level Political Forum on Sustainable Development.