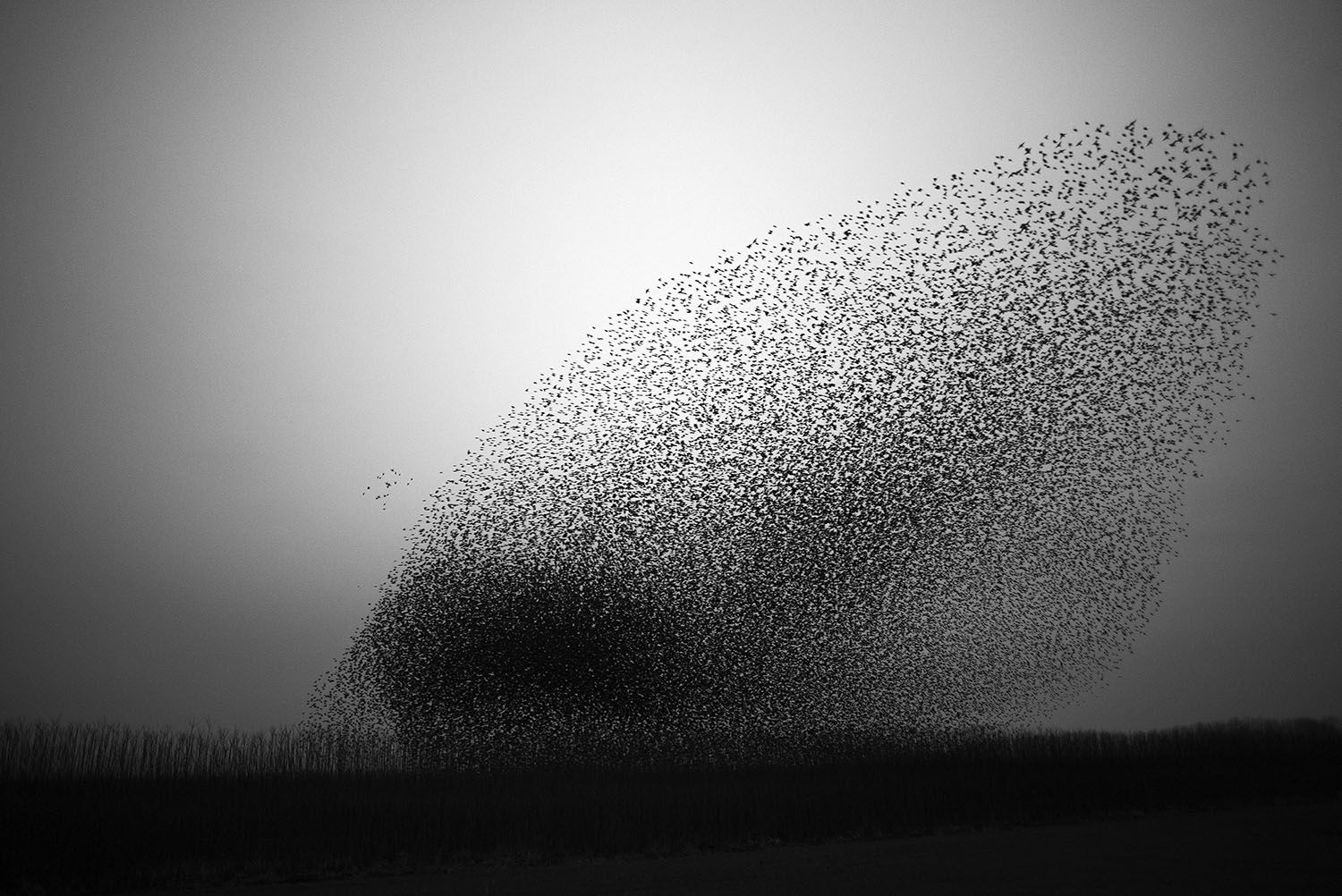 On July 29, the Dutch documentary short "The Art of Flying" will be screened at the opening night of Rural Route Film Festival at Brooklyn Grange Rooftop Farm.

On July 29, the Dutch documentary short “The Art of Flying” will be screened at the opening night of Rural Route Film Festival at Brooklyn Grange Rooftop Farm. Sit inbetween organically grown vegetables, and be close, yet farway from the city with innovative cinema that steps away from urban bustles!

This year’s festival is centered around stories of “brave youth and their animal friends.”  The line-up includes a mix of new movies and all-time classics, plus top notch shorts from around the globe.

“The Art of Flying” is about “murmurations”: the mysterious flights of the Common Starling. It is still unknown how the thousands of birds are able to fly in such dense swarms without colliding. Every night the starlings gather at dusk to perform their stunning air show. Because of the relatively warm winter of 2014/2015, the starlings stayed in the Netherlands instead of migrating southwards. This gave filmmaker Jan van IJken the opportunity to film one of the most spectacular and amazing natural phenomena on earth.

Following the opening night, the core festival will take place at the Museum of the Moving Image in Astoria, NY. Additionally, “The Art of Flying” is selected to be a part of the Rural Route Tour Program, which consists of the year’s nine best short films. From September until June 2017, the program travels to microcinemas, universities and community spaces across the US, and also to certain stops abroad.

The Brooklyn Grange event includes a ukulele performance by local guru,  Sakai, plus a mix of narrative, animated, documentary and experimental shorts from Maine, the Netherlands, Tennessee, the Georgian/Armenian border, Iowa, Iceland and beyond – w/several filmmakers in attendance!  There will be food and beer specials afterwards courtesy of COFFEED and SingleCut.

More information about the event, and the other short films you find here.

Jan van IJken  was born in Amersfoort, the Netherlands, in 1965. He is a self-taught documentary photographer and filmmaker, specializing in personal photo- and filmprojects. Van IJken published 3 photo books: “A touch of Divinity” (2001), “New Neighbours” (2004) and “Dierbaar/Precious Animals” (2005). His photos were published in numerous international exhibitions, magazines and newspapers. In the last few years, van IJken produced 3 short films: “Facing Animals” (2012, 30 min HD Video) about the complex and  often bizarre relationship between man and animal and “Nevermore” (2013, 4 min HD Video) about the fast and instinctive creative process of action painting. His last film “The Art of Flying” (2015, 7 min HD Video) about the stunning and mysterious flights of the Common Starling, has been screened at film festivals all over the world more thas

Since 2002, the Rural Route Film Festival has been centered in New York City, where both founders (originally from Iowa) met working in the film industry. The festival was created to highlight works that deal with unique people and places outside of the bustle of the city. Taking in a Rural Route program is like choosing the road less travelled, and learning something new about our constantly amazing world. Whether it be a fictional backpacking drama set in the Peruvian Andes, a personal/experimental work about life in a Kazakh village, or a documentary about an organic, Appalachian turnip farm, our mission is to screen work about rare people and cultures normally overlooked by the mainstream media.