The art and objects from The Frick will make up “A Country House in New York: Highlights From the Frick Collection” at the Mauritshuis

Today the New York Times reports that The Frick Collection will lend works to her ‘Sister’ the Mauritshuis in The Hague.

The Frick Collection in The Hague

The Frick only lends works of art acquired after the death of its founder Henry Clay Frick. A Country House in New York: Highlights from The Frick Collection will include significant works of art by such renowned artists as Cimabue, Van Eyck, Memling, Liotard, Reynolds and Gainsborough. John Constable’s spectacular The White Horse, a key work in the oeuvre of the artist, and his spontaneous studies of clouds are highlights of the exhibition. French Classical painter Jean-Auguste-Dominique Ingres is represented with a masterpiece that has become an icon of The Frick Collection: the enchanting portrait of the Comtesse d’Haussonville. There are few or no works by artists such as Ingres, Cimabue, Van Eyck and Liotard on display in Dutch museum collections, making these loans of significant interest for the Dutch public.

The Mauritshuis is currently closed for the renovation and expansion of the museum. During the renovation, the museum’s collection has been relocated to several locations: many of the works can be seen in The Hague at the Gemeentemuseum Den Haag, other groups of works are on display somewhat further from home at museums in the Netherlands and Belgium, and a selection of top works is on an international tour to Japan, the United States and Italy from 2012—2014. The renovated Mauritshuis will open its doors on 27 June 2014. The permanent collection will once again be on display in the fully renovated, yet familiar intimate environment. The new entrance on the forecourt will take visitors into a modern underground foyer that connects the Mauritshuis with Plein 26, the building adjacent to the museum.

Name: A Country House in New York – Highlights from the Frick Collection
Date: 5 February through 10 May 2015

The exhibition A Country House in New York – Highlights from the Frick Collection is made possible by the support of the main benefactor Ammodo Foundation. 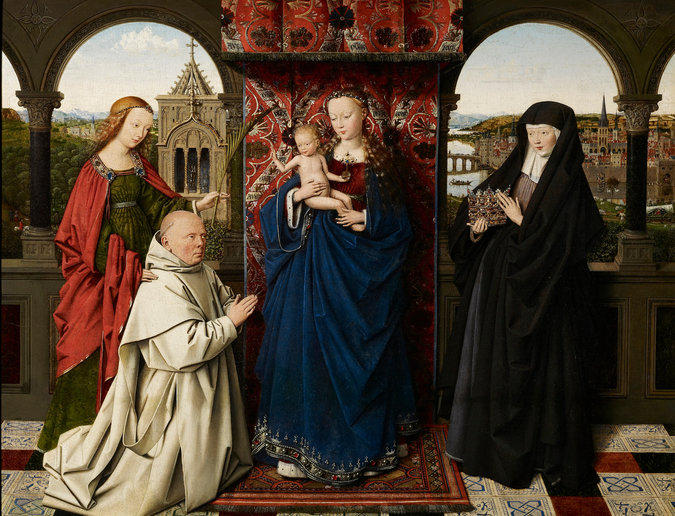