“The Island of All Together” at Paradigm Shifts

May 1 to 5, Paradigm Shifts Music and Film Festival features "The Island of All Together"

On May 5th at 7:00pm, Paradigm Shifts Music and Film Festival features “The Island of All Together“. Moreover, on May 1st, Dutch mezzo-soprano Wilma Wever will perform songs based on texts by Anne Frank. You can purchase your tickets to the festival here.

The Island of All Together

Every summer many European tourists travel to the Greek island Lesbos for a sunny holiday. This year thousands of refugees crossed the sea from Turkey and arrived on the island as well, looking for a safe haven in the European Union.

Filmmakers Philip Brink and Marieke van der Velden invited tourists and refugees to talk one another about life while sitting on a little bench overlooking the sea. The result is a short documentary of 23 minutes with conversations of war, fleeing, home, work, love, but also cars and pets. It’s an ode to humanism and shows what happens when we take time to sit down and talk with each other instead of about each other.

Celebrating true stories of courageous people from around the world who are preserving and protecting our planet and its indigenous cultures.

Dedicated to increasing awareness of the connection between the environment and social justice, women’s wisdom and indigenous knowledge, Paradigm Shifts Music and Film Festival pairs compelling independent films with artists performing a variety of music and dance, from jazz and gospel, to classical, folk, African, Tibetan, Native American, and new opera and chamber music. 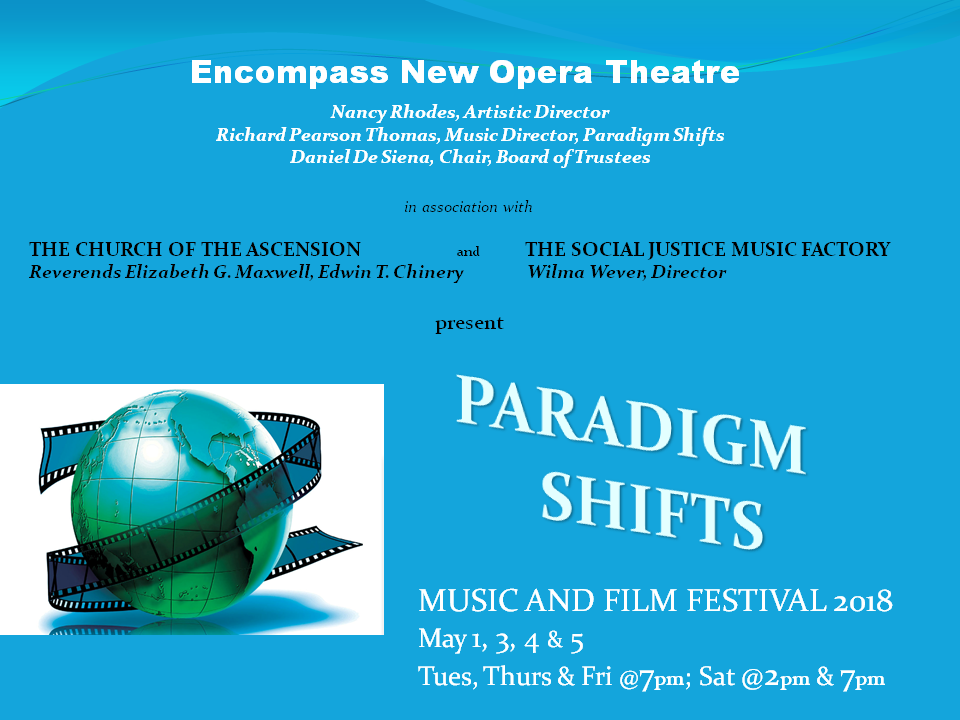