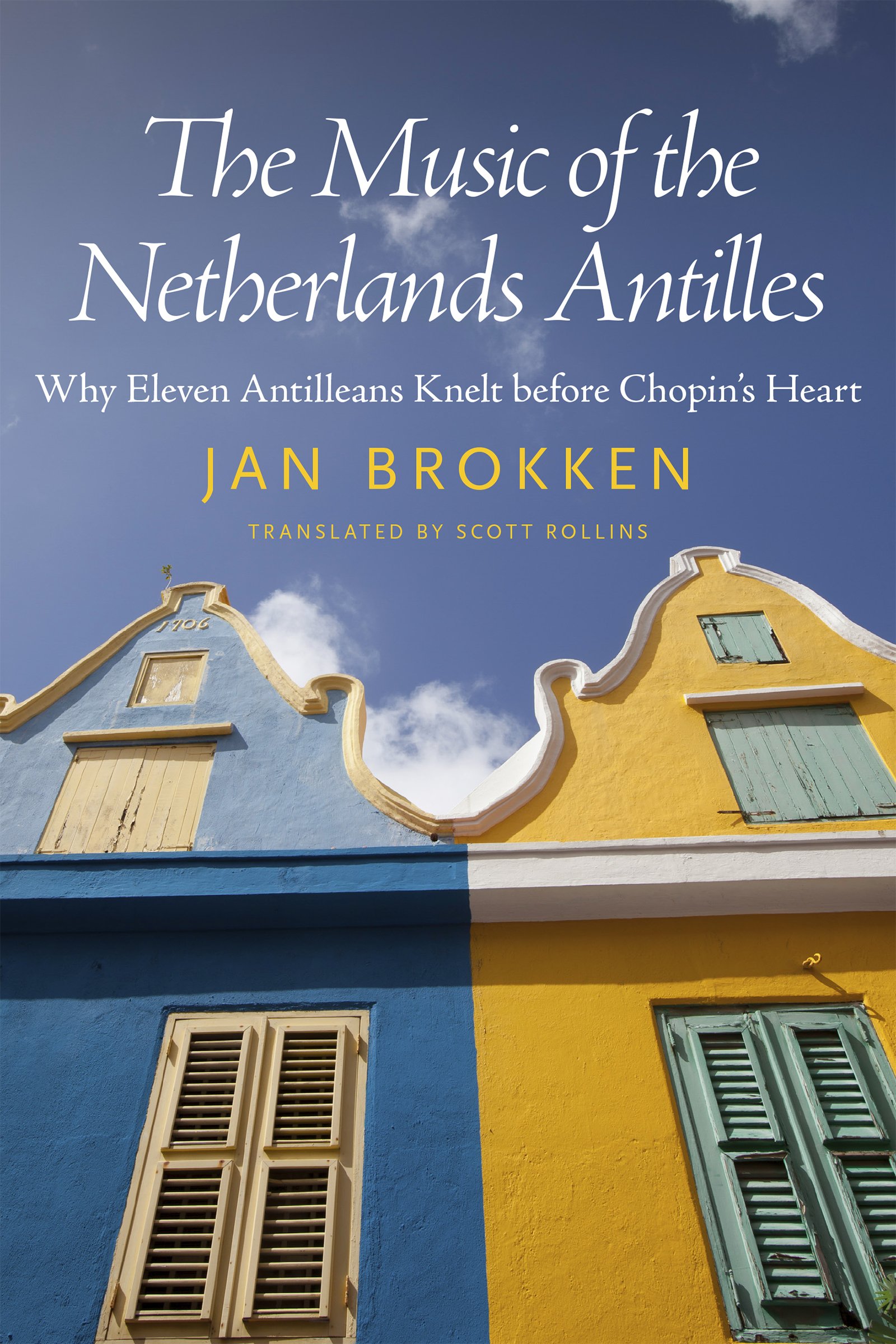 The Music of the Netherlands Antilles by Jan Brokken has been released in English by University Press of Mississippi.

The Music of the Netherlands Antilles by Jan Brokken has been released in the US by the University Press of Mississippi.

In October 1999, eleven Antilleans attended the service held to commemorate the 150th anniversary of Frédéric Chopin’s death. This service, held in the Warsaw church where the composer’s heart is kept in an urn, was an opportunity for these Antilleans to express their debt of gratitude to Chopin, whose influence is central to Antillean music history. Press coverage of this event caused Dutch novelist and author Jan Brokken to start writing this book, based on notes he took while living on Curaçao from 1993 to 2002.

On Curaçao, the history and legacy of slavery shaped culture and music, affecting all the New World. Brokken’s portraits of prominent Dutch Antillean composers are interspersed with cultural and music history. He puts the Dutch Caribbean’s contributions into a broader context by also examining the nineteenth-century works by pianist Louis Moreau Gottschalk from New Orleans and Manuel Saumell from Cuba. Brokken explores the African component of Dutch Antillean music–examining the history of the rhythm and music known as tambù as well as American jazz pianist Chick Corea’s fascination with the tumba rhythm from Curaçao. The book ends with a discussion of how recent Dutch Caribbean adaptations of European dance forms have shifted from a classical approach to contemporary forms of Latin jazz. (176 pages).

Jan Brokken, Amsterdam, The Netherlands, was a journalist for several major Dutch papers. He is the author of the critically acclaimed and bestselling novels The Blind Passengers, The Sad Champion, Jungle Rudy, In The Poets House, and Baltic Souls. His works have been translated into several languages. Scott Rollins, Amsterdam, The Netherlands, has been a cultural entrepreneur in music, literature, and film for more than forty years. He has published three volumes of his own poetry, and his translations of Dutch and Flemish poetry have appeared in the Boston Review, Callaloo, and Five Fingers Review, among others.