‘The Resurrection of a Bastard’ released on VOD 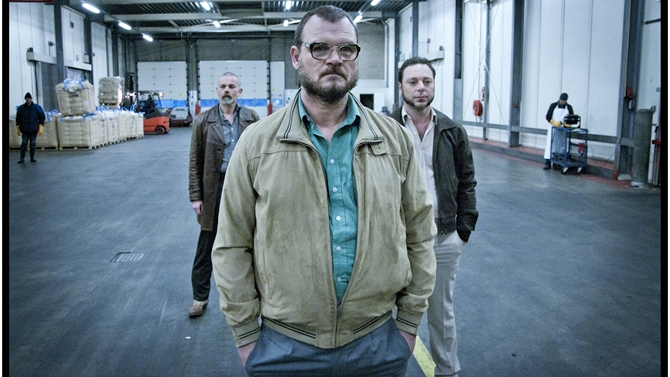 The critically acclaimed Dutch film ‘The Resurrection of a Bastard’ (De Wederopstanding van een Klootzak), has been released on VOD by Syndicado and is now available on Vimeo and iTunes. The film, directed by Guido van Driel, has been screened at many festivals such as the Hamburg Film Fest, the Austin Film Festival, the Austin Fantastic Fest and the Rotterdam Film Fest.

Ronnie is a bastard. And not just any bastard. Ronnie is an exceptional bastard. The hardest of the hard men, a gleefully heartless collector of debts and dispenser of violence whose world comes crashing down around him when a taste of his own violence splashes back upon himself. The near-death experience leaves Ronnie questioning the meaning and value of his life up until that point. But not so much that he doesn’t want revenge on the person who left him near-dead.

A richly complex, beautifully executed character piece adapted from his own graphic novel by first time writer-director Guido van Driel, The Resurrection Of A Bastard showcases a sly sense of gallows humor, attention to detail, and an easy way with characters that puts many better established, more widely known filmmakers to shame. Like last year’s Fantastic Fest award-winning Plan C, The Resurrection Of A Bastard fleshes out its truly remarkable writing with such fabulous performances and an understatedly slick sense of style that it leaves you wondering what exactly is going on in Holland to produce such unique, strong voices. Fans of the Coen Brothers and recent Scandinavian fare such as A Somewhat Gentle Man should take note: You’re about to discover a new favorite.

Multi-talented artist Guido van Driel is a filmmaker, a painter and a writer/designer of graphic novels. In 2000, Van Driel made his début as a filmmaker with the documentary U ARE SPEAKING WITH FRANK LAUFER. The film GREEN IS STILL THE NICEST COLOR FOR GRASS, produced by IDTV Film for broadcaster VPRO, was written and directed by Van Driel and nominated for a Golden Calf award at the Netherlands Film Festival in 2007. This film established his name as a filmmaker with a very original signature.