Tommy Wieringa Releases New Book 'These are the Names'

On November 8, Tommy Wieringa’s new book ‘These are the Names’ will be released. The novel was originally published in the Netherlands (Dit zijn de Namen) in 2012, winning the Libris Literatuurprijs  in 2013. The Dutch author, who garnered international praise with two novels full of vital energy: ‘Joe Speedboat’ and ‘Caesarion’, employs a raw and sober tone in his new novel. The atmosphere is reminiscent of Coetzee’s ‘Waiting for the Barbarians’, Cormac McCarthy’s ‘The Road’, or Isaak Babel’s short stories. We follow two parallel storylines: that of the solitary policeman, and that of the refugees on their hopeless quest through a barren and desolate landscape. The group of refugees is given neither names nor faces. They are taken over a border under false pretenses, and told to go west until they reach a city. An internal conflict begins within the group, which flares up as the city fails to appear and their wanderings take longer and longer. Finally, the company arrives in the fictional city of Michailopol. The group of refugees look frail and emaciated, which makes the inhabitants think that they rose from their graves.

Later, the dead body of a rabbi is found in the city. Pontus Beg, the police detective working in Michailopol, investigates the case, leading him to another rabbi, who initiates him into the laws and history of Judaism. It is clear he will have to abandon some of his cynicism and gradually his loneliness subsides as he comes to realize that he belongs to a people who have been running for their whole lives, the Jews. ‘We’re a braided rope, separate threads which together make a cord. It’s how we are connected. What binds us is what we are.’ The story of the police commissioner investigating the murder of the rabbi ends up merging with that of the refugees. Their story resonates with the book of Exodus: hunger and despair, mystical codes and the power of believing that a higher force will lead them to the promised land.

Tommy Wieringa (born 1967) is the author of ‘Alles over Tristan’ (Everything About Tristan, 2002) and the book that propelled his breakthrough to a wide audience, ‘Joe Speedboat’ (2005). His travel stories were collected in ‘Ik was nooit in Isfahaan’ (I Never Went to Isfahan, 2006). In 2007, ‘De Dynamica van Begeerte’ (The Dynamics of Desire) was published, a study into the origins of desire and the major role of pornography in the modern world. Tommy Wieringa’s works have been translated all over the world, into languages such as Hebrew, Korean, French, German, and English. 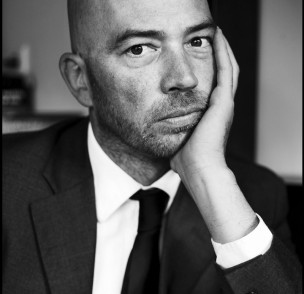