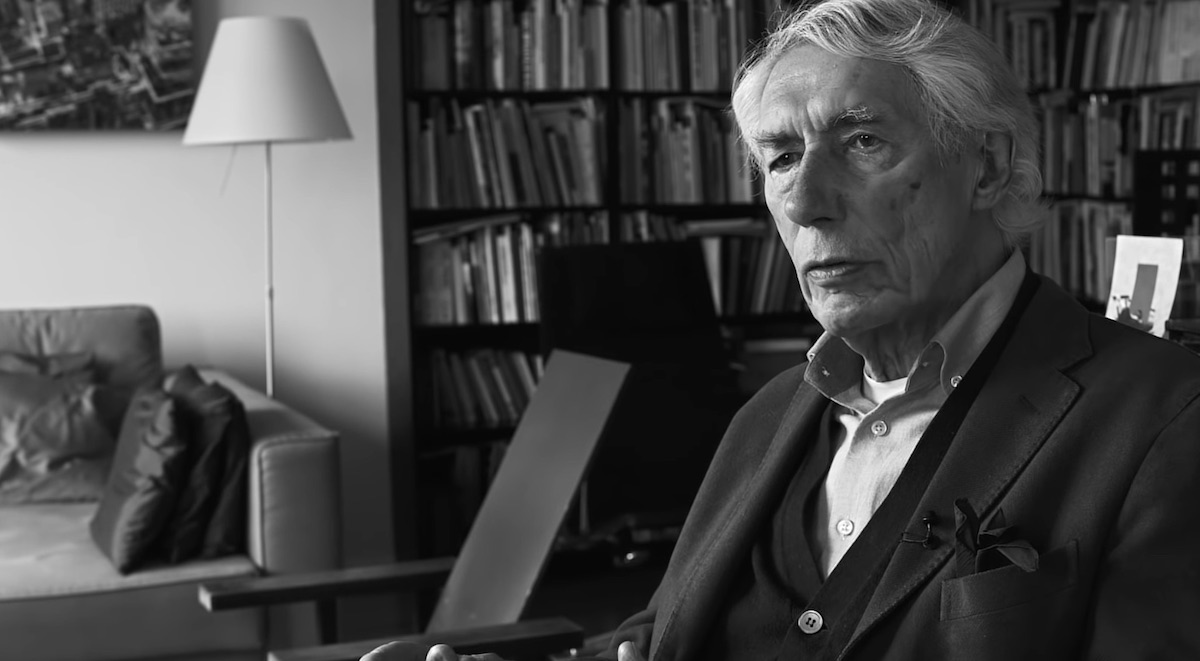 Since 1967, the Type Directors Club has presented its Medal to the most influential and inspiring practitioners and thinkers in typography. Crouwel joins a prestigious group of past recipients that includes Hermann Zapf, Paul Rand, Herb Lubalin, Matthew Carter, Paula Scher, Louise Fili, Gerard Unger, and Fiona Ross.

Wim Crouwel, born in 1928 in The Netherlands, is a leading authority on typography whose work and ideas have shaped design and visual culture in The Netherlands and abroad for decades. In 1955, he opened an office with Kho Liang Ie and worked in the fields of exhibition, graphic, and product design. He later co-founded Total Design, a multi-disciplinary design firm that served many prestigious clients, such as the Dutch Post Office (PTT) and Schiphol Airport. During the 1960s, his work was widely published in international design magazines, and he helped design the Dutch pavilion at EXPO ’70, the 1970 World’s Fair in Osaka, Japan.

Some of Crouwel’s most renowned commissions have been for museums, including the Van Abbemuseum in Eindhoven, for which he designed catalogs, invitations, and posters until 1964. He succeeded the renowned Willem Sandberg as designer at the Stedelijk Museum in Amsterdam, where he based the Stedelijk’s visual identity on a unique modular grid system and designed almost all of the museum’s posters and catalogs from 1963 to 1985.

Throughout his career, Crouwel has been interested in functionality, simplicity, and clarity in design that adapts to new technological processes. In 1964, he wrote that “‘good-looking’ typography” did not interest him, only typography that “puts communication on paper in such a way that a message gets across plainly and clearly to the reader.” At the time, he dreamed of a simplified alphabet in which upper and lower case might become one, punctuation could be reduced, and type weight and width could be easily adjusted as needed.

Crouwel gained a reputation for basing designs on grids, even when designing typefaces like Gridnik, Fodor, and especially his New Alphabet. New Alphabet (1967) was an experimental typeface designed to work with the limited cathode-ray tube technology used by early computer monitors. This technology rendered images in large pixels that made traditional letterforms difficult to reconstruct, so Crouwel used only straight lines and diagonals in the design. New Alphabet was, in Crouwel’s words, “never meant to be really used,” but a statement on the impact of new technologies on centuries of typographic tradition. In 2011, New Alphabet was acquired for the permanent collection of the Museum of Modern Art, New York, which holds several other projects designed by Crouwel.

Crouwel has been a teacher during most of his career, beginning in the 1950s at the Royal Academy for Art and Design in ’s-Hertogenbosch. In the 1960s, he taught at Technische Hogeschool at Delft and was appointed an associate professor in 1972 and eventually dean of the faculty in 1985. Around the same time, he was appointed director of the Museum Boijmans van Beuningen in Rotterdam, holding this position until his retirement in 1993. From 1987 to 1993 he also taught at the Erasmus University in Rotterdam. He has received numerous awards, including the Piet Zwart Prize and the Anton Stankowski Prize in 1991, and the Gerrit Noordzij Prize in 2009.

Type Directors Club president Paul Carlos announced that type designer Frank E. Blokland will present the TDC Medal to Crouwel in Crouwel’s Amsterdam studio in early July. This informal ceremony will be recorded and shown at TDC’s annual awards presentation in New York City on July 17, 2019 in The Rose Auditorium of The Cooper Union, which will coincide with the opening of the TDC’s 65th exhibition of international typography, also at Cooper Union.