Van Gogh and Mondrian Featured at “A Modern Vision: European Masterworks from the Philips Collection” At Kimbell Art Museum

From May 14 until August 13, Van Gogh and Mondrian will be presented in "A Modern Vision" at the Kimbell Art Museum

From May 14 until August 13, Vincent van Gogh and Piet Mondrian will be presented in the exhibition “A Modern Vision: European Masterworks From the Phillips Collection” in the Renzo Piano Pavilion at the Kimbell Art Museum.

“A Modern Vision” presents a selection of the most iconic European paintings and sculptures from The Phillips Collection, America’s first museum of modern art, which opened in Washington, D.C., in 1921. Ranging from the early 19th century through the mid-20th century, the incomparable collection of “modern art and its sources,” as its founder, Duncan Phillips, characterized it, includes distinctive Impressionist, Post-Impressionist and Expressionist masterworks. Viewers will encounter a stunning array—-paintings from the first half of the 19th century by Courbet, Corot, Daumier, Delacroix and Ingres in dialogue with Impressionist and Post-Impressionist masterpieces by Cézanne, Degas, Gauguin, Van Gogh, Manet, Monet, Redon and Sisley. Central to the exhibition are important works by Bonnard, de Staël, Kandinsky, Matisse, Morandi and Picasso, artists who shaped the look of the 20th century. Many of these works have not traveled together in more than 20 years. A Modern Vision, in the words of Duncan Phillips, gathers “congenial spirits among the artists from different parts of the world and from different periods of time,” demonstrating “that art is a universal language.”

This exhibition is organized by The Phillips Collection, Washington, D.C.

Selected films chronicle the careers of six celebrated masters whose work helped to define the major European art movements of the first half of the twentieth century. Different stories highlight the concerns that shaped their creative output, sweeping social and political changes during the period, and the enduring artistic legacies that influenced subsequent generations on both sides of the Atlantic. This series is offered in conjunction with the special exhibition A Modern Vision: European Masterworks from the Phillips Collection. 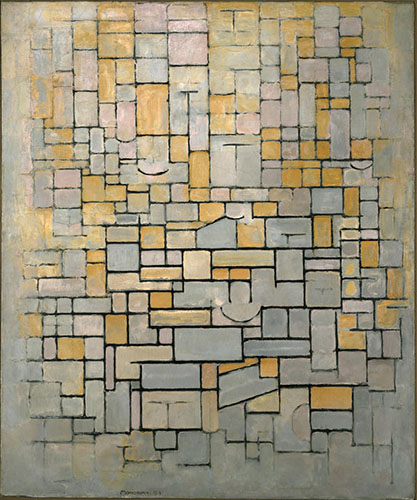