Van Gogh on display at the Butler Institute of American Art 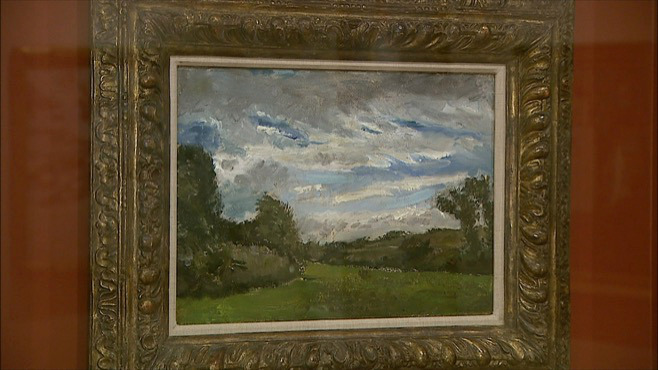 A painting by Vincent van Gogh, “In the Dunes” (In de Duinen), is now on display at the Butler Institute of American Art, the result of “an indefinite loan to the Butler from a private Ohio collection”, the museum announced.

The artwork is an oil on board landscape painted by van Gogh in 1883 in The Hague. Van Gogh is a post-impressionist master, and the painting to be displayed by The Butler “predicts the artist’s later recognizable style of paint application, composition and emotion.,” according to the announcement.

“Here at the Butler, we have a work of art that has not been seen in public for 55 years,” Butler director Dr. Louis Zona said. “It shows a beautiful wind blown landscape and what we also have with it is the letter that he wrote describing his painting to his brother. Although Vincent van Gogh lived more than a century ago, his work continues to inﬂuence the world’s artists’ views of beauty, as well as their style of painting. This is also true of the artists of this nation who, in the 20th century, became enamored of van Gogh’s paintings. It is wonderful to display this landscape here where van Gogh’s inﬂuence can clearly be seen within the Butler’s collection of American masterpieces”.