Van Ruisdael purchased by the Kimbell Art Museum in Texas 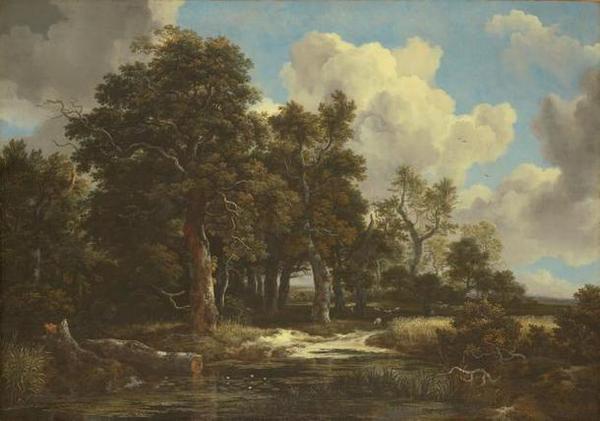 The Kimbell Art Museum has announced the acquisition of "Edge of a Forest with a Grainfield", c. 1656, an exceptional work by one of the greatest landscape painters of all time, Jacob van Ruisdael.

The Kimbell Art Museum has announced the acquisition of “Edge of a Forest with a Grainfield”, c. 1656, an exceptional work by one of the greatest landscape painters of all time, Jacob van Ruisdael. As the leading exponent of the Dutch landscape tradition in the 17th century, Ruisdael was renowned for his love of nature and for his ability to render its glories in paint. The remarkable work, impressively large and in near-perfect condition, is considered by experts to be among the greatest Dutch landscapes in the world. “Edge of a Forest with a Grainfield” will be on view in the Kahn Building in April, 2014.

“Edge of a Forest with a Grainfield epitomizes Ruisdael’s mastery of landscape painting, uniting an unprecedented observation of nature with a sympathetic feeling for the bounteous glory of the Dutch countryside,” commented Eric M. Lee, director of the Kimbell Art Museum. “It is an imposing complement to the Kimbell’s Rough Sea at a Jetty, one of his most important seascapes. Whether depicting the sea or the land, these paintings attest to Ruisdael’s profound love of nature in all its forms.”

Seymour Slive, professor emeritus in the department of fine arts at Harvard University, former director of the Harvard University Art Museums, and the world’s greatest authority on Ruisdael, called the painting “a world-class masterpiece,” describing it as “an unusually large, signed, and almost miraculously well-preserved masterwork by the greatest and most versatile—by far—17th-century Dutch landscapist. A special feature of the painting is the large, mirror-smooth lily pond that virtually extends across its foreground. Comparable [stretches of water] are found in the artist’s forest [paintings] in Berlin and at the Hermitage. The fact that this landscape holds its own when juxtaposed to these stellar achievements by Ruisdael speaks volumes for its superior quality.”

Edge of a Forest with a Grainfield was donated by an alumnus to Oxford University’s Worcester College in 1811. Except for its appearance in exhibitions, including the famous Manchester Art Treasures Exhibition of 1857, the painting remained in the possession of Worcester College until its purchase by the Kimbell Art Foundation through a private treaty sale negotiated by Christie’s, London, represented by Nicholas Hall.

The painting is in remarkably good condition. Before it is put on display at the Kimbell this April, director of conservation Claire Barry will delicately adjust small areas of old restoration. The landscape will be enhanced by an antique Dutch frame, dated to approximately 1730, in the French style, typical of the luxurious but restrained frames placed on paintings by Ruisdael in the century after his death.