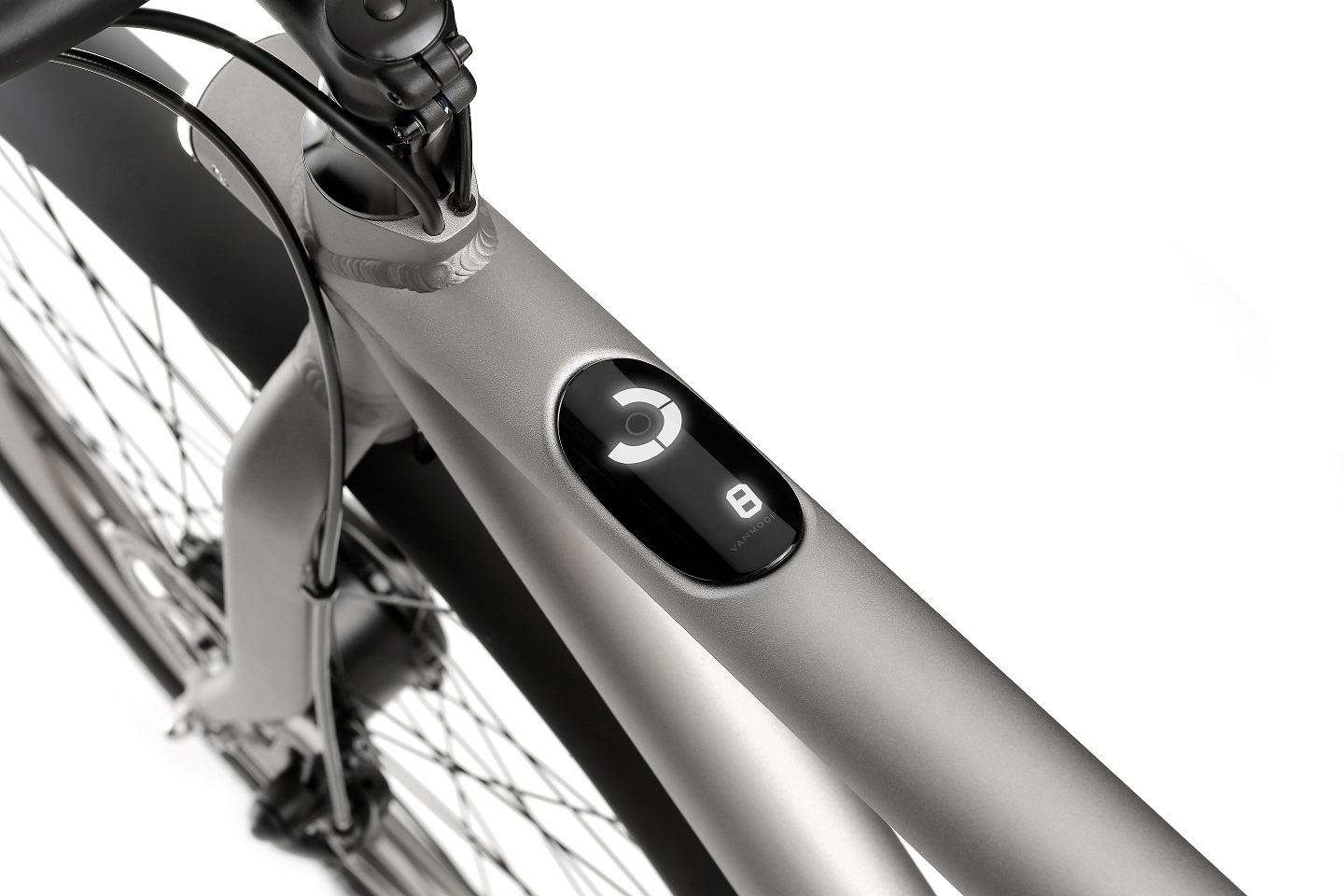 Dutch brothers Taco and Ties Carlier reimagined a bike for the cities of tomorrow.

Many obstacles have hindered widespread adoption of electric bikes, including looking like you’re riding a mobility scooter that sounds like a dirt bike. Now, VanMoof is introducing the Electrified S – an e-bike that neither looks nor sounds like one, and which features unprecedented smartphone connectivity amid growth in the “Internet of Things.” The “S” in Electrified S stands for smart, and the innovative new bike is now available for presale here, with special offers available for the first wave of buyers.

Among the advanced features of the Electrified S:

● Keyless Lock – Place your hand on the bike, and its integrated Bluetooth technology will confirm that you’re the owner and automatically unlock the bike.

● Fully Integrated – The bike’s electronics, battery and battery-powered LED lights are all integrated inside the frame, keeping the bike’s design clean and streamlined.

● Incredibly Lightweight – A small, invisible, nearly-silent motor results in a mere 40-pound bike, making it one of the lightest e-bikes on the market. That’s without sacrificing power: the Electrified S offers a range up to 75 miles and top speed of 20 miles per hour.

The first 1,000 Electrified S bikes are now available for preorder at special, limited-offer prices starting from $1,998. Following the preorders, it will go on sale in June, starting from $2,998, and will be available in the United States through VanMoof’s Brooklyn brandstore and at their website.

In 2009, Dutch brothers Taco and Ties Carlier founded VanMoof with a mission of reimagining how a bike should work in the cities of tomorrow. The company’s innovative city bikes are designed to help riders turn the tables on cities all over the world – they always arrive at their destination faster, fitter, happier and in style. VANMOOF has Brandstores in Amsterdam, Berlin, Brooklyn and Taipei, and sells online all over the world. The functional design won many international awards, such as the EUROBIKE award, RED DOT design award and Fast Company Innovation By Design award. For the latest information on VANMOOF, visit VANMOOF.com and follow us on Twitter, Facebook, Pinterest and Instagram.

“In reinventing the e-bike, we were determined to build a bike that is beautiful inside and out, but with brains to match,” said Ties Carlier, who along with brother Taco is a co-founder of VanMoof. “We’re confident we’ve built the smartest and most connected e-bike on the market, and one that advances VanMoof’s mission of breaking down barriers to commuting, empowering more people to get from point A to point B in cities around the globe.”