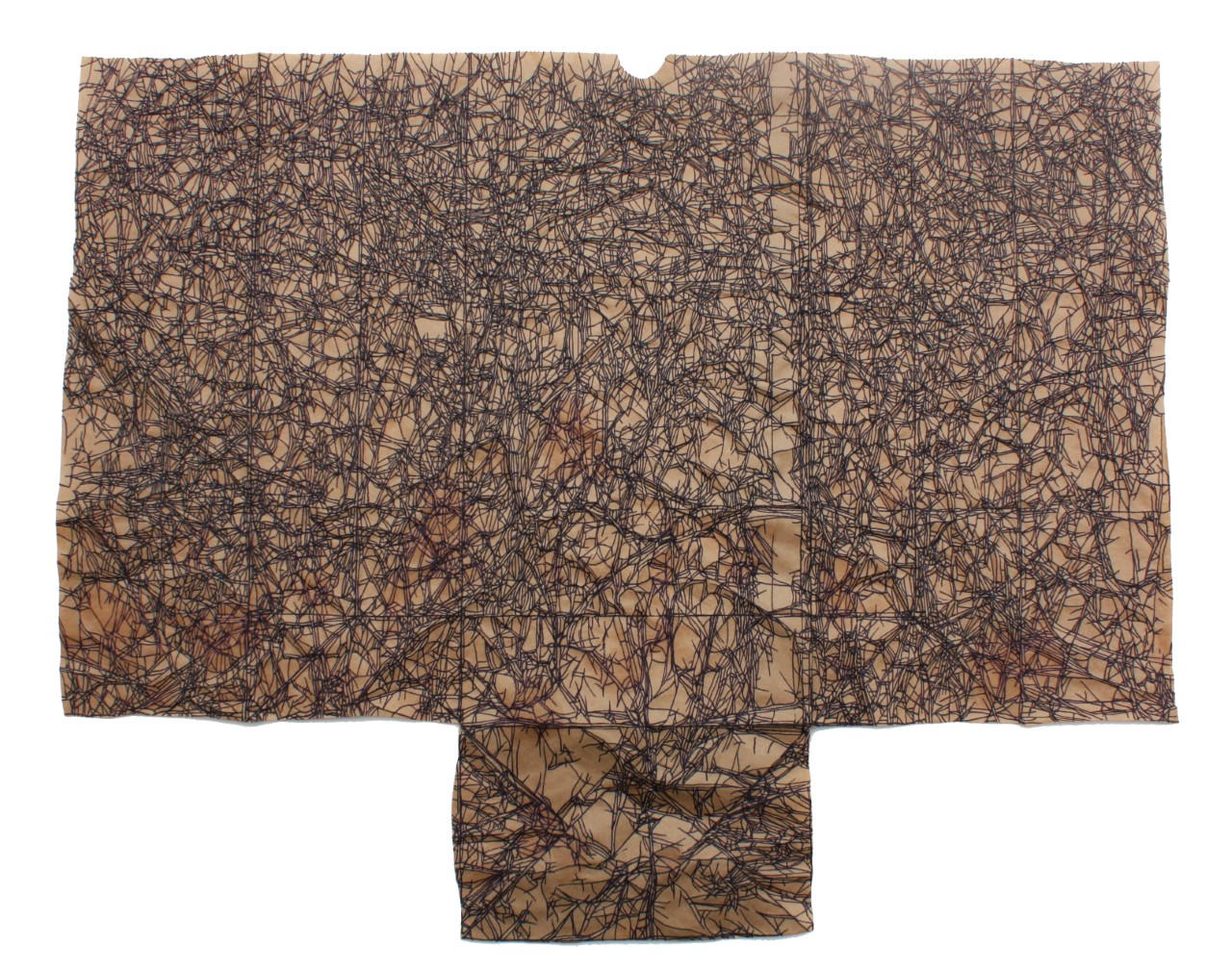 From February 17 until March 17, Wieteke Heldens presents solo exhibition 'Bringing the Content Back'

From February 17 until February 20, Wieteke Heldens presents her solo show ‘Bringing the Content Back’ at Flux Gallery. In this exhibition, she will show her Content drawings in the gallery, while offering a parallel exhibition within the commercial spaces where she collected the material to produce the works: She is bringing the content back. Wieteke Heldens started this series of drawings in 2010. When she moved to NY, she did not have a studio or materials to work with, so she started to collect the brown bags that she received when buying food and drinks at bodegas and restaurants. From there she had enough materials to work with and started to trace the creases of the bag with markers. The first drawings were titled: “I am sorry, No Content. ” After 2013 the title changed to “With Content.” Wieteke’s use of the of the word “content” plays on three definitions of the word, things that are held inside, the subject matter and the satisfaction. In this exhibition, Heldens shows her drawings from the past year, collected from all over the world. There are paper bags from New York, Holland, Italy and South Korea. Besides the gallery presentation, she will bring the content back to where they came from: The Chinese restaurant in the street, the coffee shop, the diner, the pizza store and the local bodega. The drawings will be shown in the commercial locations for one month, until March 17 in various locations around Long Island City, and they will be marked on a map, drawing traces of the artist’s consumption. 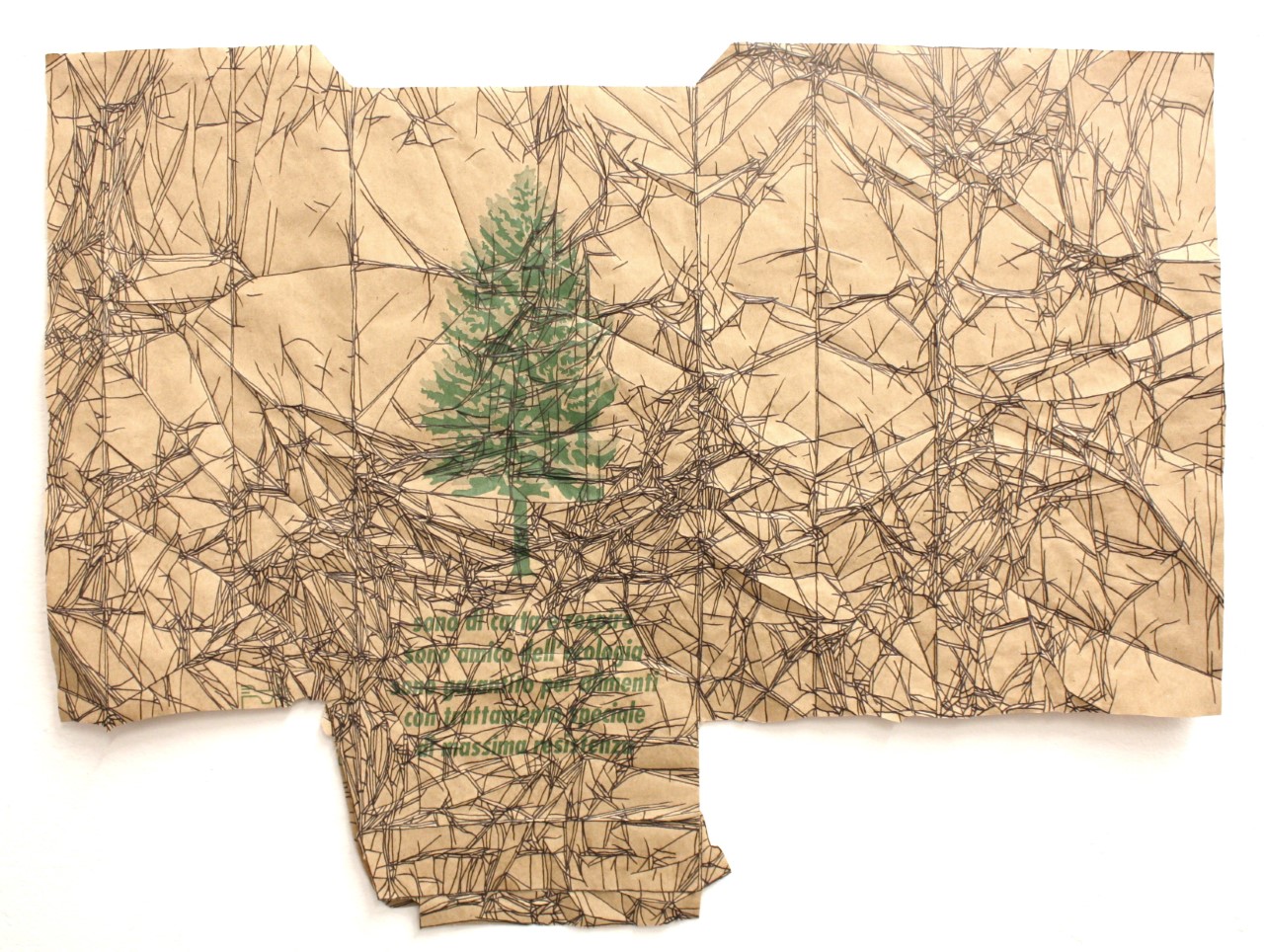 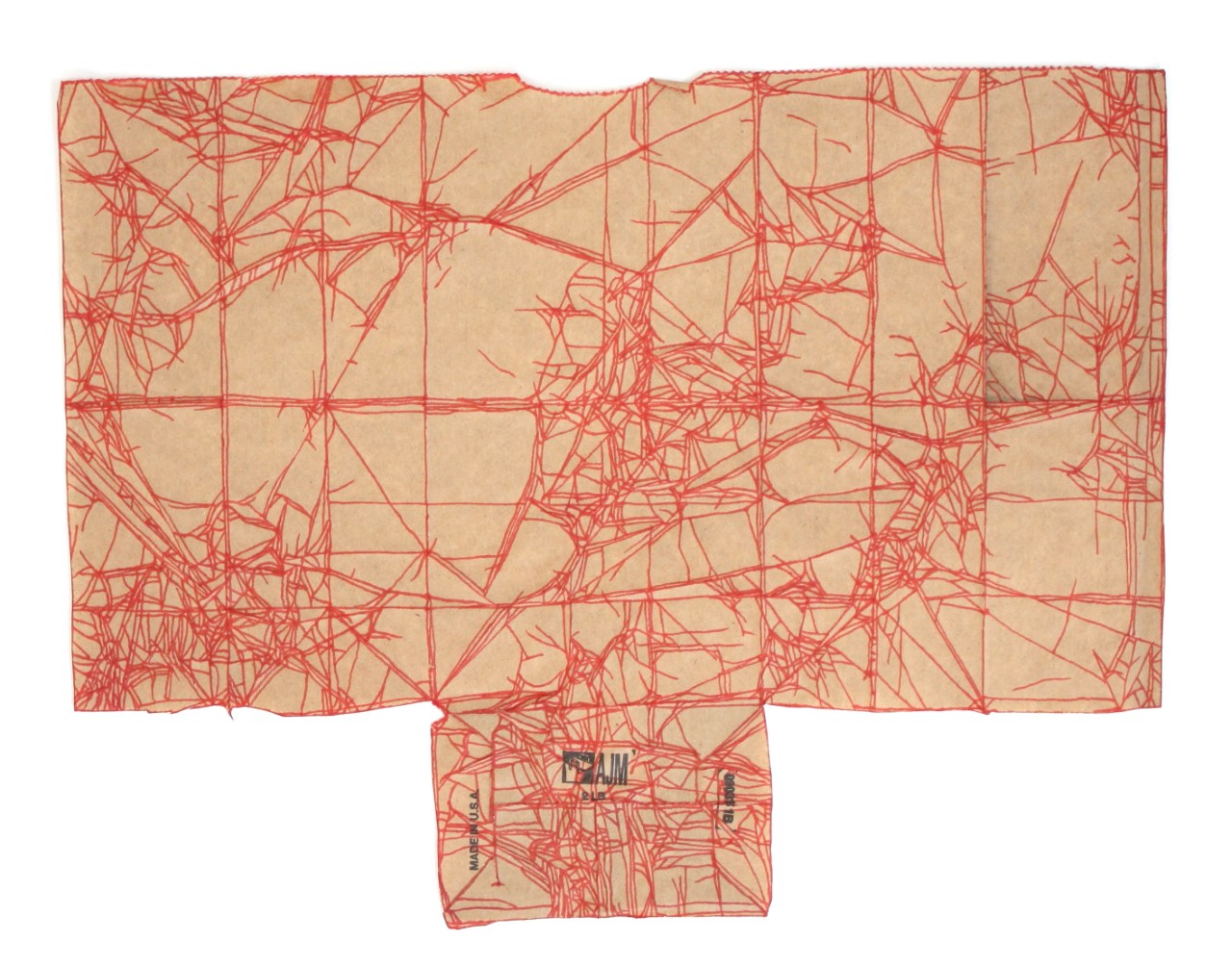 Wieteke Heldens was born in Ottersum, The Netherlands in 1982. Heldens works in the medium of painting. She graduated from the Royal Academy of Fine Arts in The Hague in 2007. She had her first solo-show at Flux Factory in 2011 and exhibited in the The Hague Gemeente museum, Royal Palace in Amsterdam and internationally in Switzerland, France, Germany, Denmark, Belgium, Italy and the US. In 2013, Heldens won the Royal prize for Painting in the Netherlands. She lives and works in New York and in The Hague.