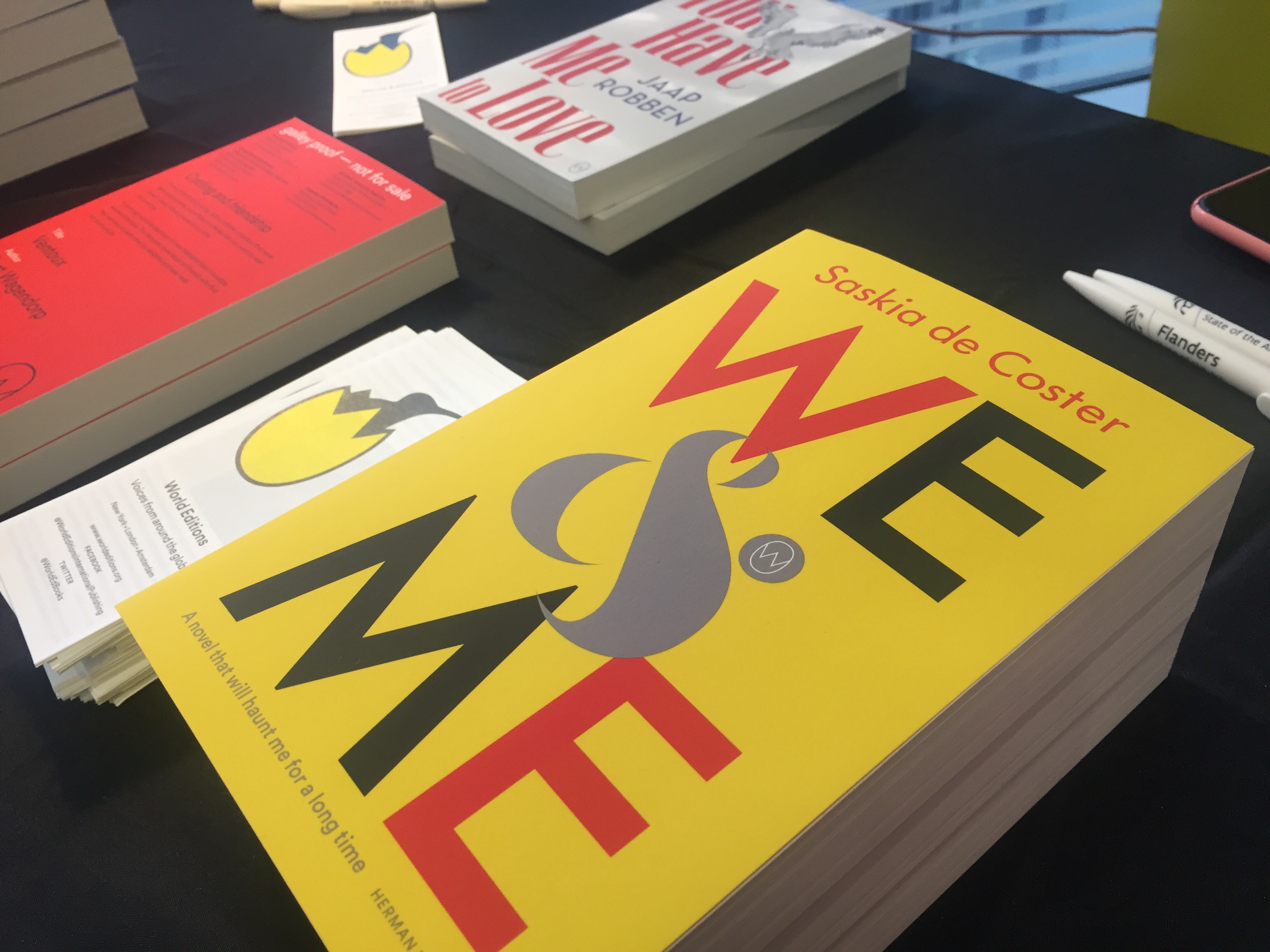 This year, Boekenweek will take place in the Netherlands from March 23rd to March 31st, and then in Belgium from April 1st to April 7th, and World Editions will be celebrating the work of eight of the most important contemporary writers from the Netherlands and Belgium recently released in English translation. Bestselling and prize-winning authors Kristien Hemmerechts, Christine Otten (The Last Poets), Saskia de Coster, and Annelies Verbeke (Thirty Days) will be touring the US during Boekenweek.

In the Netherlands and Belgium, Boekenweek (Book Week) is an annual celebration of literature, happening every Spring since 1932. Events are held across each country during Boekenweek, and include book signings, readings, and panel discussions. Boekenweek is always kicked off with the “book ball,” an event attended by writers and publishers alike. 2019 marks the 84th annual Boekenweek.

Every year, the festival has a different theme, 2019’s theme being The Mother The Woman, and a well-known Dutch or Flemish author is asked to write a novella specifically for Boekenweek that will be given out all festival long. In 2016, World Editions author Esther Gerritsen wrote the Boekenweek gift of which 600,000 copies were handed out. Gerritsen’s novel Craving, about a dying mother and her strained relationship with her daughter, is a perfect fit for this year’s theme. 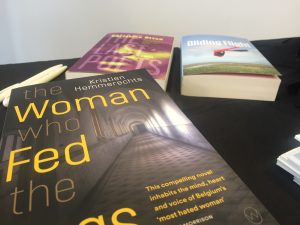 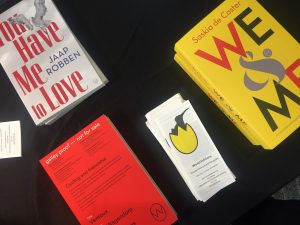 Sunday, March 24, 1 pm | Annelies Verbeke and Kristien Hemmerechts at the Virginia Festival of the Book

Saturday March 23 | The Woman Who Fed the Dogs by  Kristien Hemmerechts on criminalelement.com

Sunday March 24 | We & Me by Saskia de Coster on booknbrunch.com

Tuesday, March 26 | You Have Me to Love by Jaap Robben, The Woman Who Fed the Dogs by  Kristien Hemmerechts on apaperarrow.com

Thursday, March 28 | Craving  by Esther Gerritsen , You Have Me to Love by Jaap Robben, We & Me by Saskia de Coster on dolcebellezza.net

Friday, March 29 | We & Me by Saskia de Coster on thebadasswriter.com

Saturday, March 30 | Thirty Days by Annelies Verbeke, We & Me by Saskia de Coster on abookishaffair.blogspot.com

Sunday, March 31 | Thirty Days by Annelies Verbeke, You Have Me to Love by Jaap Robben on awriterstake.wordpress.com

Monday, April 1 | You Have Me to Love by Jaap Robben on babybookworms.blogspot.com

On Thursday, March 28th, literature enthusiasts and authors from the Netherlands & Flanders came together to celebrate Boekenweek 2019 at Flanders House.  Flemish authors Kristien Hemmerechts, Saskia de Coster, and Annelies Verbeke read from their translated novels and signed copies of The Woman Who Fed the Dogs, We & Me and Thirty Days.

Hemmerechts wrote a novel called  De vrouw die de honden eten gaf about the ‘most-hated’ woman in Belgium, Michelle Martin. The author chose to read a passage describing Martin’s troubled relationship with her mother, who blamed her daughter for her husband’s unfortunate death. While the subject of The Woman Who Fed The Dogs might not be well-known in the US, Hemmerechts explained how merely writing about Martin raised a lot of criticism towards the author. She stated she probably received more hate for writing about a kidnapper’s wife/accomplice than she would have had if she had written about Marc Dutroux.

De Coster based Wij & Ik ( We & Me) on her surroundings while growing up in Belgium. She admitted after the reading that she always thought of herself as different and separate from her family, but has lately come to realize we are all products of our families and surroundings. She caught herself saying a phrase her mother would always say, which triggered this epiphany.

Verbeke’s novel 30 Dagen ( 30 Days) centres on the main character Alphonse. As a painter, he frequents peoples houses and his customers cannot help but confess the strangest stories to him. Verbeke read a passage where a couple complains about their neighbors, who claim their cat was poisoned and murdered by them.  Absurdness and (dark) humor are some of the biggest selling points of Dutch-language literature to the US and Verbeke does not lack in these departments.