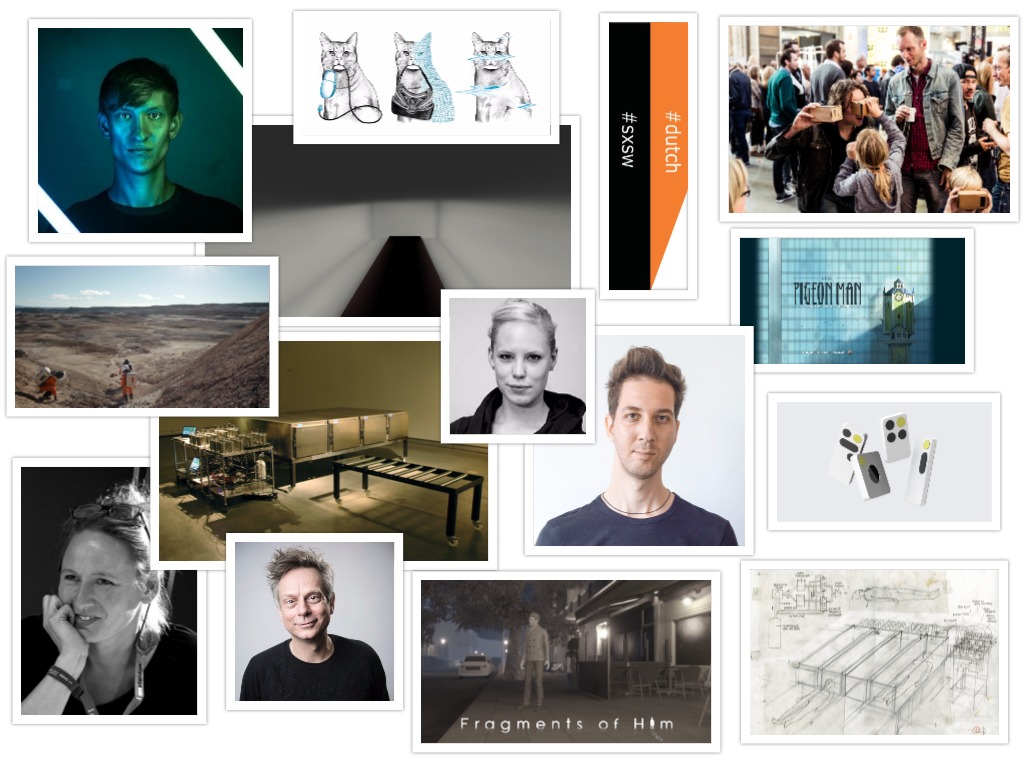 Creative Industries Fund NL is supporting 14 Dutch creatives at South by Southwest 2016 in Austin, Texas, where they will be showcasing their projects, products and ideas.

Creative Industries Fund NL is presenting 14 Dutch creatives at South by Southwest 2016 in Austin, Texas, where they will be showcasing their projects, products and ideas.

South by Southwest (SXSW) is one of the world’s leading festivals in the realms of technology, film and music. From a game that combats fear and depression to an interactive documentary that was devised specially for smartphones: the selection demonstrates the riches of the Dutch creative industries in the fields of technological innovation, games, design, virtual reality, film and transmedia storytelling. The 14 selected creatives are presenting new work, facilitating workshops, giving lectures, or taking part in panel discussions during the festival.

Creative Industries Fund NL’s Hugo van de Poel explains the selection: ‘Something striking within the Dutch scene is that the potential of ground­breaking techniques is being combined with relevant socialand societal themes, such as the experimental “Fragments of Him” interactive story about coping with bereavement by Sassybot Studio.’ Another recurring theme within the selection is the use of scent in relation to storytelling. Designer Marcel van Brakel will be leading a workshop about this in Austin, and media developer Frederik Duerinck is taking part in a panel session about this theme during the festival.

(Click at each heading for that event’s SXSW page.) 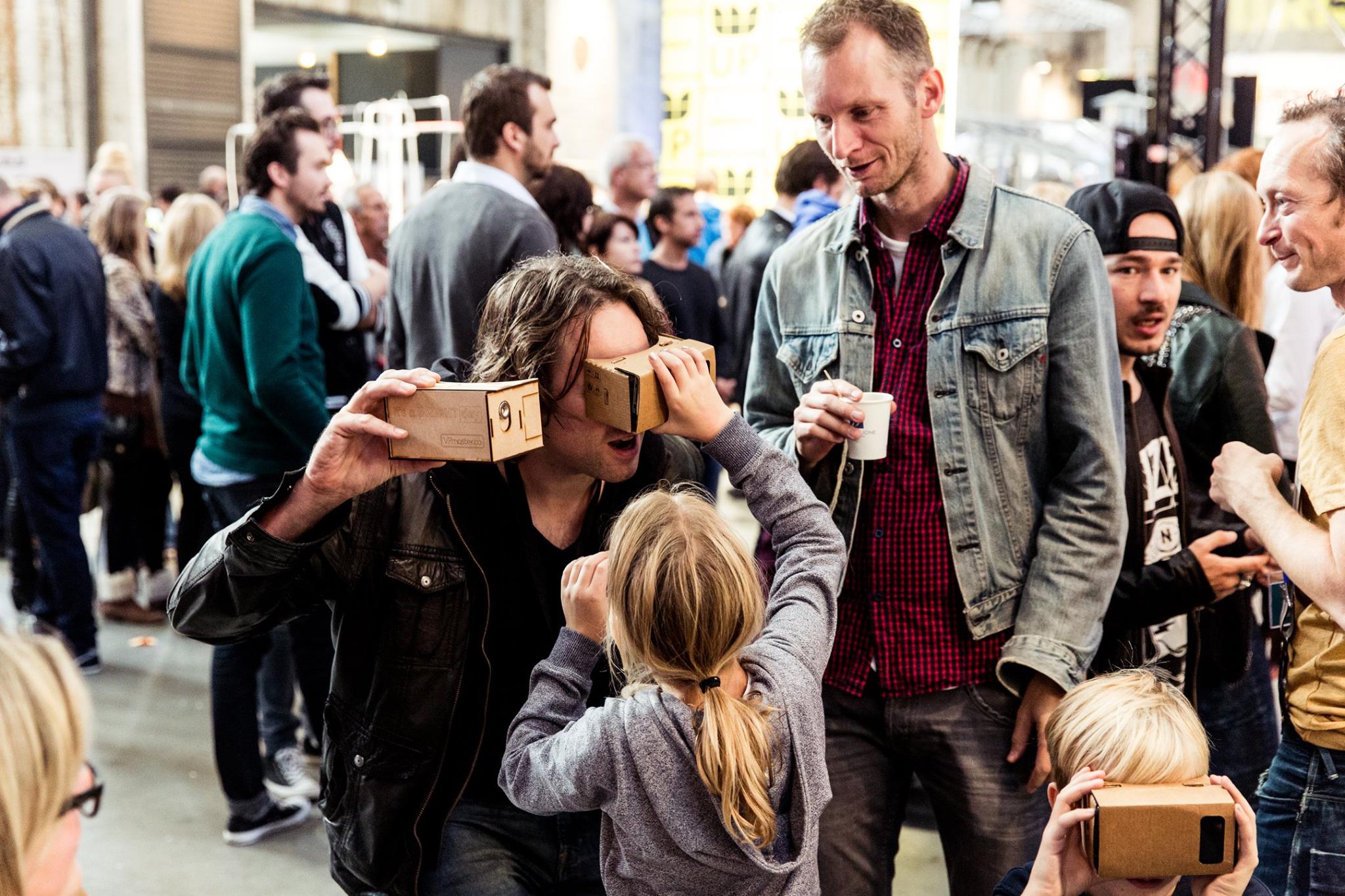 VRmaster is a Dutch VR startup founded by Detlef La Grand, Mark de Ruiter and Freddy Snijder in May 2015. They will present at SXSW Accelerator and pitch about VRapp.co, a web-based platform for sharing and experiencing virtual reality. Using VRapp, VRmaster aims to make virtual reality easy and affordable, so anyone can go anywhere, anytime. VRmaster will also host a booth on VRapp at the VR/AR Experience, a new exhibition featuring a selection of the best new virtual and augmented reality technologies. 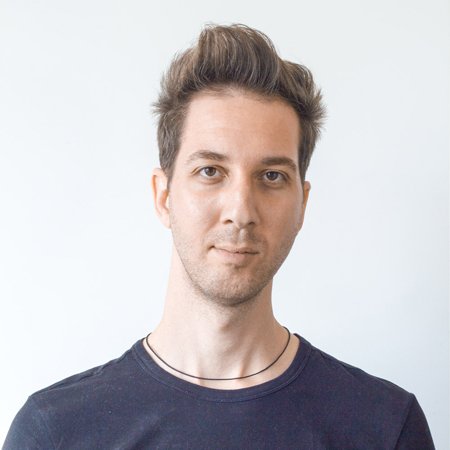 Whitestone is a social marketplace for artists and true music fans, founded by Roey Tsemah, Wouter Dirks and Marko Kruijer. They will present and pitch Whitestone as the first web-based platform for interactive music experiences at SXSW Accelerator. Their team consists of a group of artists, designers and programmers with a vision to bring album art to the internet, using the platform to create special interactive editions of albums and videos. 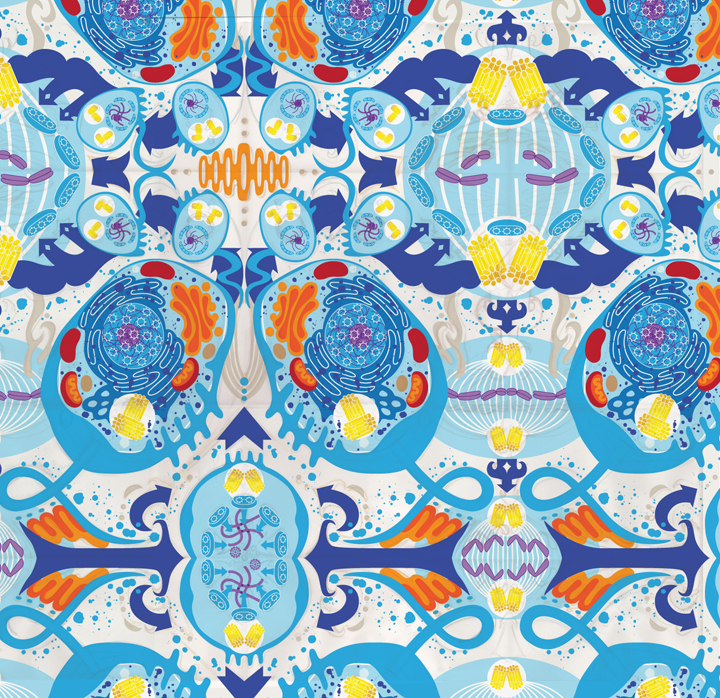 Advances in biotech offer a wealth of possibility for innovation. Medicines, greener production modes, de-extinction are part of the emerging narrative, but so is concern. Without ”robust embedding” in society, technology falls short. The blossoming worlds of DIYBio and synthetic biology lessen the gap between those practicing in biotech & the non-PhD wielding public. Designers, engineers, & entrepreneurs are engaging in non-traditional collaborations with scientists, policy makers, and industry to construct an inclusive future. Biohacking is at the forefront of citizen science, expanding access by reducing costs. Wieke Betten is a social science and bioethics PhD researcher and lecturer at the Athena Institute at the VU University of Amsterdam, and part of a ‘Collaborative Biohacking’ panel session about the future and influence of biohacking in relation to biotechnology.

OWOW is a start-up from Eindhoven that makes products which contribute to new ways of making music. At the Trade Show, SXSW’s main fair, OWOW presents the ‘Midis’ project, a new kind of MIDI controller that facilitates making music in a more intuitive way. Many years ago, Pieter-Jan Pieters (founder of OWOW) did not get into music academy because he could not read sheet music even though he was making digital music on a regular basis. This caused him a lot of frustration that eventually translated into a new breed of musical instruments. These instruments project human passion and intuition into the way you make music.

IDFA DocLab: How to Draw Virtual Reality by Hand

For the 9th consecutive year, SXSW invited IDFA DocLab to guest curate a session for the SXSW Digital Domain program. This year, they focus on the exciting new frontier of hand-drawn virtual reality. This relatively new form of VR brings a physicality, personality and intimacy to the medium that is hard to achieve in traditional 360 video or computer animated projects. DocLab presents an in-depth case study at SXSW featuring ‘Drawing Room’, one of the first and most successful hand-drawn virtual reality artworks ever.

‘Drawing Room’ was created by the pioneering visual artist Jan Rothuizen and interactive designer Sara Kolster in 2015 and premiered as a VR installation at IDFA last November. It went on to win the DocLab Award for Digital Storytelling and is currently travelling the festival circuit. Rothuizen and Kolster will showcase the project, address some of the biggest challenges they faced and share their vision on the future of hand-drawn virtual reality as a medium for storytelling and art.

Scent as a Postdigital Medium for Storytelling 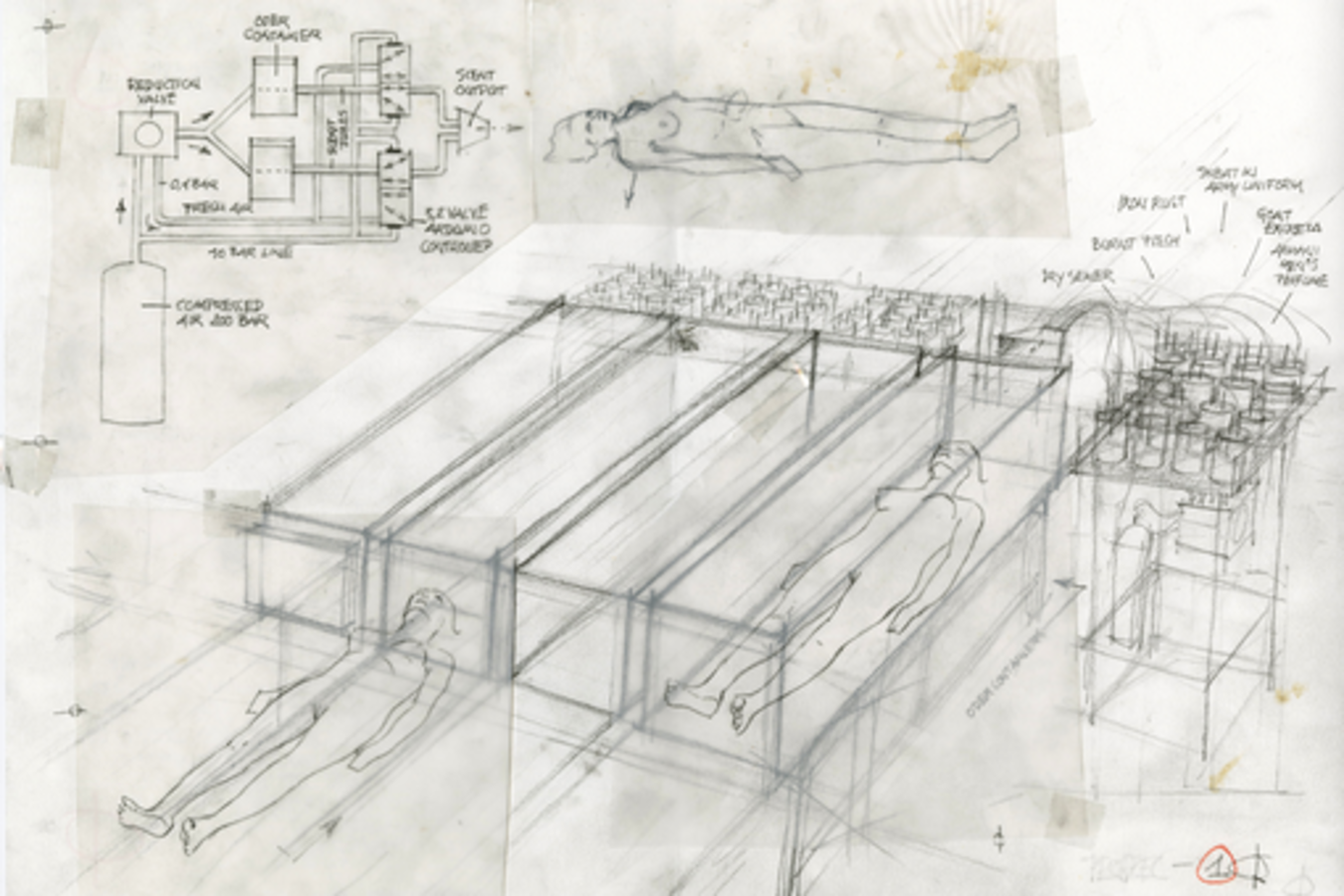 Scent is a very forceful medium. We stand powerless as it penetrates our nostrils triggering deeply emotional responses. Scent has the power to seduce us or to instill in us a feeling of unease; guiding our behavior and propelling us into action. This makes scent an ideal medium for storytelling and engaging an audience on a visceral level. The panel, including Dutch artist and filmmaker Frederik Duerinck, will present the best practices in using scent as a postdigital medium. It will discuss the challenges of the industry, the medium specific properties of scent and its effects on communicative practices. It will investigate the neurological effects of scent and the use of innovative technologies for the creation of effective storytelling with scent. 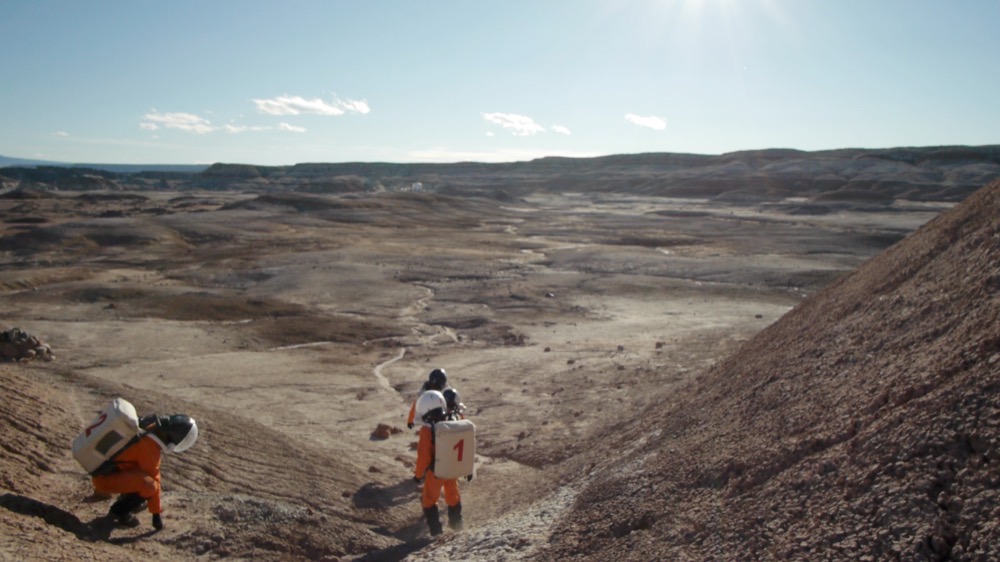 Smartphones are bad for cinema. They shrink a director’s vision down to postage stamp-sized blur. They buzz constantly with push notifications, splintering users’ attention across multiple applications. To many filmmakers, phones are not screens for watching movies so much as pocket-sized harbingers of the apocalypse. Eline Jongsma and Kel O’Neill disagree. The Emmy-nominated documentary team see smartphones as an exciting platform for touch-based, multi-format storytelling—which is why they opted to make their latest project, EXIT, exclusively for phones. In this session, Jongsma + O’Neill unveil EXIT for the first time, and discuss their love-hate relationship with own mobile devices.

Adaptive Interactions in the Internet of Touch 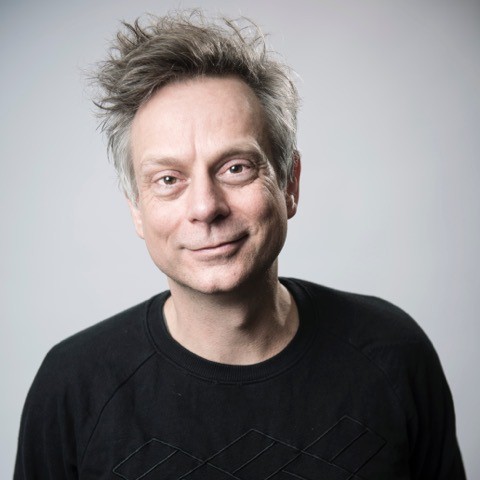 The wave of second-skin connected devices like smartwatches unlocks a new interaction paradigm of tiny haptic interactions. Vibro-stimuli have proven to be a very strong new interaction form. In this workshop you get introduced how to design for this ‘internet of touch’. The workshop is for everyone that plan to add haptics to their designs. You get an update from the latest research on haptic interactions and will explore hands-on the power of vibro-stimuli and feel different vibration-types and experiment with them. In a short design session Iskander Smit will discuss the use of the stimuli and you will have the opportunity to make a basic communication device of your own. 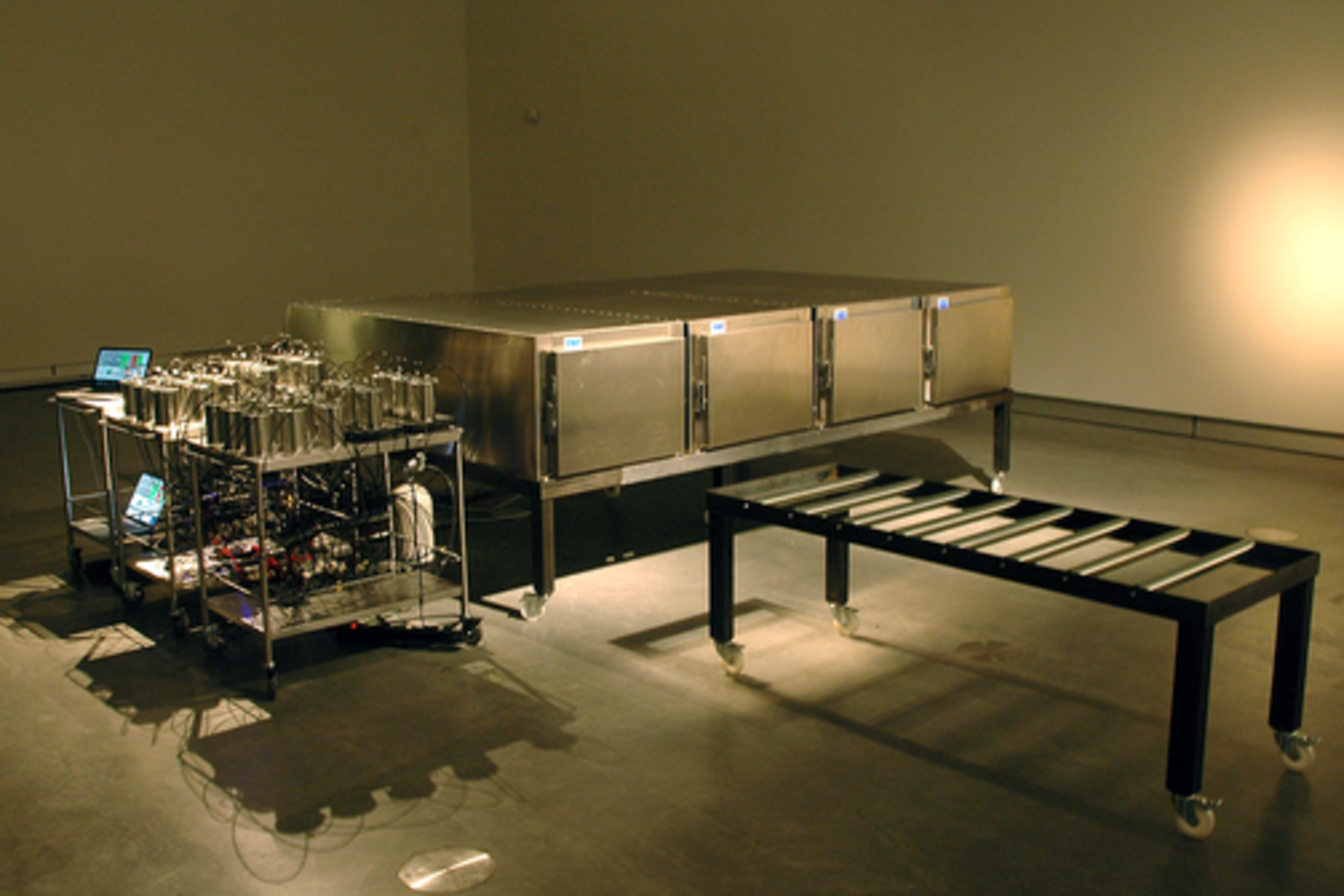 Scent is a powerful virtual reality tool to immerse audiences in a story. In this workshop you will learn and experience what smell can add to your own practice. After an introduction to the characteristics of scent, designers from the Institute for Art & Olfaction and the ‘Sense of Smell’ Project, will walk you through the process of scent design. You will explore scent design strategies (blending, diffusing and scratching) and experiment with some of the mechanical, technical and digital solutions used when working with scent. By the end of this workshop you will have created an immersive experience with scent and have a better understanding of using scent as a storytelling tool.

Linking Art and Science Through Technology 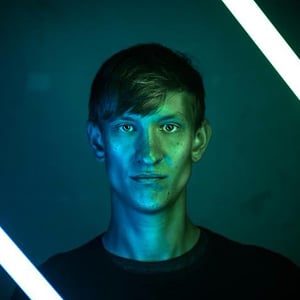 This presentation shines light on the currently popular relationship between Art and Science, and how this linkage is actualised through Technology. Nick Verstand addresses what is possible in this relationship and what is not, and how to work together with scientists from an artist’s point of view. As a starting point Verstand uses examples from his own artistic practice, specifically his latest piece ‘ANIMA’. This immersive interactive AI installation, which he calls a ‘digital entity’, interprets body movements and sounds from observants, and communicates by expressing its emotional state through an emulated digital fluid on it’s spherical surface. In the process of constructing this installation Verstand worked together with artificial intelligence researchers in order to create an intelligent interaction model. 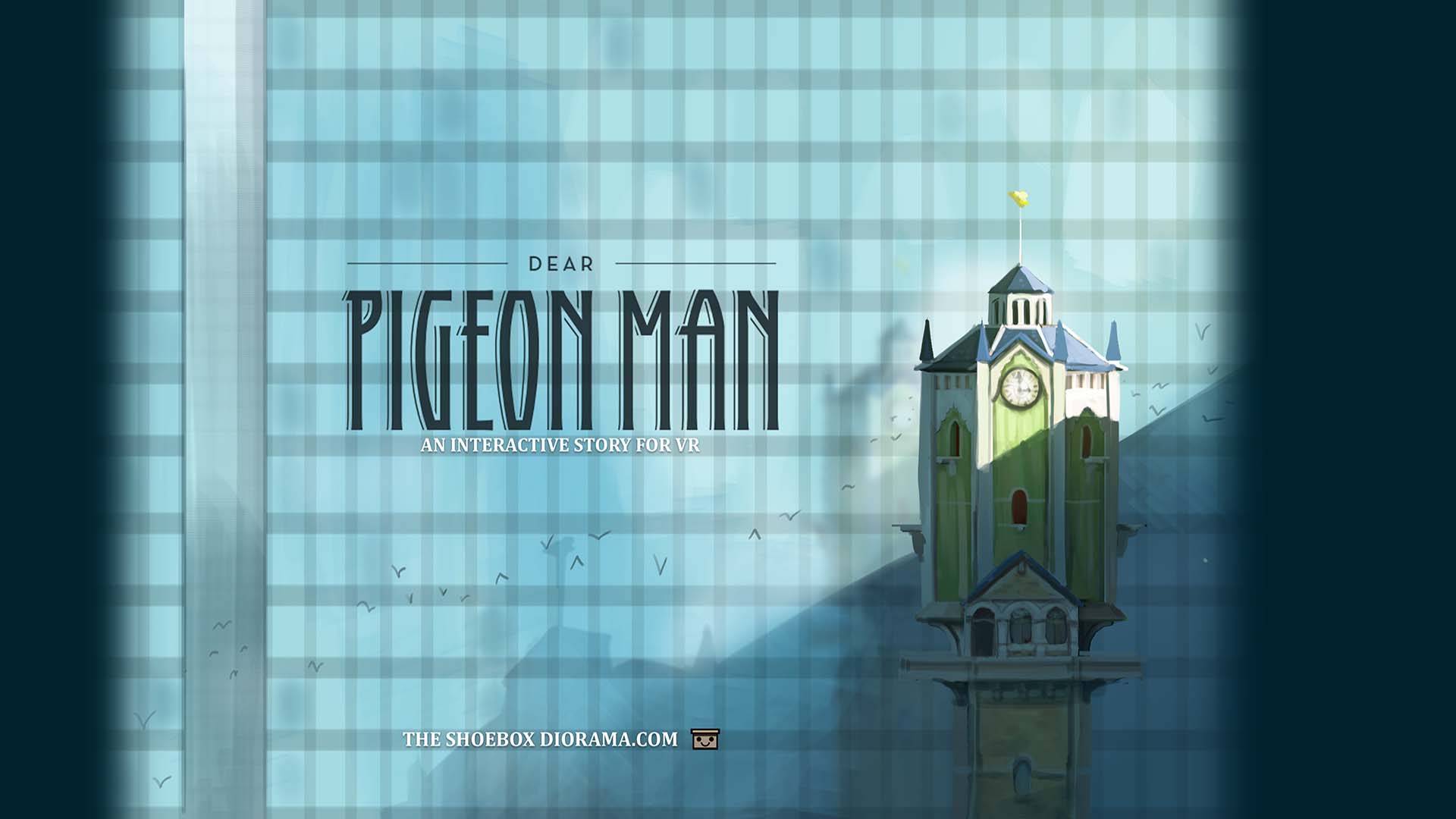 The VR/AR experience is a new, hands-on exhibition, featuring a selection of the best new virtual and augmented reality technologies. Here, interactive illustrator Daniel Ernst will present a selection of VR stories and games in a variety of interactive animated dioramas. His oneman company The Shoebox Diorama creates diorama type experiences for virtual reality devices and installations. Dioramas are fantastical handpainted 3D environments in which the user has to but one thing, be amazed. 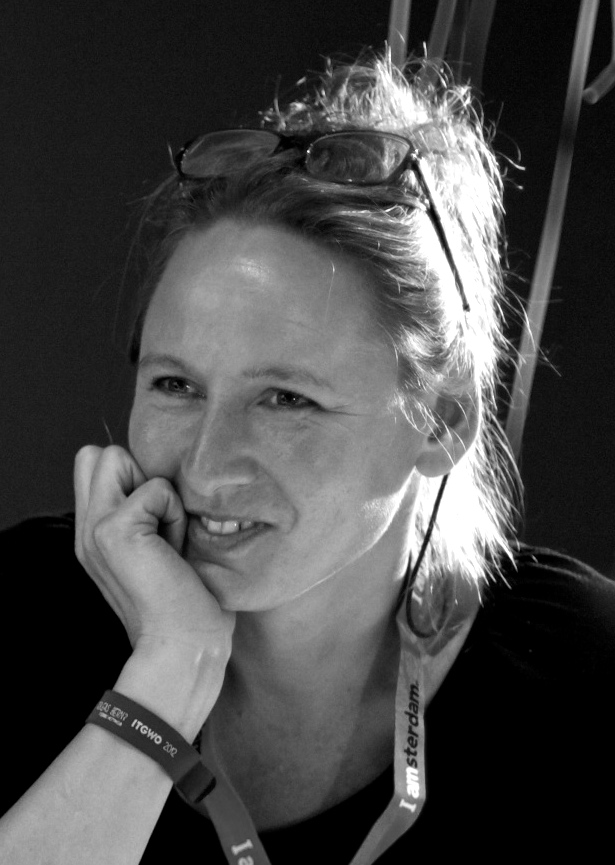 In this panel Curator Paulien Dresscher and Game Developer Niki Smit expand the boundaries of games and interaction by focusing on the human expression at large: voice, touch, breath etcetera. By using numerous examples in which alternative game controllers are explored, the space between the virtual and the physical is redefined and a new area of creativity and interactivity will be sketched. Simultaneously, chances and possibilities of these new modes of play will be discussed on the level of cognitive and emotional development and meaningful interaction. 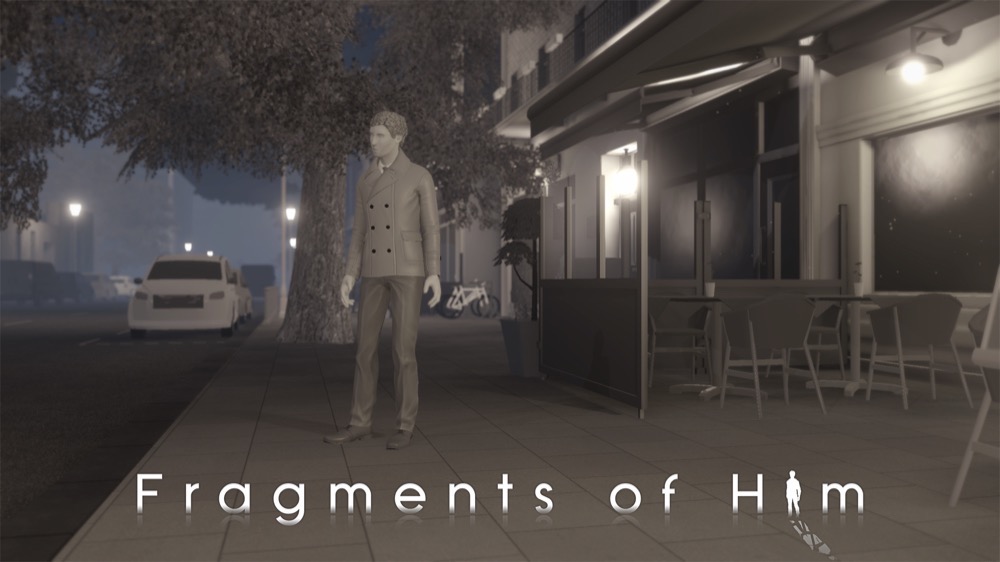 Sassybot Studio is a Dutch start-up that specializes in game development and consultancy, founded by Tino van der Kraan, Creative Director, and Elwin Verploegen, Lead Programmer. Sassybot is nominated for a SXSW Gaming Award for ‘Fragments of Him’, an interactive story about a youngman who has died suddenly and left his friends and family behind to pick up the pieces. What were his last thoughts, what were the moments in which he changed their lives, and how will their lives be without him? ‘Fragments of Him’ is nominated in The Gamer’s Voice category, which is unique in that is purely focused on indie developers and teams with titles released in the 2015 or 2016 calendar year. 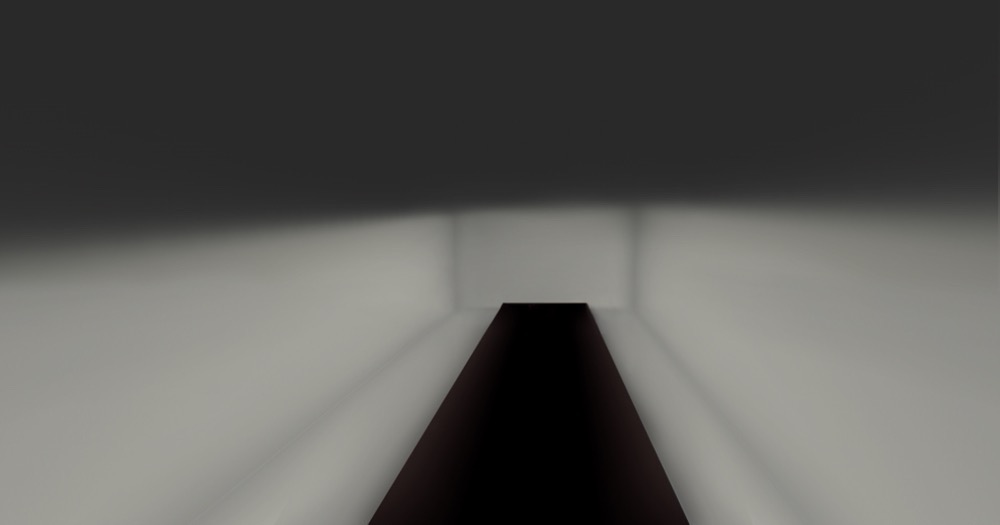 SXSW presents ‘Silent Room’, an installation by Simon Heijdens. A fully soundproofed anechoic space in the middle of the festival, in which visitors enter and spend a moment to experience the overwhelming sensation of absolute and complete silence, a completely unmediated state.