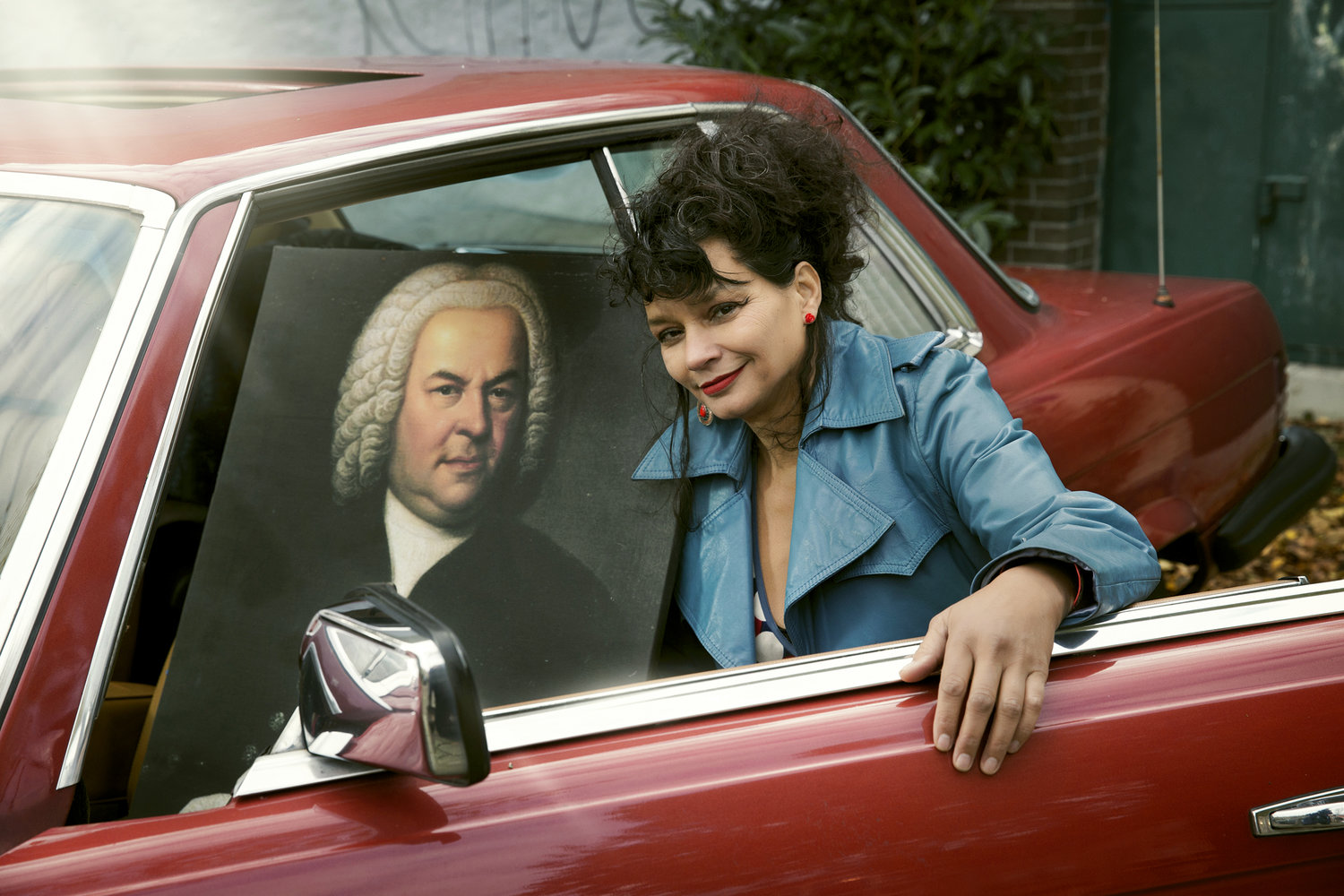 In April 2019, Dutch viola player Esther Apituley brings an ode to Bach with a series of performances in theater The Downstairs at LaMaMa in New York’s East Village. Bach & Bleach is a musical theater production in which a viola player and a cleaning lady accidentally meet on stage. It seems as though the universe has been working to bring these two people together here and now. Bach’s music opens up the cleaning lady’s imagination, and the music shows her that she has more to her than she thinks. Bach & Bleach is an ode to the power of the imagination and to the emotional power of Bach. At Esther Apituley’s concerts, the finest classical music is performed in an informal, intimate atmosphere. Working with a local choir and a mix of young Dutch and New York musicians brings an extra dimension to the show. In short, Esther Apituley brings a fresh, new approach to performing classical music.

Watch a trailer of the production here:

For more information and tickets, see the website of LaMaMa.

What a fantastic show, with charming, talented young musicians. The choir of garbage collectors at the end was a stroke of genius, and the Chaconne was played superbly. Paul Witteman (TV host)

How can I put this? I was moved - it touched my heart. I laughed and cried, and I was astonished and surprised. It was a fantastic performance. Everything was just right - the crazy musicians, the Chaconne, during which Esther snorted like a horse, and the passionate performance. Hein Hansen (TV journalist) 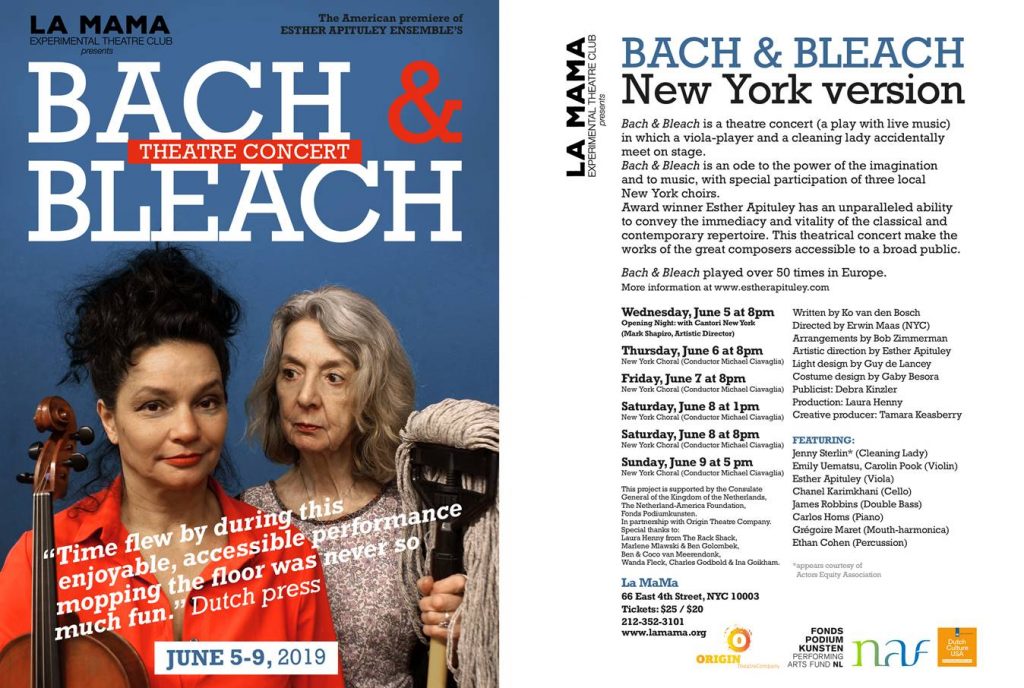