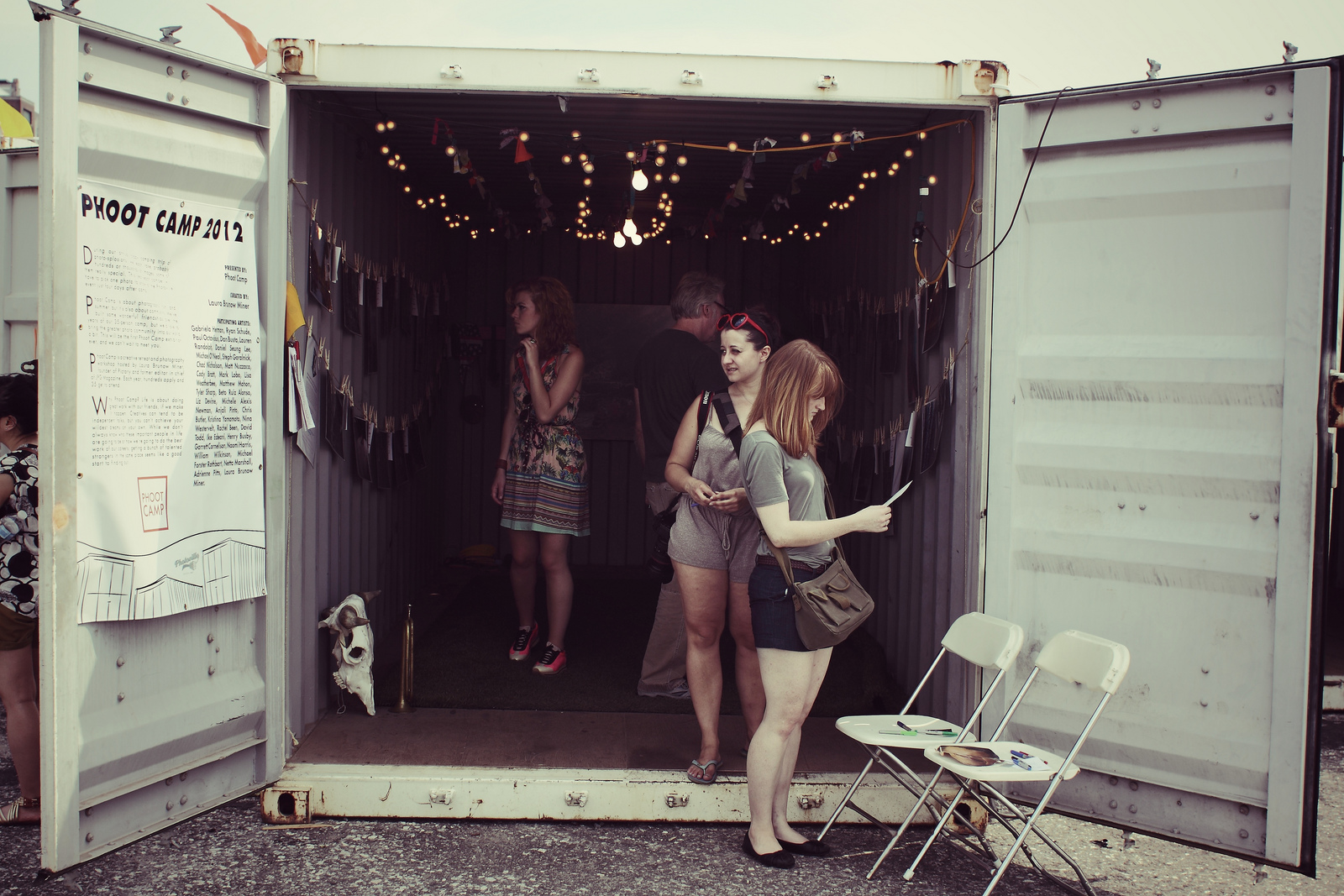 45 Dutch photographers show their work at the PHOTOVILLE exhibition, which is built from freight containers transformed into exhibition spaces.

45 Dutch photographers show their work at the PHOTOVILLE exhibition, which is built from freight containers transformed into exhibition spaces.

‘Those three men’ are the Dutch masters Rembrandt, Vermeer and Frans Hals. In the golden age of Dutch painting, which coincided with the initial ‘discovery’ of New York, they explored painting genres like landscape, still life, and portraiture. These men were the basis, they were the beginning. The beginning of what would become the adventurous road to modern Dutch photography.

The Netherlands has a special position in the global photographic community, which can partly be attributed to several big photographic institutions which have flourished over the past 20+ years. But the Dutch mid-career photographers at Photoville also still learn the basics of photographic aesthetics from their painting Masters, who are celebrated for their knowledge and mastery of composition and color.

But what can the painters really teach us about the modern art of photography? As it turns out, plenty. Strong colors, contrast, center of interest, the rules of composition: The Dutch masters knew how to create extraordinary imagery. In a sense, photography with its technical possibilities is a means of continuing the ‘descriptive’ arts. Dutch photographers ‘paint’ with their camera, sometimes accompanied by the characteristic ‘Dutch’ light. There’s an ancient myth that the light in the Netherlands is different from anywhere else, bringing Dutch based photography talents to the attention of galleries, and museums abroad.

Taken as a whole, the presentations of the Dutch photographers at Photoville are so diverse, and the work of each individual photographer is so characteristic, that no formal features of a timeframe as such can be defined – except, perhaps, the fact that they travelled all over the world to take their pictures, to exhibit all the way in Brooklyn.

Traveling is part a long-standing Dutch tradition, and it can be considered truly remarkable that more than 10% of the photographers in Photoville are of Dutch origin. It is not by chance that the theme of this years’ photo festival Naarden is ‘Don’t Stay Here, Dutch Photographers on the Move‘. This exhibition didn’t travel to the Dutch village Breukelen (Brooklyn), less 12 miles away from its mother city Naarden, but to Brooklyn, moving more than 3600 miles from its original location.