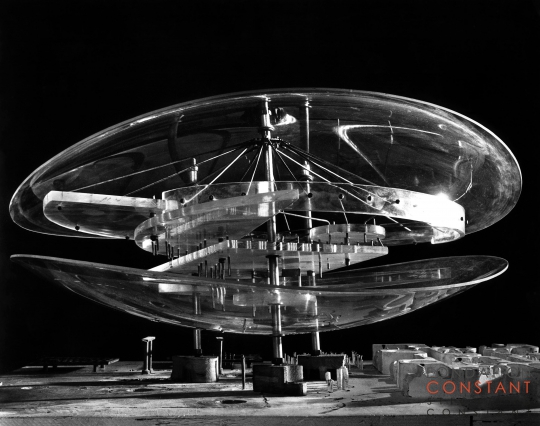 Constant Niewenhuys (1920-2005) was a Dutch artist, writer, musician, and architect. Together with Karel Appel and Corneille he formed part of the Dutch component of the famous artistic Cobra movement. In 1956, however, Constant moved away from painting and submitted himself fully to his design for a futuristic city called “New Babylon.” In drawings, films, collages, texts, and models he expressed his desire for a city in which man is liberated from manual labor; a city where Homo Ludens, the creative man, is free to develop his creativity. This liberation would be possible due to the collectivization of land and all labor becoming fully automated. The highest achievement would be for everyone to be able to create his or her own life. In Constant’s words: “To succeed in life is to create and re-create incessantly. Man can only have a life worthy of himself if he himself creates. When the struggle of existence is no more than a memory, he will be able, for the first time in history, to freely dispose of the whole of his life. He will be able, in complete freedom, to give his existence the form he desires.” 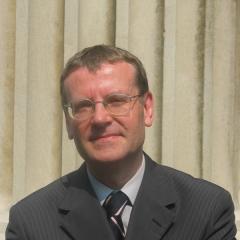 Mark Wigley is an accomplished scholar and design teacher. He has written extensively on the theory and practice of architecture, and is the author of a Constant Niewenhuys biography “Constant’s New Babylon: The Hyper-Architecture of Desire”.  Wigley studied architecture at the University of Auckland, New Zealand. 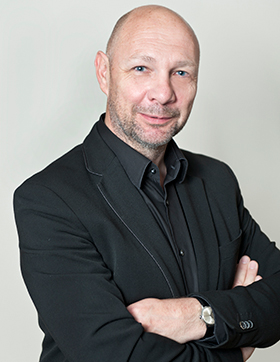 Ludo van Halem is the curator of 20th century art at the Rijksmuseum in Amsterdam. Before the Rijksmuseum he worked as a curator at the Stedelijk Museum Schiedam, as editor of the magazine “Jong Holland,” and as researcher for the Dutch Organization for Scientific Research, with a focus on the pogram “Dutch Culture in a European Context.” Van Halem studied Art History at the University of Leiden in the Netherlands. 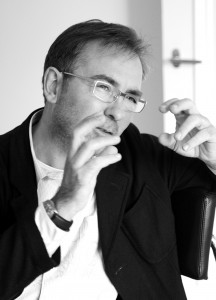 About IIT College of Architecture

The discipline of architecture at Illinois Institute of Technology is as old as the school itself. The program produced generations of influential architects who rebuilt Chicago into a modern city after the Chicago fire. Among those who were involved with the school were Louis Millet, Daniel Burnham, John Root, and William Le Baron Jenney. In the fall of 2012, Wiel Arets was appointed Dean of IIT’s College of Architecture. His approach is NOWNESS: “There are no more boundaries, no eternal forms. We should not attempt to define architecture in an all- encompassing way but instead make possible an architecture of freedom. Now is the time for opportunities of innovation. Now is the time to conceive new strategies…IIT Architecture provides a platform for questioning architecture; for encouraging childlike curiosities to be explored; and for reshaping, rewriting, and rethinking our global metropolises.”