In the vein of blockbuster thrillers such as ‘The Girl on the Train’ and ‘The Good Girl’, William Morrow is proud to present ‘Girl In The Dark’, the American debut of internationally bestselling author Marion Pauw. This domestic thriller has taken the Netherlands by storm and its psychological twists, high concept plot, and riveting characters are sure to be devoured by an American audience.

About ‘Girl In The Dark’

‘Girl In The Dark’ is an irresistible combination of suspense, and heart-wrenching family drama. At the heart of the narrative is a brother-sister pair who are unaware of one another’s existence for decades, until they are united by a gruesome murder case. Iris is a successful lawyer and single mother, juggling a son with behavior issues and a crushing workload.  By complete chance, she discovers the existence of her brother, Ray Boelens, who is autistic and in prison for brutally murdering his neighbor and her young daughter.

When a horrified Iris visits her brother behind bars, she is barraged with conflictions.  She is faced with a man who resembles her own son.  A solitary and chronically lonely man who loves his saltwater fish tank, yearns for his past life as a baker, and vehemently maintains his innocence. He is different from those around him, and certainly harbors obsessive tendencies, but could this seemingly naïve man truly be a cold-blooded killer?

Told in the alternating voices of Iris and Ray, ‘Girl In The Dark’is a spellbinding thriller about murder, lies, unrequited love, and the complicated bonds of family that persist even in the face of seemingly insurmountable odds.

Marion Pauw is an author and screenwriter. Her novel ‘Daylight’ (aka ‘Girl In The Dark’) won the Golden Noose Award in the Netherlands and has sold more than 200,000 copies in Europe. “Girl in the Dark” is her US debut. On Tuesday February 16 (7 PM-8:30 PM) there will be a book presentation by Marion Pauw at The Netherland Club in New York. “Girl in the Dark” can be purchased with personal authograph from Marion Pauw after her book presentation. If you would like to join, please write an email to: info@netherlandclub.com. 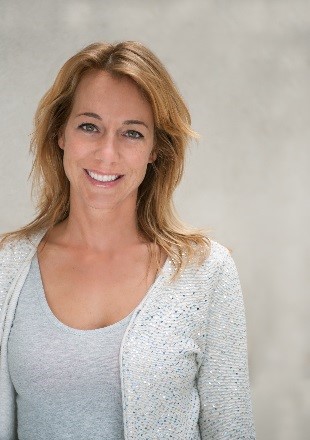 Details ‘Girl In The Dark’